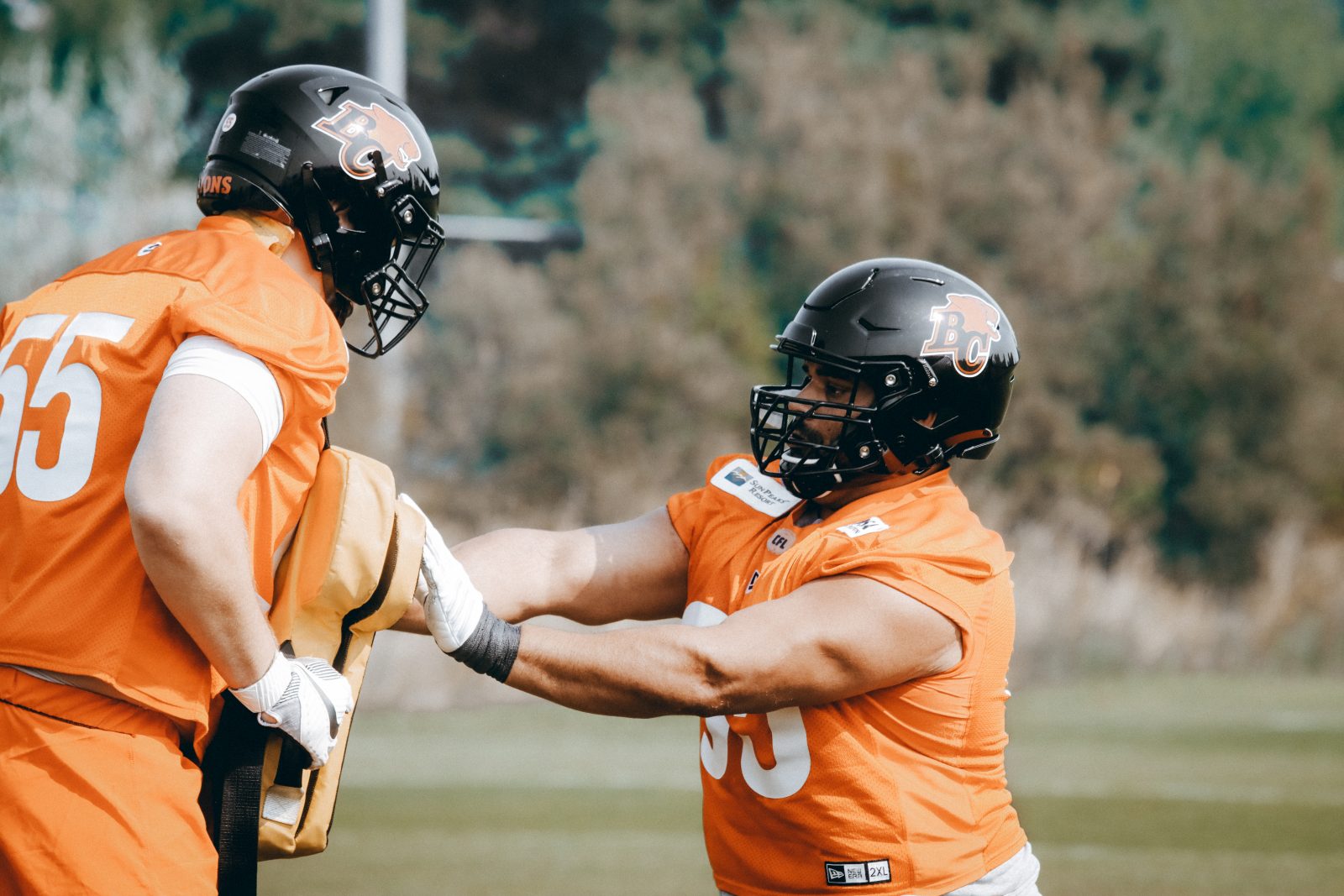 It has had the look and feel of a Lions training camp like no other. Nearly 100 players on the field to start, all kinds of COVID protocols and that minor detail of the majority of players trying to shake off the rust after not strapping on pads or a helmet in nearly two years.

Through it all, yours truly has noted a few impressive anecdotes about the 2021 Lions in Kamloops. With ten days in the books and nine more days of on-field sessions (including two more scrimmages) on tap, we take a look at five big takeaways from 2021 training camp at Hillside Stadium.

Whitehead And Rhymes Will Add Much More To Receiving Corps.

With Bryan Burnham, Lemar Durant, Shaq Johnson and Jovon Cottoy already on the roster, this receivers group was already looked upon as a major strength. Free agent additions Lucky Whitehead and Dominique Rhymes will make it even better. Pretty much every long reception for Whitehead during team drills has gone for a major. His speed has definitely come as advertised and he credits a couple of lifestyle changes for making him even better.

Rhymes has also proven to be a very effective piece in the offence, his size giving him the advantage to gain extra yards on shorter passes. His familiarity with head coach Rick Campbell has also been an asset.

Another former REDBLACK, Jason Scarfone, has also stood out while American newcomer Keon Hatcher has also faired well. Surely some tough choices to come for the coaching staff when you factor in all of the young talent on display. 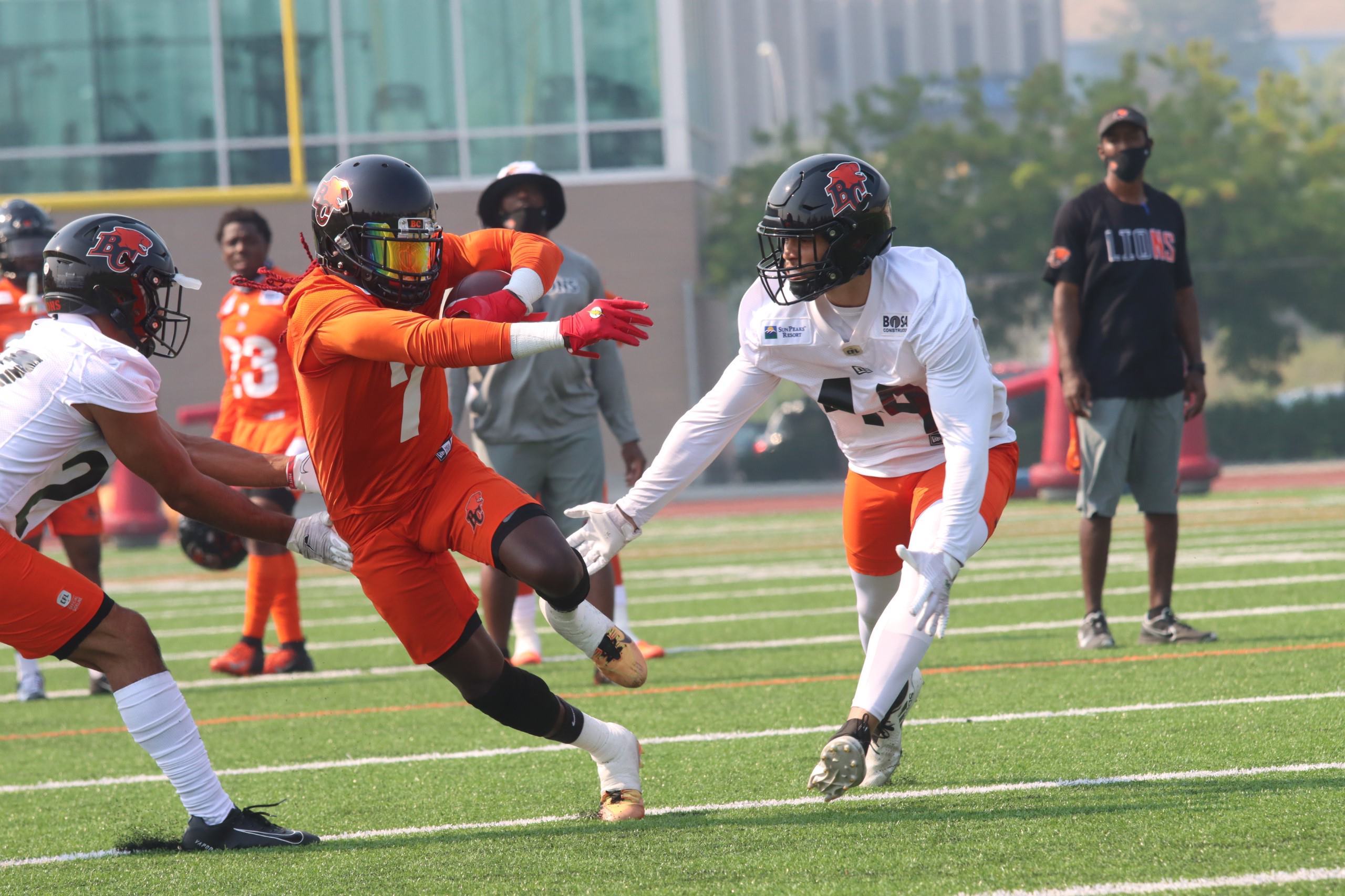 The extra work training together has so far paid massive dividends for veterans on the offensive line. The likes of Joel Figueroa, Sukh Chungh, Peter Godber and Hunter Steward spent the better part of the last 19 months engaging in regular workouts, the goal, of course, to improve on what happened in 2019.

That shows with the solid play and chemistry this unit displays on the field. Free agent addition Ryker Mathews has fit right in, while third-year Lion David Knevel looks to once again be a versatile piece up front. The quarterback and running back play have benefited from all of this as well. 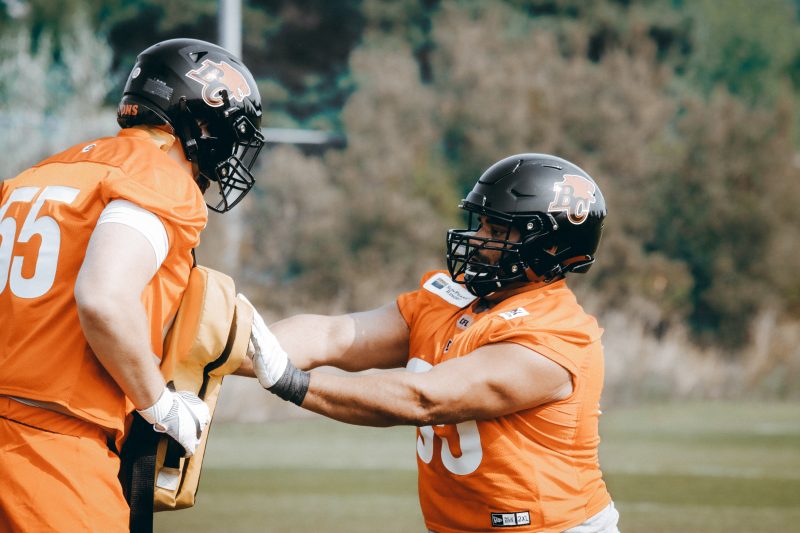 Many viewed this secondary as the unit on defence with the least amount of question marks. Veterans TJ Lee, Garry Peters, Anthony Cioffi and Marcus Sayles give them the production and leadership required to perform at a high level.

That has to be an encouraging side for any coaching staff; the fact a position group viewed as a strength gets solid production from those maybe not at the top of the depth chart on day one. A lot of these folks battling for spots will also prove their worth on special teams. 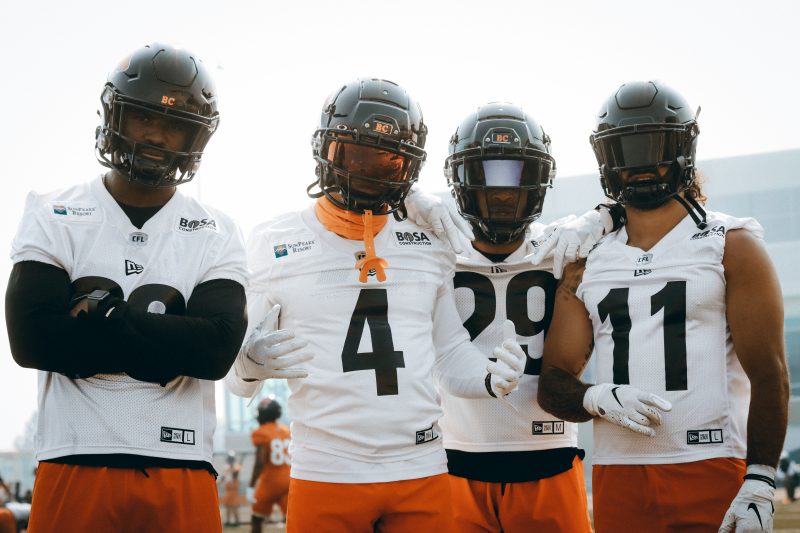 This can definitely be viewed as a product of missing so much time. This camp has had a lot more yelling and back and forth compared to previous ones this writer has been a part of. The same can be said for the occasional pushing and shoving after plays. Simply put, there is an edge to this camp on the field and that’s a great thing.

Last weekend’s first scrimmage felt like a game environment based on hooting, hollering and trash talk engaged between offence and defence. You love to see that. So does the coaching staff. Expect that intensity to only increase in the back half of camp and the remaining two scrimmages.

The smoke cleared and allowed for a full three-and-a-half-hour practice on Tuesday morning at Hillside Stadium. Some of the best plays came in the one-on-one sessions where Chris Rainey and David Mackie both made highlight-reel grabs.

Hatcher was once again noticeable in team sessions, making a couple of big catches. Obum Gwacham was one of the more effective pieces on defence, recording one sack in the early session. Defensive back Kiante Hardin- speaking of that battle in the secondary- made a brilliant break up on a deep ball thrown by Nathan Rourke.

And of note, before we forget, Michael Reilly was back on the field in full uniform taking part in a chunk of the drills Tuesday morning. Great to see for QB1. Will Arndt still took command in the team drills with the number one unit.