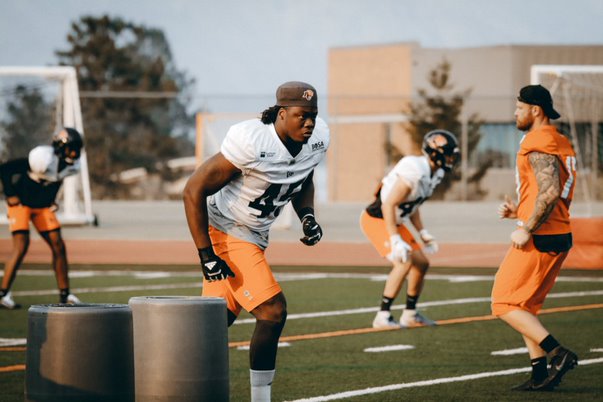 It’s a new chapter for Tim Bonner. The star in the second season of the acclaimed Netflix series, “Last Chance U” arrived in Kamloops with a mindset of making the final roster that’ll be traveling to Saskatchewan in less than a month.

First, he must adapt to a different game and possibly playing a new position.

“One on one drill was a little different for me because I was at the three-technique, I’m used to playing in the five [technique]. So I’m trying to learn this side but I did well for a first time at three-technique,” said Bonner after the morning practice in Kamloops.

The defensive line battle has been competitive. J.R. Tavai and Chris Casher are the only familiar names in the CFL. The rest of the defensive line group also contains multiple physical specimens who are born to dominate the line of scrimmage. To name a few: Obum Gwacham and Ufomba Kamalu are lining up as edge rushers. Josh Banks and Court Hammond are primarily at defensive tackle.

Bonner, who lined up as a defensive tackle at practice early this week said he’s blessed to be back on the field. So far, he has been enjoying every moment in Kamloops. During the first few days of camp, Bonner — in Canada for the first time, unfamiliar with the environment, teammates has quickly broken out of his shell and began to flourish with the rest of the team.

“It’s been good. I’ve met some new teammates. We’re getting along well. Everything is still a business, we are all trying to make the team,” Bonner said.

Because of the Netflix hit, the viewers saw Bonner’s vibrant personality and were immediately hooked to the show. As well as the ups and downs of each season, where the showcased teams revealed the reality of junior college football in the U.S. The players, coaches and staff showed perseverance when the odds were clearly against them.

Bonner said he is one of the few lucky ones to be still playing the game he loves.

“A lot of dudes I played with don’t even play football no more. So I was like damn, I’m the chosen one I guess. That shows you how life goes on sometimes. Some people keep playing and some people don’t keep playing,” he added. 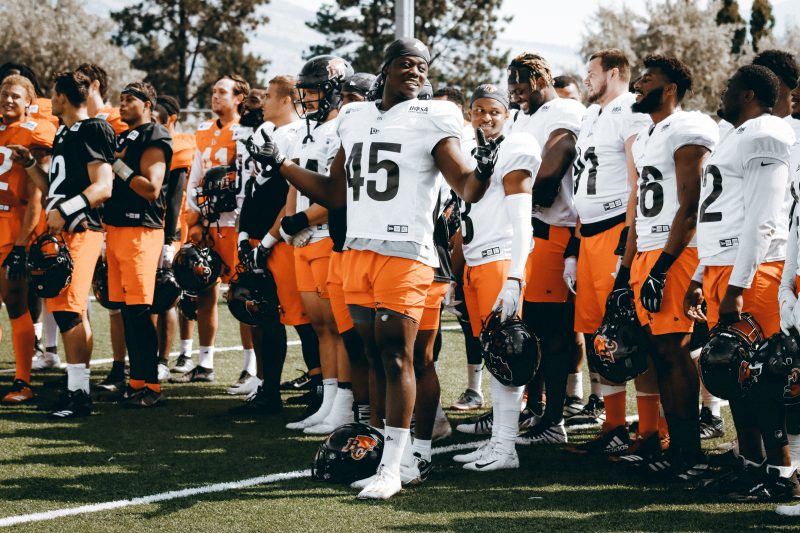 Tim Bonner leads the rookies in the singing of O Canada prior to last Saturday’s team scrimmage in Kamloops.

Many saw Brittany Wagner, the former academic counselor at East Mississippi Community College (EMCC) as a mentor for the student-athletes in seasons one and two. Wagner was one of the reasons why Bonner is still playing football today. She cared for Bonner and the rest of the student-athletes. She pushed the athletes who were struggling with academics to be the best they can be and earned their scholarships to college.

The 6’5’’ defensive lineman then transferred to Florida Atlantic University and played three seasons for the Owls. Bonner kept the same motto since he was at EMCC. “Dummietime” as he would call it. This means he’s done waiting and he’s about to go hard on the field. He doesn’t want people to misinterpret his motto of calling himself dumb.

It’s positive self-talk that helps him to live his life to the fullest and don’t take anything for granted.

“I’m not calling myself dumb, I’m just going to go dumb on the field like you have no care and have fun with it. It’s positive talk,” Bonner said.

The FAU standout signed with the club in December 2020. As excited as he is to be back on the field and has been enjoying his time in the CFL so far. He has one primary goal at the moment.

“I’m just happy I get to play in the pro. I didn’t get a chance to play last year so I hadn’t gotten my opportunity. Now, I’m here so I want to make the team,” he said.

One prime example of a BC Lion who dominated in the CFL and NFL is Cameron Wake. He joined the Lions in 2007 as a free agent and made an immediate impact on the defence. Wake led the CFL with 16 sacks in 2007 and registered 72 tackles. He would become the first player in the CFL to win Rookie of the Year and Defensive Player of the Year in the same season.

The defensive line battle for the final roster is still wide open this year with intriguing American talents. As well as two Canadian draftees: Court Hammond and Alfred Green are competing with the rest of the defensive line. It’ll be something worth paying attention to who will serve as the Lions’ defensive forefront in 2021.

“I’m lowkey liking the CFL because it’s something new. But you know my dream has always been the NFL. This experience and opportunity right here are to let all the people know that I’ve been in the CFL, I’ve been in Canada. It’s like an add-on to my life,” Bonner said.

EMCC indeed may not have been a true ‘Last Chance.’ 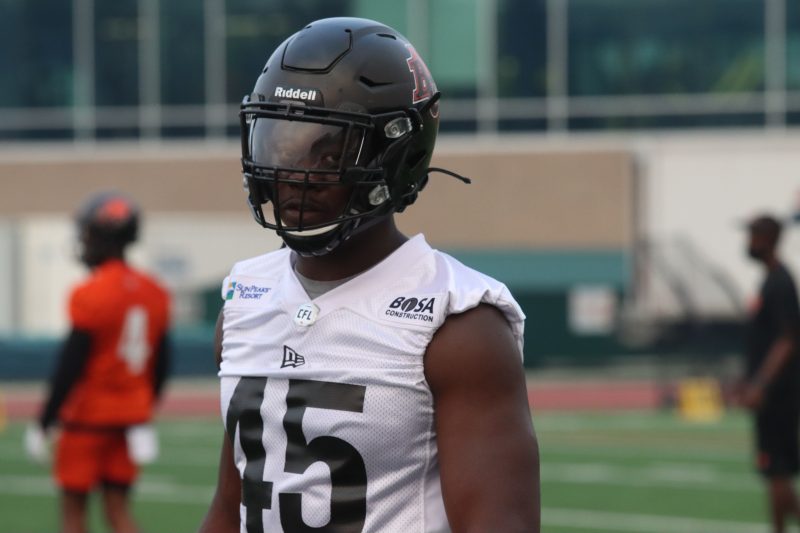 After another spirited single practice on Wednesday morning, the squad will be back on the field from 8:30-11:00 am at Hillside on both Thursday and Friday, leading up to the second team scrimmage on Saturday.

Head coach Rick Campbell is emphasizing more team competition in the tighter practice windows as we now approach the two-week countdown to play a meaningful football game in Saskatchewan.

Both offence and defence continue to trade punches in the team drills as time becomes a factor before final cutdowns later next week.