Yamasaki | “I take pride in being one of the first Japanese players.” 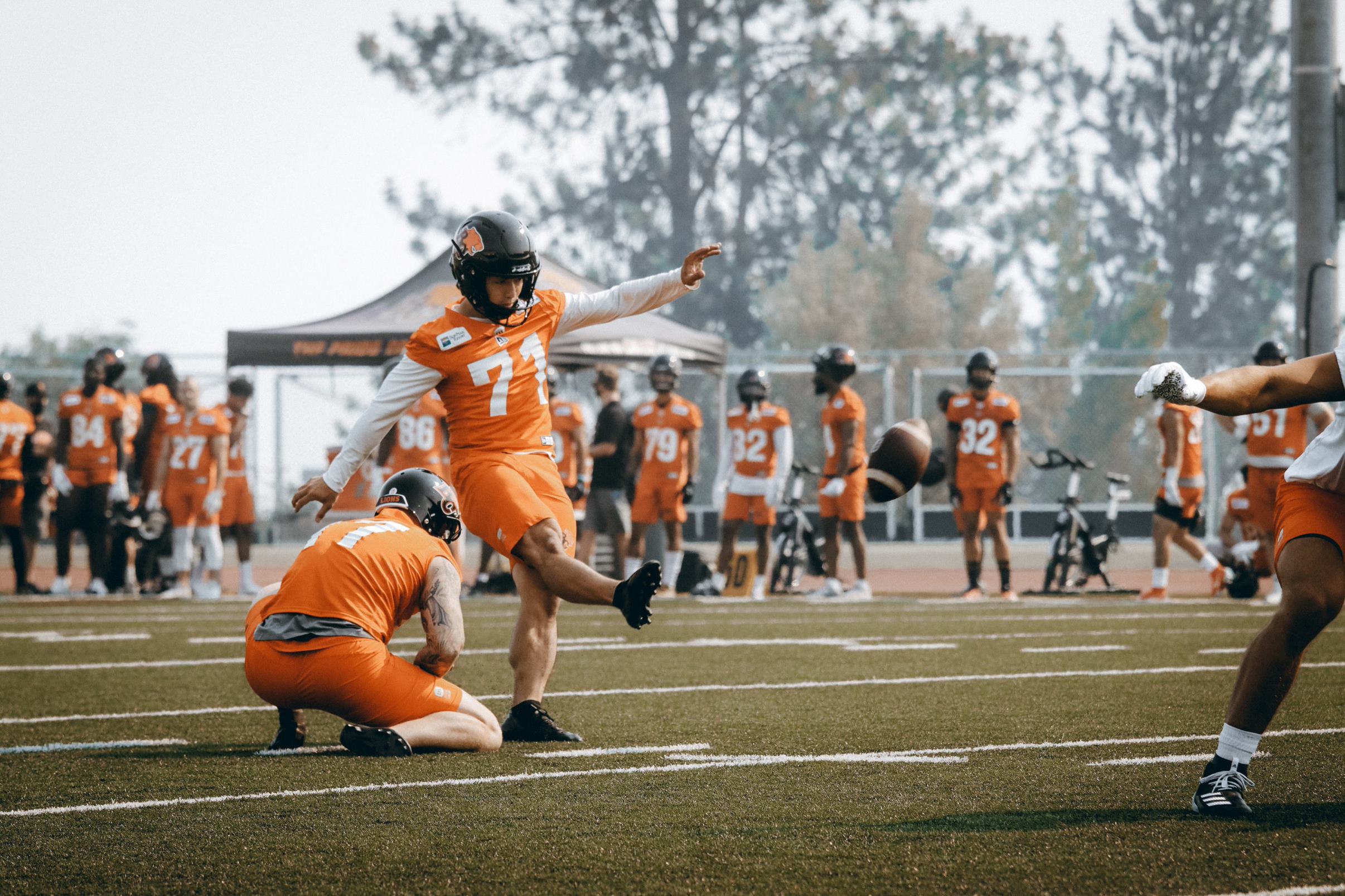 Yamasaki | “I take pride in being one of the first Japanese players.”

If his first five weeks on Canadian soil have been a culture shock, imagine what will be going through the head of Takeru Yamasaki when he lines up for his first field goal attempt in football-mad Saskatchewan on Friday. The good news for the squad’s rookie Global kicker? He’s doing his best to just approach it like business as usual. He’s also proud to be blazing a trail for a new crop of Global CFL players.

“I’m very excited to get out there and kick,” Yamasaki said in an interview with bclions.com.

The CFL’s Global initiative has certainly been met with mixed reactions. Yet Yamasaki has proven he is worthy of being here. If the highlights of him kicking 70-yard field goals in practice prior to his arrival in Canada weren’t enough to get you excited, he has now made the roster on his own merit. The Oita, Japan native has tried to use the same approach he always has, whether that was in university football in Osaka, the Japanese X League and his latest experience in the United States Spring League in 2019.

“Canadian football is indeed different, but at the end of the day, I don’t think about it. I still have the same job to go out there and make kicks. And then whether or not the kick is good, I have to get downfield and cover,” he said of his assignments.

One thing that will help him feel closer to home is the large Asian demographic in his new football home. Along the way, he also sees that as an opportunity to sell tickets and get a new group of fans interested in Lions football. He has quite the personality, so maybe a role in helping sell tickets can suit him as he gets more accustomed to the lifestyle.

“I haven’t had a chance to get to know the city yet, but I do know about the large Japanese culture in Vancouver,” he said.

I’d love to have as many of them come out to watch our games as possible. That will greatly inspire me. I’m proud to be a member of the Lions!”

Yamasaki used all of the downtime in quarantine to get to know his teammates and try to blend in as one of the new outsiders. Fellow Global teammate Jake Ford out of Australia- who will handle holding and punting duties- was one of those that took him under his wing. That’s no doubt a nice luxury to have for someone experiencing an entirely new country. 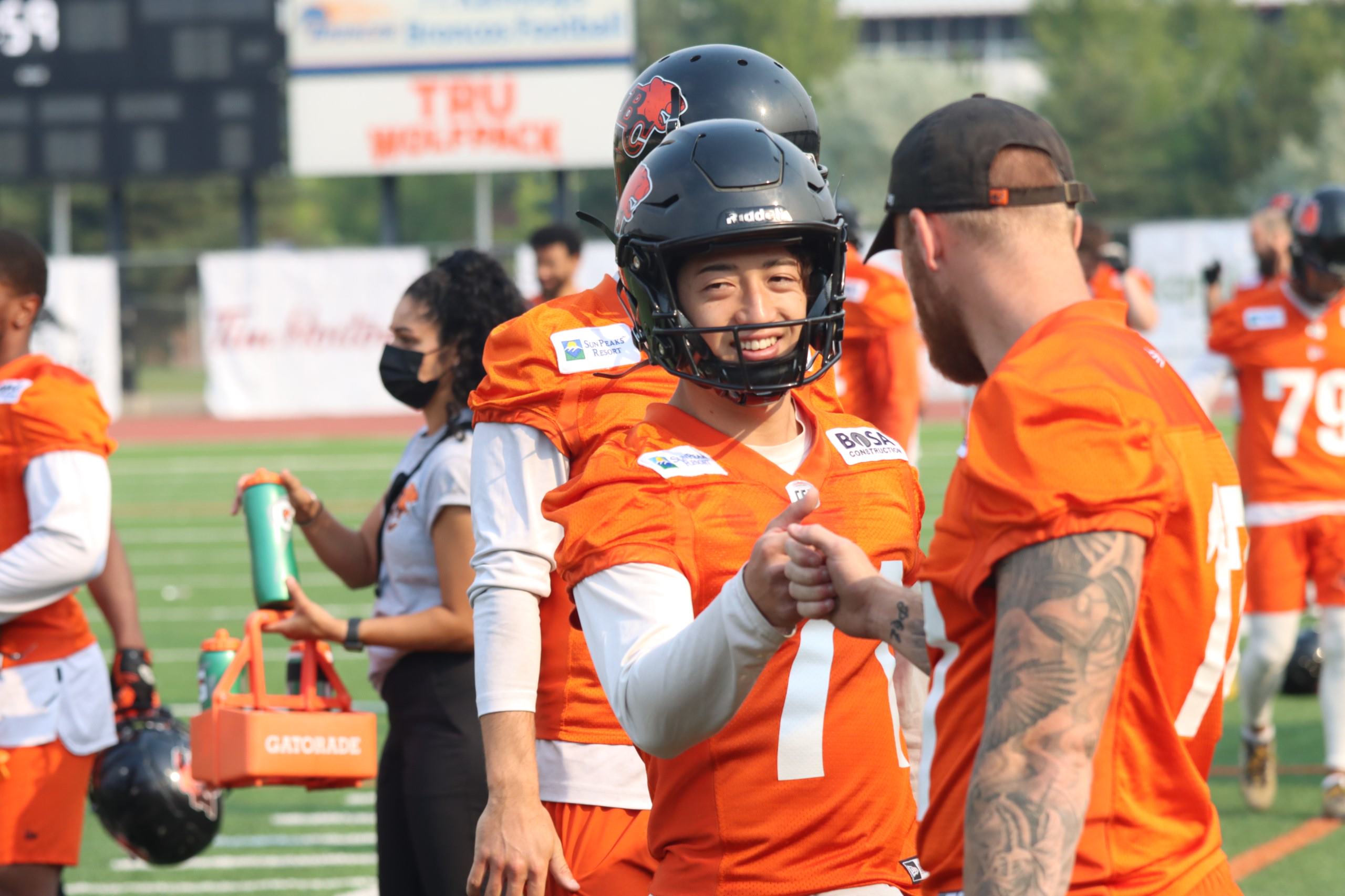 “I enjoyed camp so much,” Yamasaki said.

“Everything was new and fresh. Life, culture, practice, everything was so different. It was a tough daily schedule but I got used to it quickly. It was good to get into the daily football life right away with games starting so quickly.”

He has also impressed his coaches, including special teams coordinator Don Yanowsky who is the seasoned veteran of this 2021 Lions staff.

“He’s a very humble young man who is committed to his craft of kicking the football,” explained Yanowsky.

As for some of those other culture shocks in a pro football camp? You guessed it. The big food portions for football players are quite different than what he was used to in his native country.

“I missed Japanese food very much. I now try to go to Japanese restaurants with my teammates just to feel at home. If anyone knows any good ones in Vancouver, I’d love to hear about it.”

Kicking field goals in practice with teammates yelling and heckling to best simulate crowd noise has been helpful, but no doubt different than what he will experience this week at Mosaic Stadium. Bring it on, says the Japanese Kicking Monster.

“I don’t feel any extra pressure. I just go out and do my job. That’s it. Coach Yano says it’s all the same. I just trust the operation, my approach and my swing. It’s all about kicking it through the uprights no matter where you play. I am a bit nervous, but all I can control is what I go out there and do on game day.”

We’ve certainly been blessed with some great Lions kickers over the years. Lui Passaglia, Paul McCallum and Ted Gerela are all certainly on the team’s Mt. Rushmore. Yamasaki’s story has yet to been written, but it certainly has an exciting Prologue.