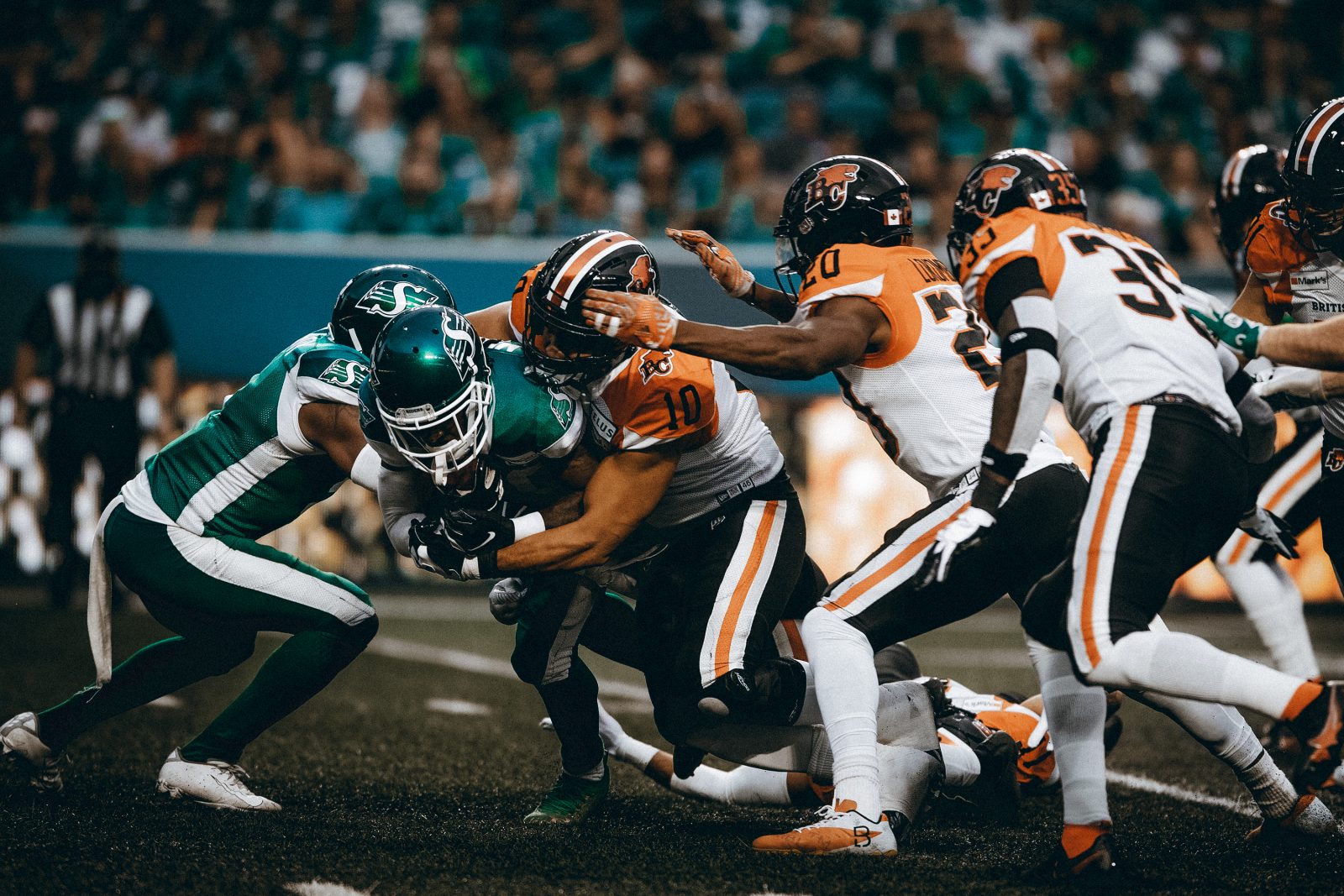 Saskatchewan Roughriders running back Marcus Murphy (20) gets tackled by BC Lions defensive lineman J.R Tavai (10) during the first half of CFL football action in Regina on Friday, August 6, 2021. THE CANADIAN PRESS/Kayle Neis

Even by CFL standards, it was a rollercoaster night in Regina. The BC Lions dug themselves an early, massive hole, survived some unexpected developments at the quarterback position and then somehow found themselves in a position to win before falling behind 33-29 in front of a sold-out, frantic crowd at Mosaic Stadium. Nathan Rourke’s second interception of the night, into the hands of A.C. Leonard, sealed the visitors’ fate with 26 seconds to play. Moral victories may not be a thing for everyone, but even with a loss to start things off, there were some positives to draw on as the team now prepares for a trip to Calgary next Thursday.

We now present some Game Takes from Bakes Takes – Matt Baker – after the Lions began 2021 with a narrow defeat.

After it appeared Micahel Reilly’s elbow injury wouldn’t prevent him from starting, it was decided at the very last moment that rookie Nathan Rourke would be thrown into the fire. He faced an early deficit and would then throw a pick-six to Nick Marshall that made the score 28-0 in the second quarter. The Lions failed to engineer a first down until Rourke hit Lucky Whitehead for a 75-yard major to give them life.

With the squad trailing 32-9 to begin the second half, Reilly entered the game and the comeback attempt was on. The veteran would finish 17/24 for 203 yards and a touchdown strike to rookie running back James Butler.

Rourke ended his night 10/18 for 194 yards and two majors, the second coming in highlight-reel fashion when Bryan Burnham made a diving catch in the end zone to make it a one-score game late after he had relieved Reilly once again. The night could have gone terrible for the young rookie, but he battled through it and proved he could handle the adversity. That has to be viewed as a positive.

Battling Hard Til The End 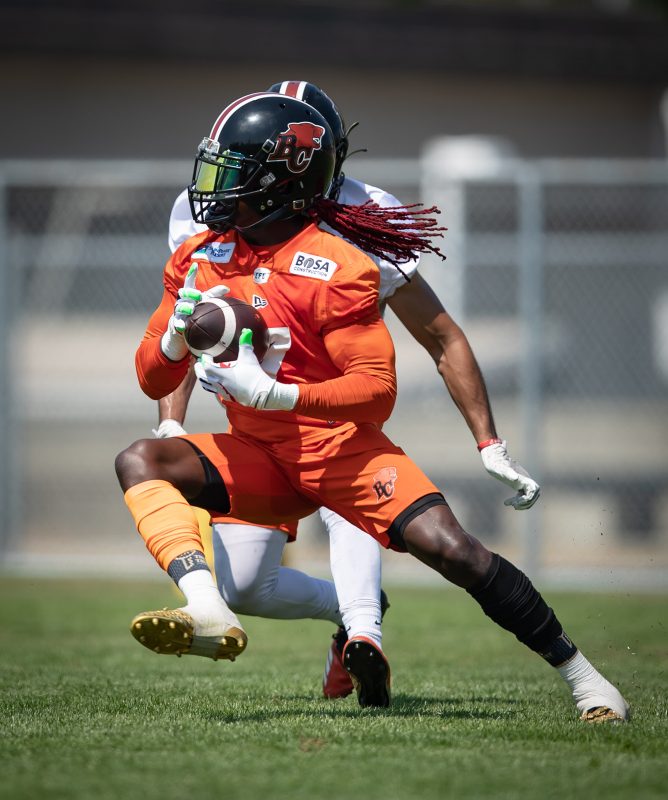 Many teams who fall behind by four scores before the half would easily pack it in. Not this squad. After the Whitehead score, the sidelines came to life and guys were encouraging one another with every hit and big play.

It was definitely an encouraging sign to see newcomers such as Butler and Whitehead do their thing. Whitehead led all Lion receivers with 136 yards. He will make this offence even more special. The way he got behind coverage on his touchdown was something to see.

Hat tip to the offensive line for letting both quarterbacks do their thing in the pocket. They allowed a pair of sacks but deserve their full marks for getting better as the night went on.

An Ode To The D

A Jon Ryan punt rouge was the only scoring Saskatchewan managed in the second half. They also didn’t allow the Riders a first down in the third quarter. TJ Lee’s big interception helped set up the Butler touchdown and Garry Peters let one slip through his fingers on the next Riders’ series that likely would have gone for six points. That close to a potentially remarkable comeback win. Jordan Williams and Obum Gwacham each recorded sacks on Cody Fajardo.

They will need to look at the film and fix some of the issues that took place early on. But they also deserve their share of credit for putting the team in a position to almost pull it out.

431- the Lions mustered up that high total offence despite having nothing early on.

“That was the hardest decision I ever had to make, not playing at the beginning of this game, after having all this time off and being in this atmosphere.  I was going to hurt the team. We went in at halftime and worked on it and got it to the point where it was manageable to play. I knew I needed to go in and just settle things down a little bit. Nathan did a heck of a job in the first half, especially his first game ever coming out and playing like this.” -Michael Reilly with TSN’s Farhan Lalji on the decision to come out and play in the second half.