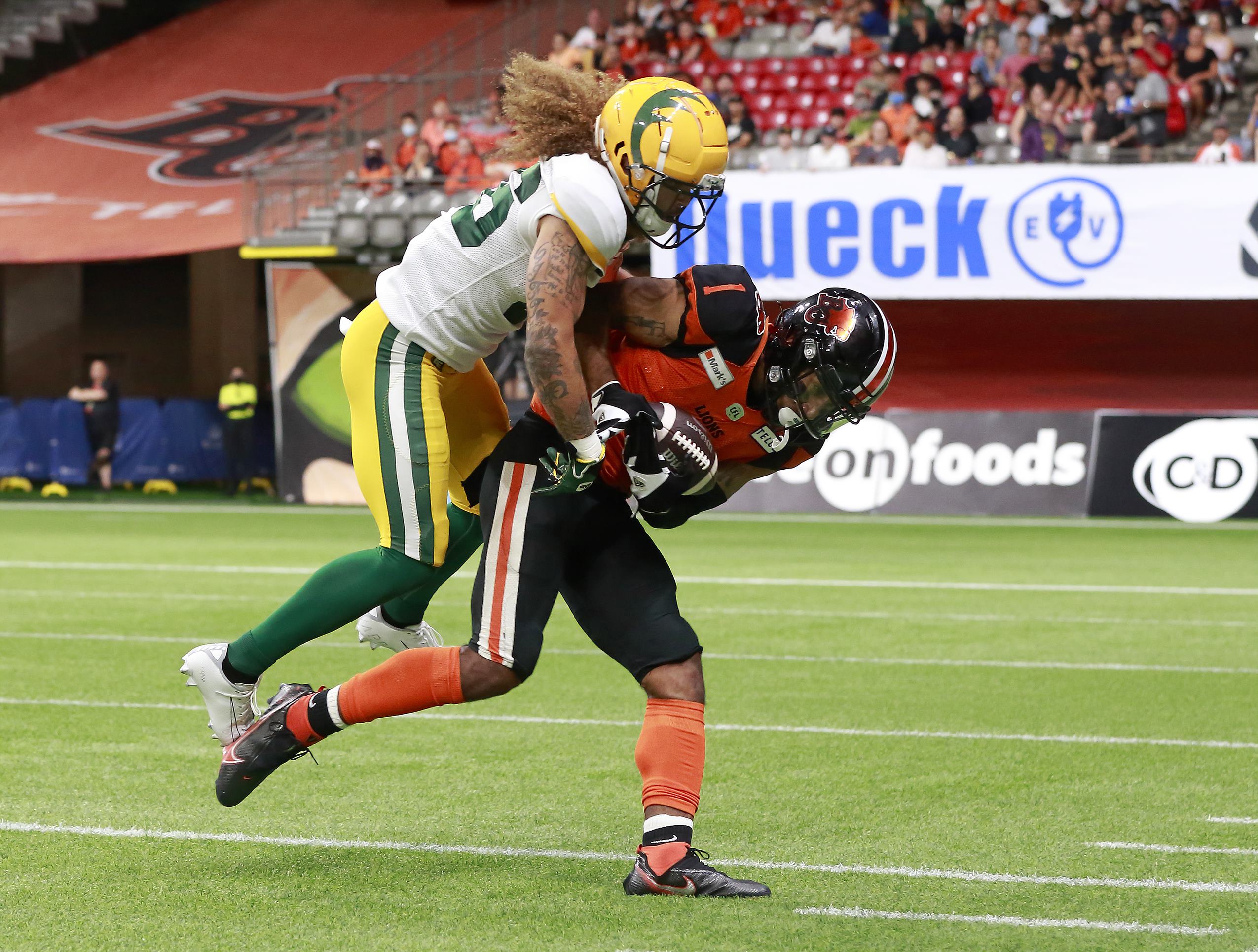 It wasn’t the homecoming they had envisioned, even with a capacity crowd of 12,552 in the house. Michael Reilly and the BC Lions fell 21-16 to the visiting Edmonton Elks on Thursday night at BC Place, dropping the squad’s record to 1-2 on the young 2021 campaign. Much like the first two contests of this season, it came down to four or five critical plays. Here are some Bake’s Game Takes following the narrow defeat to Edmonton.

The visitors were successful on both sides of the line of scrimmage in this one, particularly on offence where they opened up holes for James Wilder. The running back racked up 127 yards on the ground on 22 carries with his longest scamper of the night going for 29 yards. The Lions defensive line, a major force in the win at Calgary, didn’t manage a sack on Elks quarterback Trevor Harris.

On the other side, an early calf injury to Joel Figueroa didn’t help matters. Reilly was sacked three times and the Lions only managed 56 yards on 13 total carries on the ground. 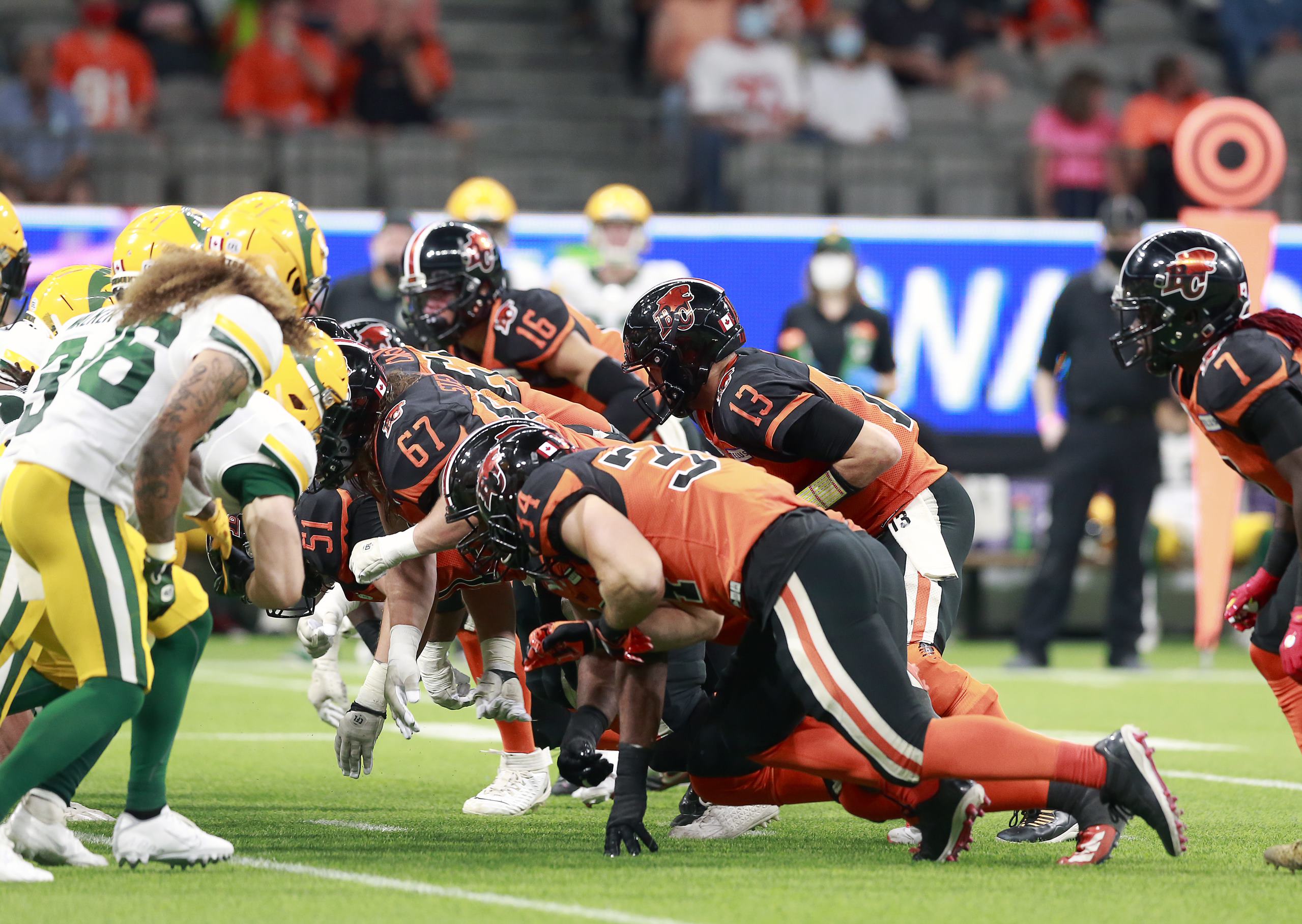 Finishing Drives Will Be The Key

Last week, it didn’t cost them. On this occasion, the offence was once again limited to just one touchdown and again, it came in the form of a Reilly one-yard plunge that closed the gap to 18-13 in the third quarter. The game’s opening drive explained their struggles to move the ball in a nutshell. After a 57-yard return by Chris Rainey set them up on the Edmonton 42-yard line, they failed to move the sticks and had to settle for a Jimmy Camacho field goal to open the scoring.

If there was one bright spot on the night, it was the kicking game. Camacho was 3-for-3 with his first of the contest from 49 yards out being his longest.

Reilly was limited to just 15 completions for 125 yards in this one with his leading receiver on the night Lemar Durant hauling in four receptions for 53 yards. At least seven Lions had at least one reception. But none of that matters without the win.

Turning field goals into majors will be a major focus as the team now prepares for a trip to Ottawa Saturday, August 28th.

Big Plays On Defence Still There

We almost had a sense of Deja Vu when rookie KiAnte Hardin intercepted Harris on Edmonton’s first offensive series of the game. But as was the custom, they failed to take advantage and managed only a punt single to go ahead 4-0.

Seeing a few of these young players continue to stand out will no doubt be a big story as the games get more important. It’s credit to the scouting staff that they’ve been able to re-build this defence. Growing pains are just a part of the process.

Salute To The Fans

It may have been only half of the lower bowl capacity, but it was great to have the roar factor back inside BC Place. Long-time coming. We can’t wait for there to be even more in September.

184- The Lions total offence in the loss, compared to 433 for the Elks. The lone Edmonton touchdown drive of the night was for 108 yards that culminated with Harris hitting Mike Jones for a touchdown.

“Trevor Harris is a guy you somehow need to make uncomfortable; whether that’s mixing up coverages or getting him off the spot or getting some hits on him. We didn’t do that consistently enough tonight. At the end of the game, we had a chance to make them punt and then we get one more shot at it. They made the plays, we didn’t. We’ve played three games in a row that have come down to the last possession of the game and we’re one for three. So, we’ve got to find a way to make more plays.” – Head Coach Rick Campbell.