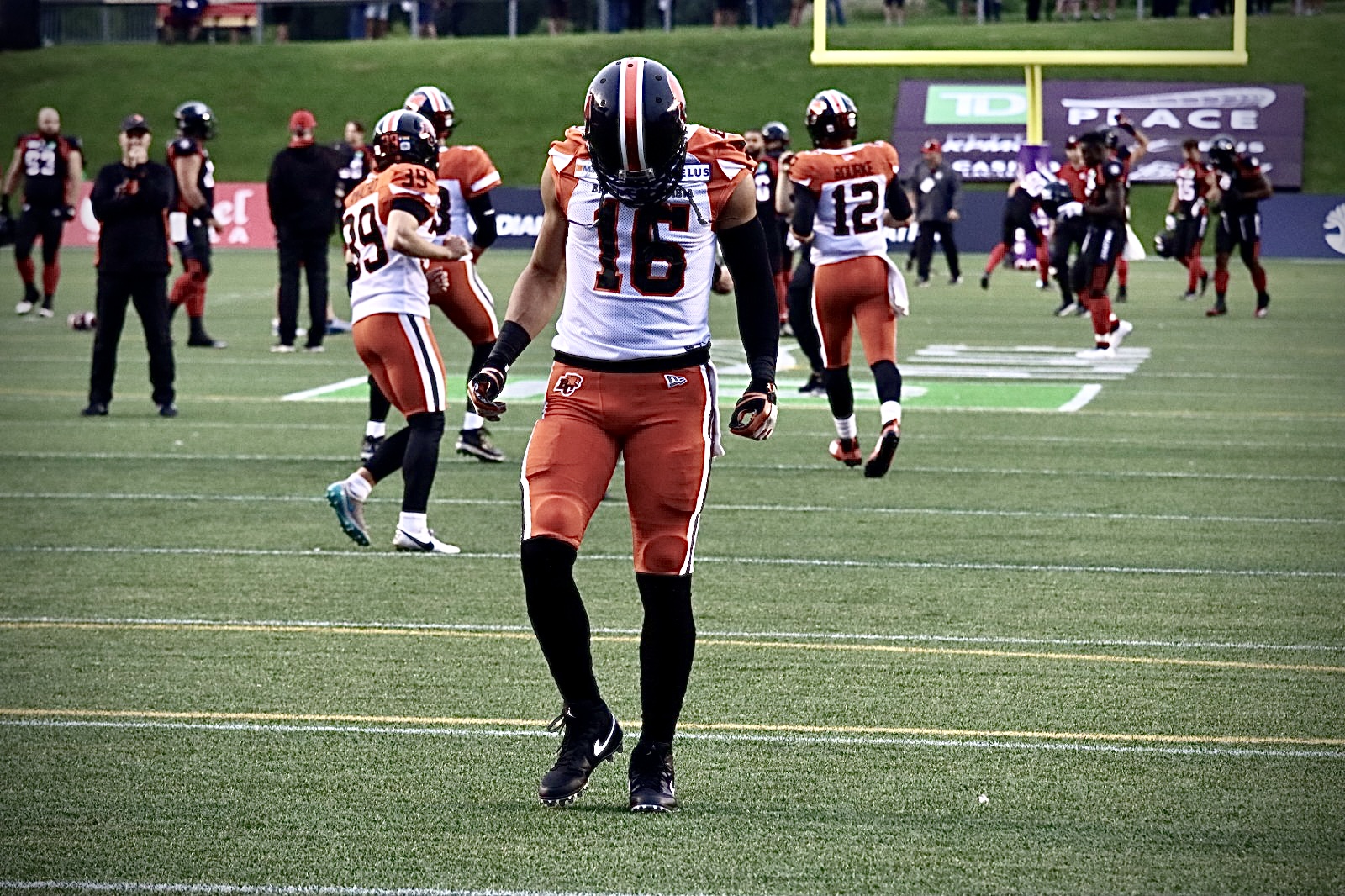 Although he downplayed it all week, you can be assured Rick Campbell is still smiling after his BC Lions gutted out a 24-12 win over his former team, the Ottawa REDBLACKS, Saturday night in a rainy nation’s capital. Just like their victory in Calgary two weeks ago, the Lions defence clutched up at various points in the contest and did not allow a touchdown. We now give you some game takes from Matt Baker as the Lions improve to 2-2 on the young season.

It was a costly victory of sorts as the visitors lost receivers Lemar Durant (foot) and Dominique Rhymes (ankle) early in this contest. It was second-year man Jevon Cottoy doing his part to fill the void, hauling in the game’s lone touchdown reception, a 46-yard strike from Michael Reilly that gave the Lions a 22-12 lead in the 4th quarter. They never looked back after that.

Left tackle Jarrell Broxton, filling in for the injured Joel Figueroa, hurt his elbow in the second half which forced David Knevel to step in on the left side. Reilly got outstanding protection most of the night and also scored the game’s other major on another one-yard plunge; his third in as many games. He finished his night 23/32 for 301 yards and the touchdown strike.

Injuries will happen, everyone knows that. Having reinforcements at the ready helps give teams the championship mindset. This was a complete team victory. 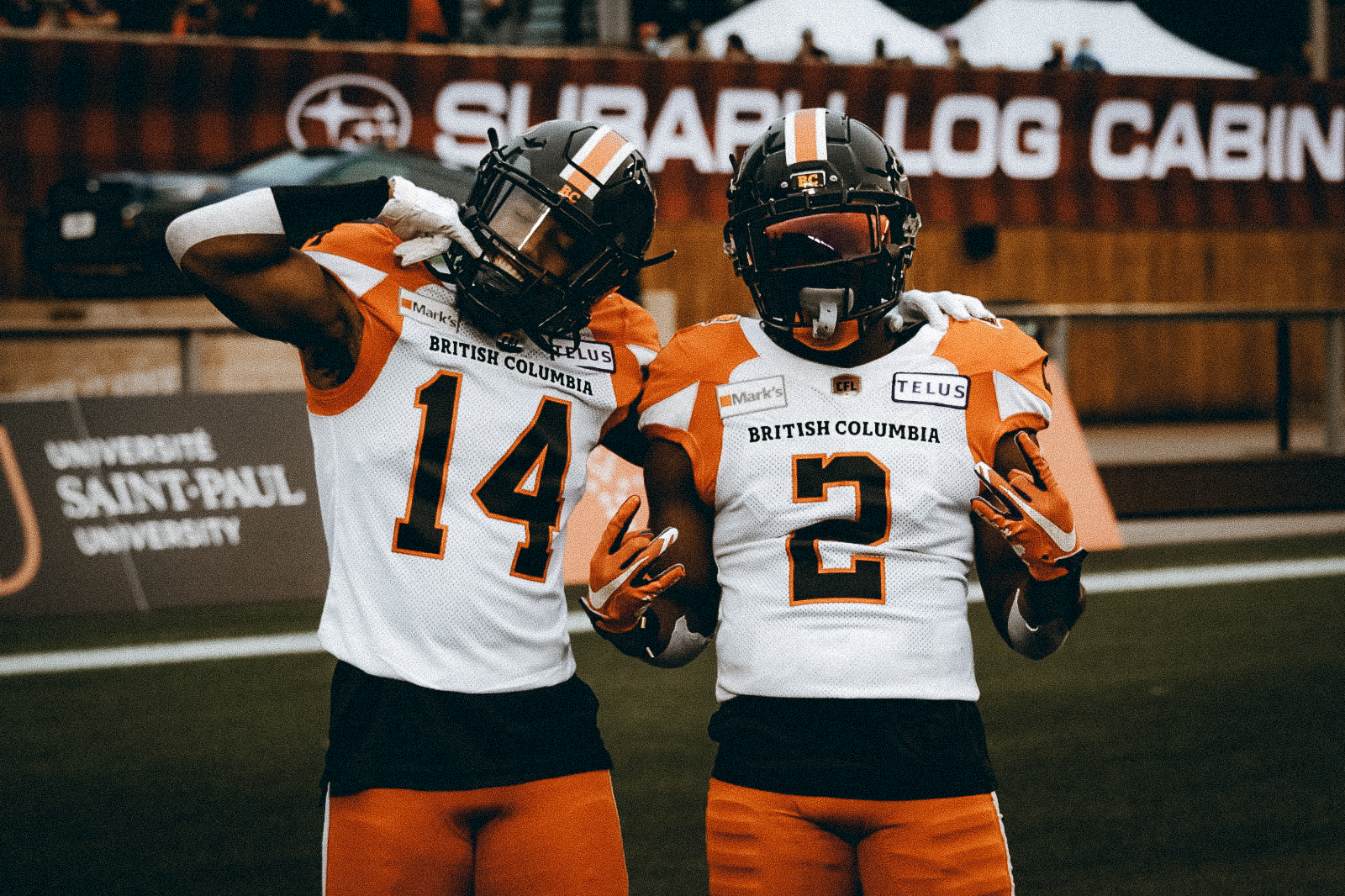 Best Defence In the League?

Defensive back Garry Peters said as much after a fourth quarter fumble recovery by Bo Lokombo helped stifle any momentum for Matt Nichols and company. Four field goals from Lewis Ward was all the home team could muster on the scoreboard.

Jordan Williams recorded his first career interception early in the second half, while Tim Bonner and former REDBLACK JR Tavai each recorded sacks on Nichols. Williams also led all defenders with eight tackles.

The rest of the CFL should be put on notice. Minus a lacklustre first half in Saskatchewan in week one, the Campbell-led defence has performed at an amazing level. 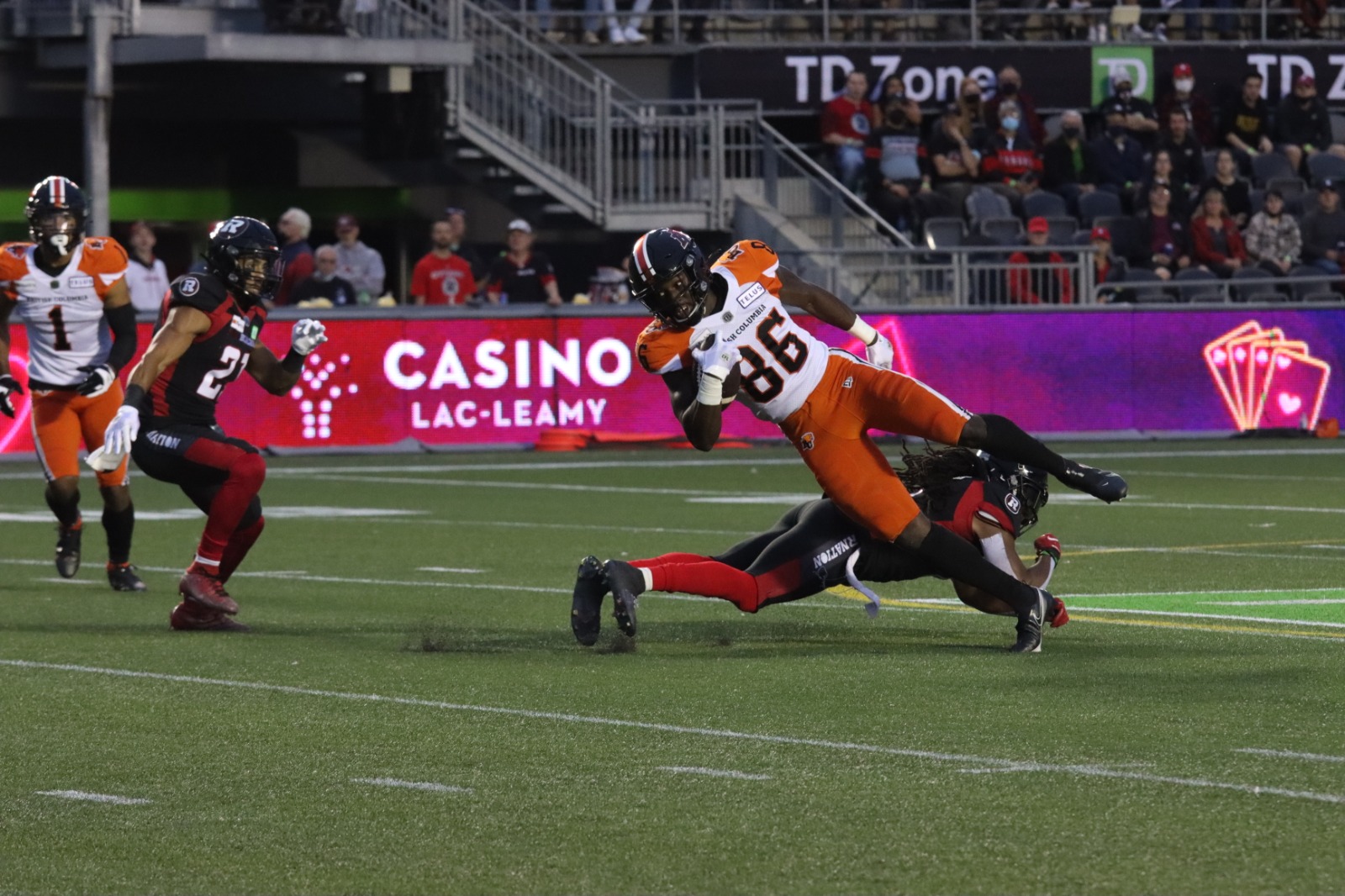 Kicker Jimmy Camacho was perfect on field goals for another week, hitting all three of his attempts. His longest of the night came from 49 yards out to open the scoring. It appears all kicking concerns have been squashed for the time being.

93- A career-high in receiving yards for Cottoty, the former standout with the BCFC’s Langley Rams.

99- the Lions; rushing yard total after more of an emphasis was put on establishing a ground game. Shaq Cooper had 14 carries for a season-high 71 yards.

“I appreciate this town. Like I said, I lived here and stuff so that was the biggest part for me. Once the game got started, I was just focused on the game and getting a win. It’s always big to get a win on the road. I definitely appreciated the time that I had here.”- Campbell on winning in his old stomping grounds.

“I do think that we had better urgency throughout the game, more consistently. But it didn’t result in the points that we wanted, certainly in the first half. I think we had a couple of times that were down in the red zone so we were moving the ball well. Drives just kind of stalled out. Part of that was them playing stingy defence in their end and some of it was execution or lack thereof. I thought, for the most part, considering the conditions and it being super wet out there, guys maintained their focus. Guys that stepped in and played when called upon, I thought they did a pretty good job.”- Reilly on the offence in this victory.

The Lions now head into their first bye week of 2021 before another clash with the REDBLACKS, this time at BC Place on Saturday, September 11th at 7:00 pm. Click HERE to purchase tickets.