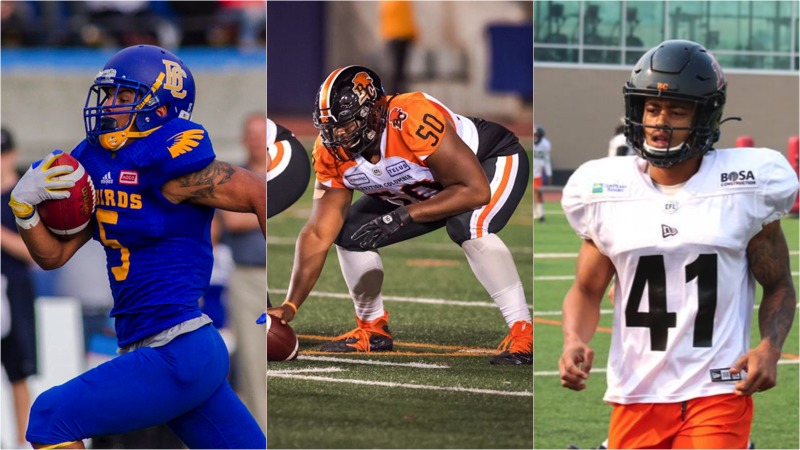 The BC Lions today added three players to the roster:

As per CFL rules, all players will enter the necessary COVID-19 protocols.

Davis– a fourth-round draft pick (31st overall) of the Hamilton Tiger-Cats in 2018, the Victoria native enjoyed a solid career at UBC (2014-17) where he racked up over 3,000 yards from scrimmage in his first two seasons and helped the T-Birds win a Vanier Cup in 2015.

Prior to his University career, Davis was a standout in B.C. High School Football with the Mt. Douglas Rams, winning three straight provincial titles with the program.

Norman- Returns to the Lions after making 13 starts on the offensive line in 2019, 11 of those coming at centre, and attending 2021 training camp in Kamloops.

The native of Sebastian, Florida spent all of 2018 on the Lions’ practice squad after four productive four years at Bethune-Cookman.

Joyner- the Marysville, Washington native attended 2021 camp with the Lions with his most recent game action coming in 2020 with  Alphas of the US Spring League.

In 29 games over four seasons (2015-18) with the Washington Huskies, Joyner registered 67 total tackles, two interceptions, three pass knockdowns and also helped the Huskies win a PAC-12 championship in 2016. He suited up in the Fiesta Bowl against Penn State the next season.