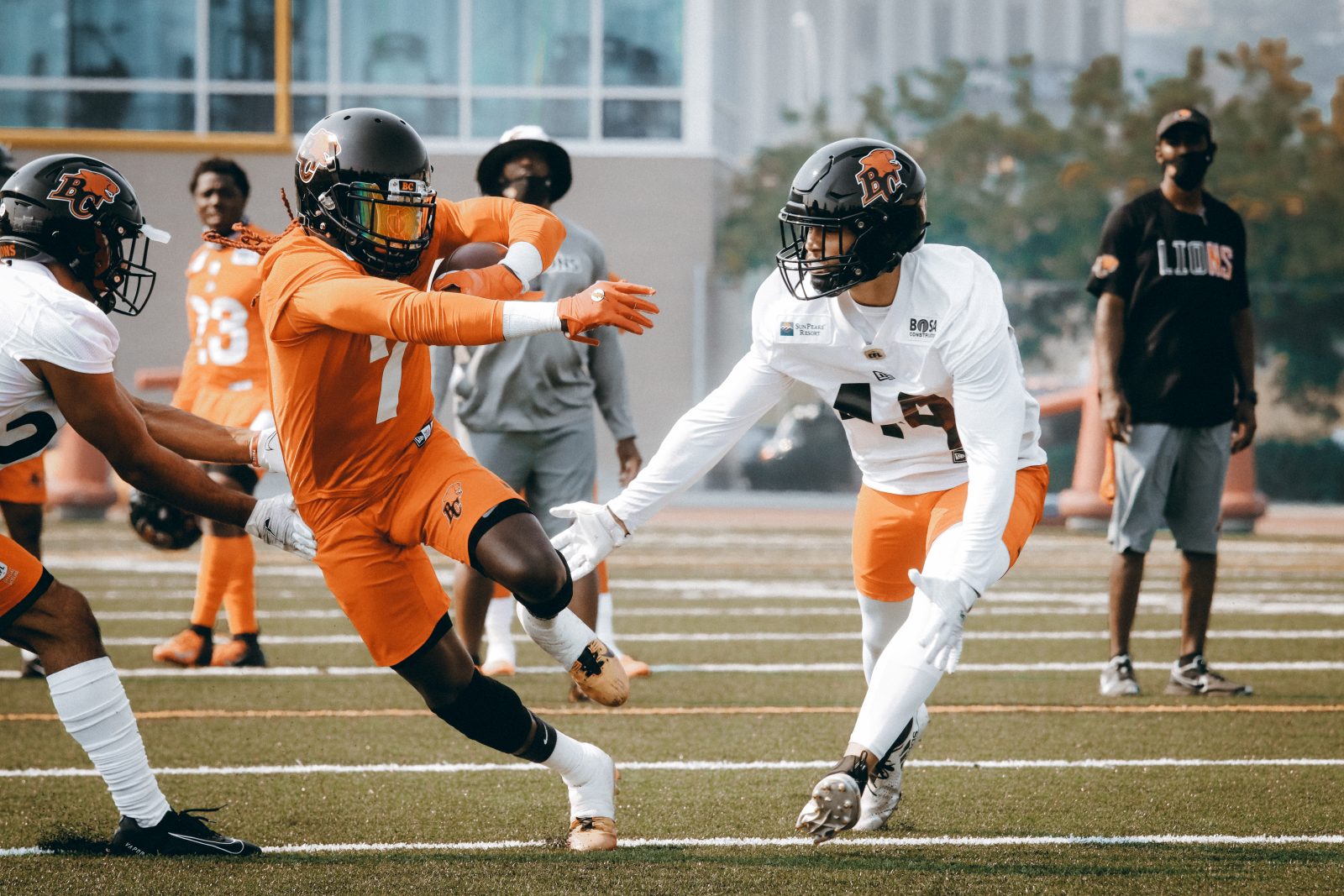 Through four games of his Lions career, he has demonstrated the ability to be sneaky and strike fast. These are the characteristics any offence would welcome when in need of a big play. For Lucky Whitehead, it’s not any different than some of his favourite wild animals. Ever since childhood, he has had a thing for snakes.

“My mom had them as pets growing up and I currently have a ball python named Squeak, ” said Whitehead following the squad’s first post-bye week practice.

“I’ve always loved snakes, monkeys, cheetahs and, of course, Lions. I’m planning to get a pet monkey soon and name him Abu.”

We knew he had an interesting story, but the affinity for wild animals was something we learned in his exclusive one-on-one interview. During the recent bye week, he spent some time at the Greater Vancouver Zoo as well as hiking in Lynn Canyon.

It was a nice change of pace since the world of quarantine, training camp and immediate grind of the regular season took over the day-to-day routine. Two or three days away from the field was more than plenty, however. Lucky is ready to get back to his playmaking ways this week in the rematch with Ottawa. 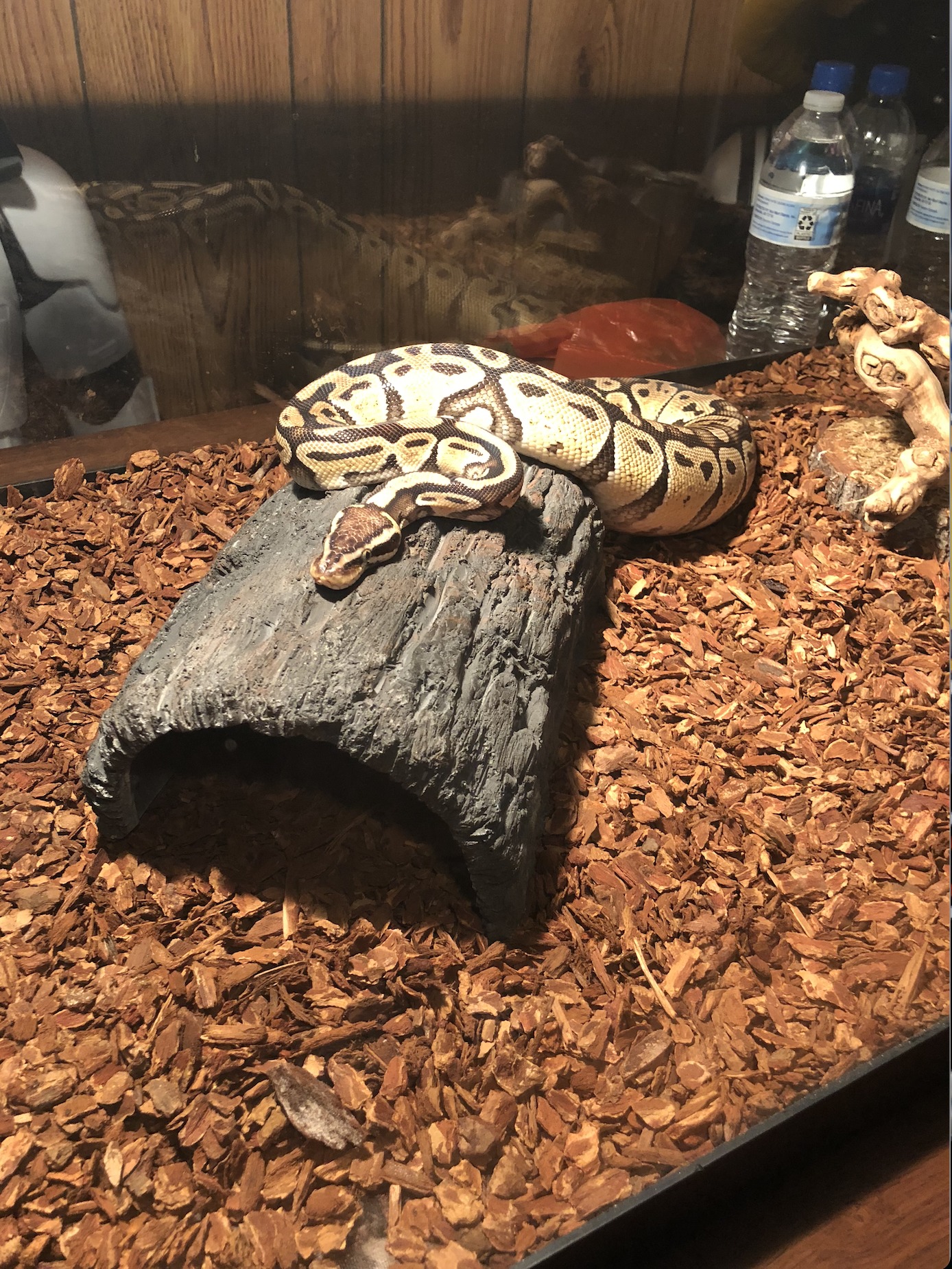 Whitehead entered the bye week as the CFL’s leader with 339 receiving yards, just ten ahead of teammate Bryan Burnham, and has been the most impactful addition on the offensive side of the ball early in this campaign.

Known for his speed and kick returning ability in his lone season with the Winnipeg Blue Bombers in 2019, Whitehead still managed to rack up 529 yards and four touchdown receptions but was easily overshadowed by the likes of Darwin Adams, Kenny Lawler and Nic Demski amongst the Bombers’ receiving core.

The chance to play a more prominent role in the offence was the main factor in his decision to join the Lions in free agency back in February.

“Definitely. I’m starting to see more respect as far as being a receiver goes,” he said.

“It’s fun, just having the chance to get those targets and opportunities that I didn’t get all the time in Winnipeg. It’s been amazing to see and watch unfold.”

His 75-yard touchdown reception from Nathan Rourke in week one started what was nearly a wild comeback in Saskatchewan where the Lions trailed 31-0 in the first half and wound up losing by four in the receiver’s debut in orange.

Early growing pains aside, Whitehead feels the offence is starting to gel at just the right time as the usual West Division logjam appears to be taking shape once again in this truncated 2021 schedule.

“Love the chemistry. We’re coming together pretty well. I love Michael Reilly and this entire offence. The playcalling is great and it’s just been fun. I love the respect I’ve been getting from DBs, so that’s been great, ” explained Whitehead.

You truly can sense the best is yet to come for this group of playmakers. 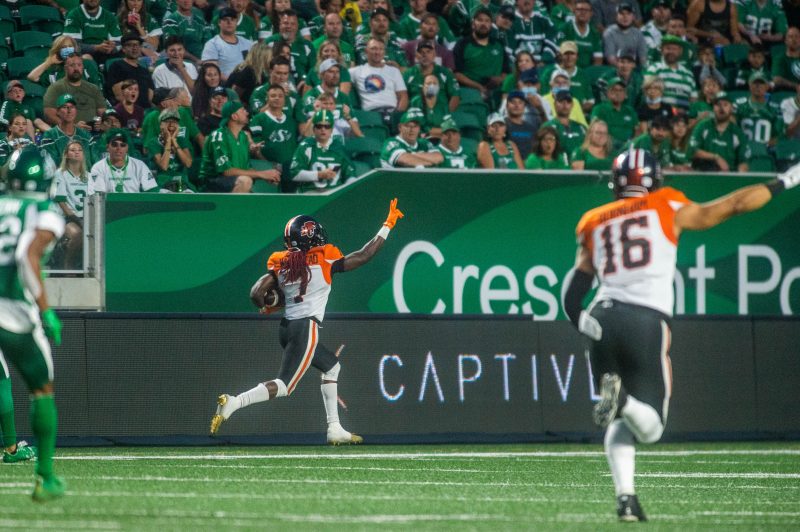 Head coach Rick Campbell will have Whitehead and the troops prepared for a tough challenge against an Ottawa team looking to turn the tide following the 24-12 Lions victory August 28th and a 51-29 REDBLACKS home loss to Montreal last Friday evening. Being back in front of the home fans will likely give him and the offence motivation to finish more drives in the end zone.

“With the weather conditions last game, we had to slow down the passing game a bit. It was more about the run game, killing the clock and getting out of there. I left a couple of plays out there, one was pass interference, but I think I left some points out there.” 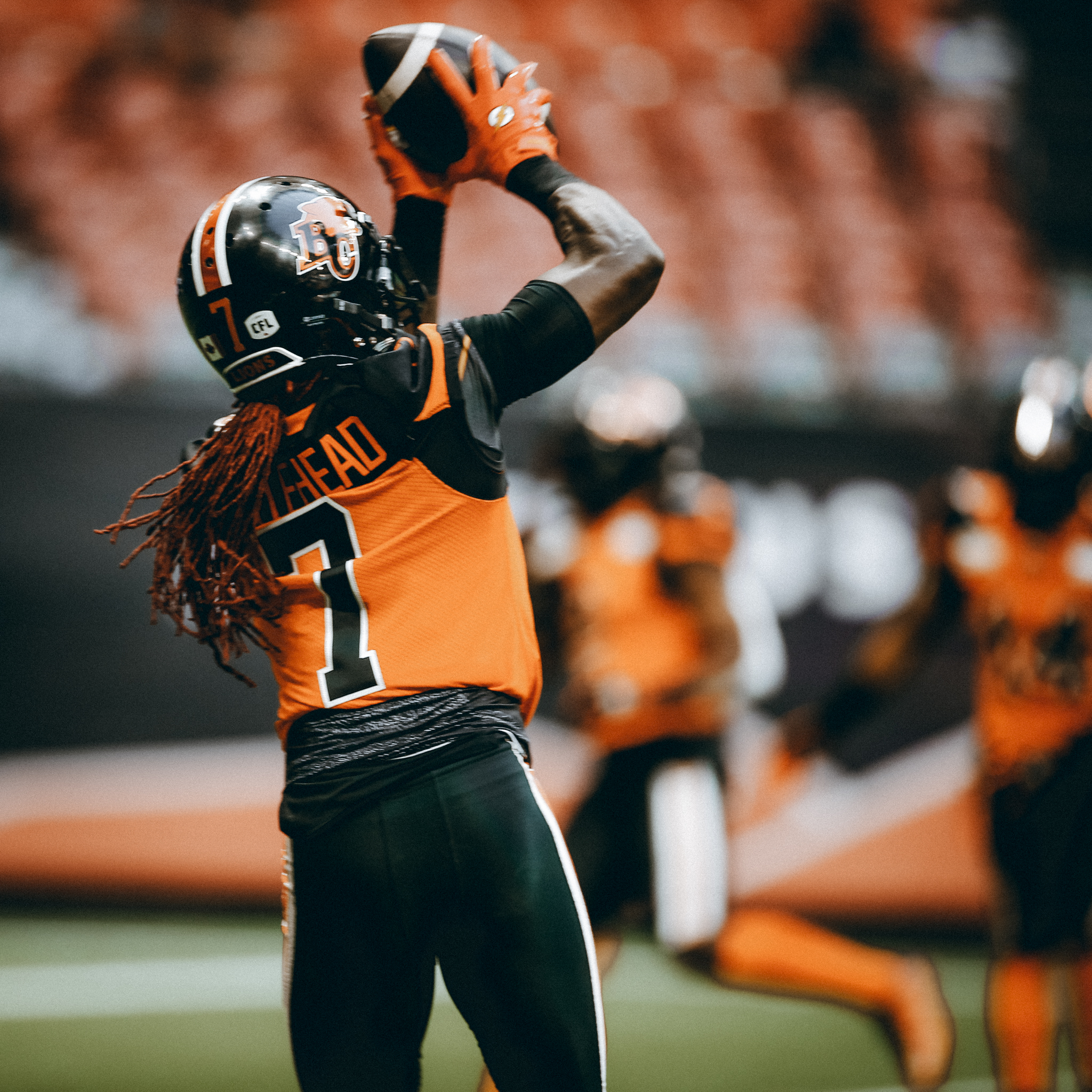 The dryer conditions and faster track are no doubt more suited to number seven’s game. And with that, the entire offence should move the ball more consistently as they look to climb above the .500 mark for the first time in 2021.

“100 percent. I just feel a little faster on dry turf. Ours is kind of bouncy too, so I like it,” chuckled Whitehead.

“I love playing in front of our fans. Fewer people behind your bench talking trash. We just want to make that crowd erupt early and often. I’m over the bye week. I’ve been ready to play again since we left Ottawa. I just love game days.”

Wild about playmaking and his pets. You can bet his dog Blitz and python Squeak will be watching on ESPN+ back in Florida this week.