Lions Take Show Back On Road To Tackle Alouettes 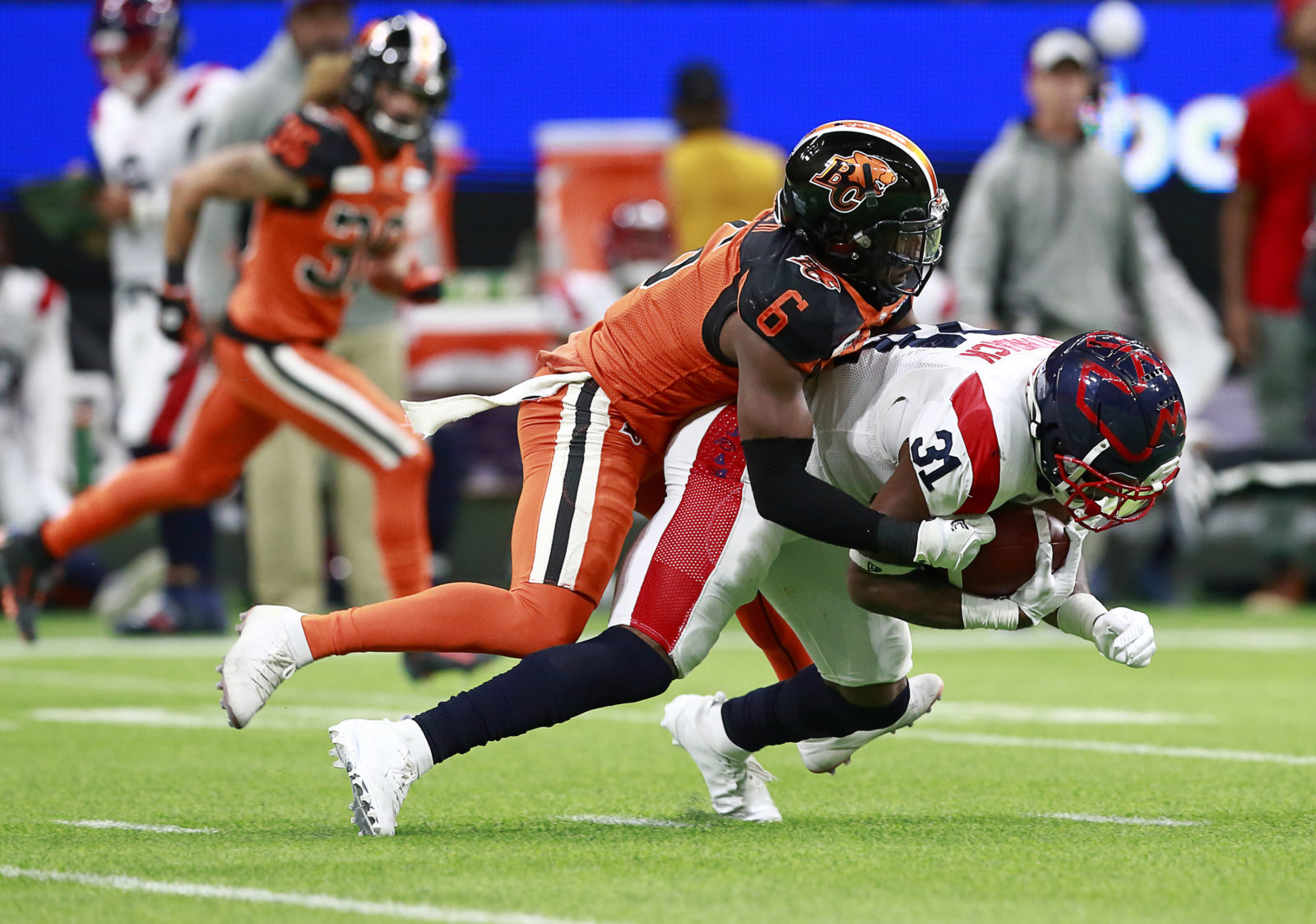 Lions Take Show Back On Road To Tackle Alouettes

VANCOUVER, BC - SEPTEMBER 28: The Montreal Alouettes play the BC Lions in their CFL game September 28, 2019 at BC Place in Vancouver, BC. (Photo by Jeff Vinnick/BC Lions)

Coming off their most complete performance of the season thus far, a 45-13 dismantling of the visiting Ottawa REDBLACKS last Saturday night, your BC Lions (3-2-0) are back on the road to battle Vernon Adams and the Montreal Alouettes (2-2-0) on Saturday night at Percival Molson Stadium.

Reigning CFL Top Performer of the Week Michael Reilly looks to build on his impressive outing where he completed his first 11 passes and finished the night with 319 yards and four touchdown passes.

Entering this week’s action, Reilly was third in the CFL with 1,293 passing yards while Lucky Whitehead (421 yards) and Bryan Burnham (401 yards) are third and fifth, respectively, amongst CFL receivers in that category.

And what can you say about this vaunted Lions defensive unit? They have allowed just two touchdowns over their last four contests and have yet to allow a major in the second half of a game all season. They are in for a good test against an Alouettes squad that is also coming off a convincing win over the REDBLACKS. 51-29, followed by their second bye week of 2021.

Following a disappointing setback against Hamilton on August 28th, Adams bounced back nicely in the nation’s capital throwing for 288 yards and four touchdowns; two each to Eugene Lewis and Jake Winekie.

William Stanback is once again a force in Montreal’s backfield after rushing for 112 yards in Ottawa and is second to James Wilder amongst total rushing yards this season.

The Alouettes’ defence has also played well this season and got a big boost from Patrick Levels’ 72-yard interception return in that last victory.

Two teams looking to prove they can win big over the course of an entire season! Kickoff goes at 4:00 pm Pacific time on Saturday. Listen on AM730 and the Lions Radio Network and tune in on TSN or ESPN+ if you are south of the border.