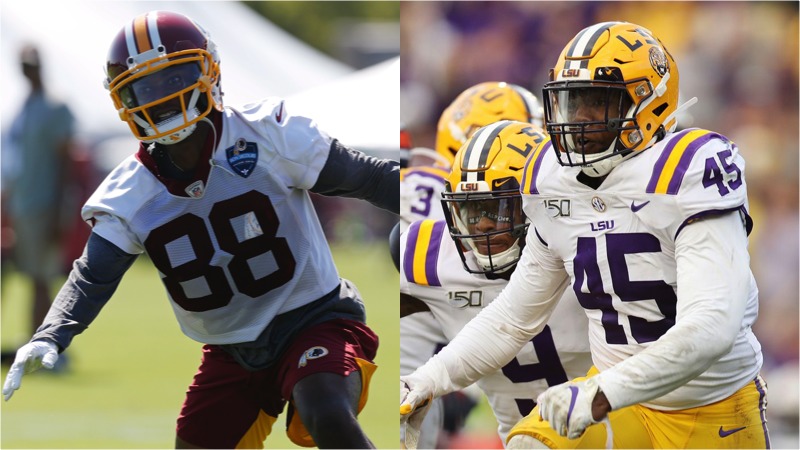 The BC Lions today added American wide receiver TJ Rahming and American defensive lineman Michael Divinity Jr. As per CFL rules, both have entered mandatory COVID procedures before practicing with the team.

Rahming (5’10”, 170 lbs)-  Attended 2019 training camp with the Washington Football Team and would later sign a reserve/futures deal with the Miami Dolphins before being waived in March of 2020.

The Georgia native enjoyed a solid four years at Duke (2015-18) where he was a top target for current New York Giants quarterback Daniel Jones. In 50 total games with the Blue Devils, Rahming caught 253 passes for 2,919 yards and 13 touchdowns while also adding 15 carries for 85 yards on the ground and 38 punt returns for 237 yards.

Divinity Jr. (6’2”, 241 lbs)- Signed with the Tampa Bay Buccaneers as a non-drafted free agent and attended 2020 training camp with the squad. Following his release in September of that year, Divinity Jr. was signed to the Seattle Seahawks’ practice roster.

In four seasons at Louisiana State University (2016-19), Divinity Jr. registered 105 total tackles, 17 tackles for a loss, eight sacks and four forced fumbles while capping off his Tigers career by winning the National Championship. After suiting up as a true freshman in 2016, Divinity Jr. made his first LSU start in the Citrus Bowl victory over Lamar Jackson and Louisville that season.