There’s always this one person on a team who’s willing to sacrifice their ego to allow their teammates to pile up the stats sheet. Lions’ defensive tackle Josh Banks is that unsung hero on the defensive front.

Through seven weeks into the season, Banks racked up nine tackles of his own. However, the 6’4’’ 290lb defensive tackle says he is more flattered when it takes two offensive linemen to contain him.

“I try to be the most physical one on the field at all times. I take pride in being very physical, just to give our DBs to make the plays they’ve been doing,” Banks said.

This trait of Banks didn’t just start yesterday, it reminded him back at his Wake Forest days. While some players live off the glamour and fame, Banks is drenching sweats on the field.

“Don’t get me wrong, I want to make big plays. But just plain doing my job, I want all my teammates to know that Josh Banks is going to do his job every day. It’s pretty much just allowing my teammates to have faith in me,” he added.

He may be a tenacious defensive lineman on the field, but he’s a gentle giant off the field who enjoys playing the guitar and is also an avid painter.

“Out there, I’m the workhorse, I’m the tough guy but I’m pretty relaxing and easy-going. I’m always smiling, speaking to everybody. I don’t meet a stranger. I know most people think big nose tackles are mean but I’m pretty friendly and a nice guy,” Banks said. 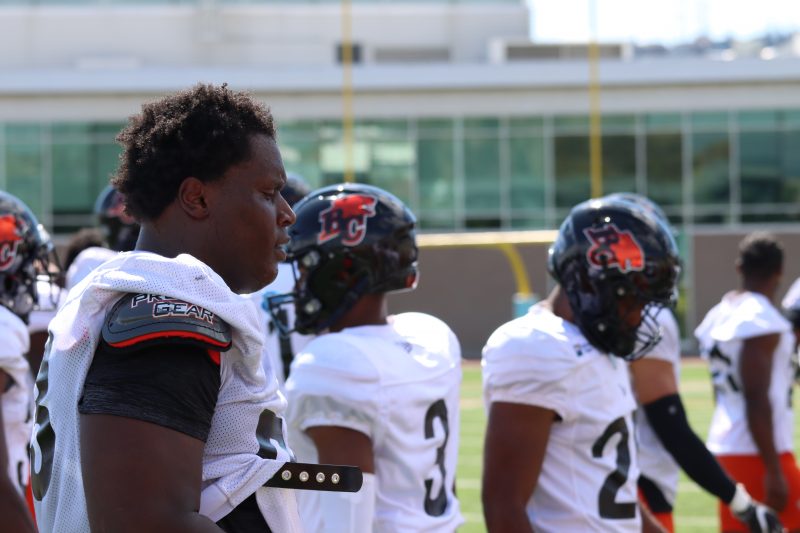 The Lions’ defensive line has been playing with more urgency during the past few games. Especially against the Montreal Alouettes this past weekend, when facing a versatile Vernon Adams Jr. who can escape the pocket at ease, the big men up front managed to disrupt Montreal’s passing attack when it mattered the most.

Obum Gwacham and Tim Bonner both batted down one of Adams Jr.’s passes. J.R. Tavai registered a sack and a forced fumble. Ufomba Kamalu and Banks helped the defence with a few tackles as well.

At the start of the season, there was some uncertainty about whether the Lions’ defensive line could stack up with the rest of the league. Banks said the way this defensive front is playing now has taken the pressure off Tavai since he was expected to lead this presumed inexperienced group.

“I can guarantee you it was a lot of weight on J.R. at first. He and I are around the same age. I’m helping him to feel like it’s not all on him. And I’m sure Boom [Gwacham] and Kamalu are doing the same. We’re just trying to help everybody to make everybody’s job easier,” Banks said.

“J.R. is the CFL vet. He knows where the restaurants are at away games. He’s a major key part because we’re a little bit blind without him.”

This camaraderie of this defensive line is becoming more visible each week that consists of some distinctive personality and background that glues this unit together.

“I would describe Boom [Gwacham] as unique. From his playstyle to off-the-field personality, he’s his own man. You’d never seen him easily persuaded by anybody. You always need a guy like him because he’s the oldest guy in the room, so he sets the tone for all of us. He’s like lowkey the dad,” Banks on Gwacham.

And Bonner, who’s the comedian of the group. Banks said, “he’s the comic relief when everybody needs to laugh and everything doesn’t need to be so uptight. But he could also turn it off and take things seriously as well. We appreciate that side of him, too.”

A few others such as Kamalu, who has the NFL experience that Banks can feed off, and Dana Levine have served as solid teammates. Banks and Levine were also together on the New York Giants practice squad. This year’s fifth-round draft pick Alfred Green is Banks’ Canadian comrade, teaching him about Canadian slang. Banks also pointed to Global Draft pick Nik Gustav as another workhorse in the group. 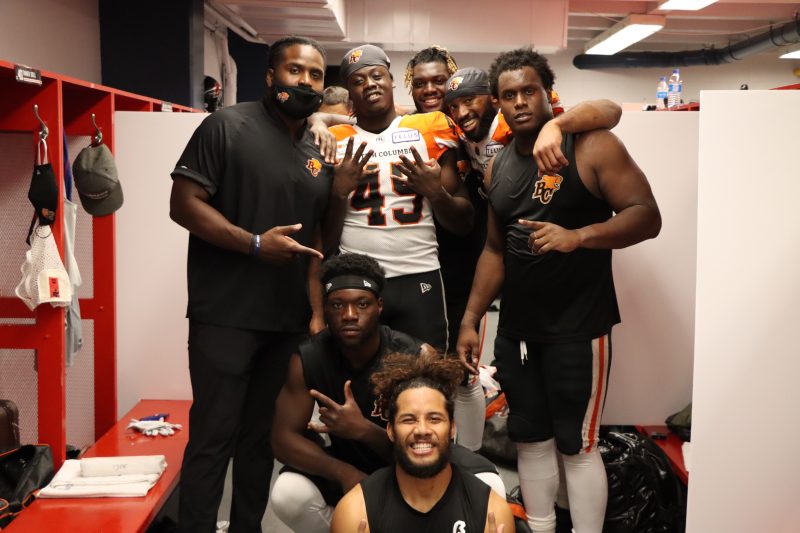 This Friday, the Lions will host the Saskatchewan Roughriders for Orange Shirt Game Day. Banks said this is a different team compared to the one back on August 6th. He spent this past weekend studying the season opener when the club attempted to come back from a double-digit deficit after the first half.

“We never gave up that game. It was a sour taste in my mouth, but I still smile at the end of the night knowing that we came back. Without a few minor mistakes, we would’ve won that game. We’re definitely doing the right thing to turn around this time.”

While Banks will be battling in the trenches this Friday, his partner and children will cheer on from home in North Carolina. Since he’s been away for a few months from his family, Banks wants to give a shout-out to his three-year-old son, Josh Jr., his youngest son, Jaxon and his partner Eboni.

“They’re the reason why I’m up here. I’m enjoying every bit of this,” he said.