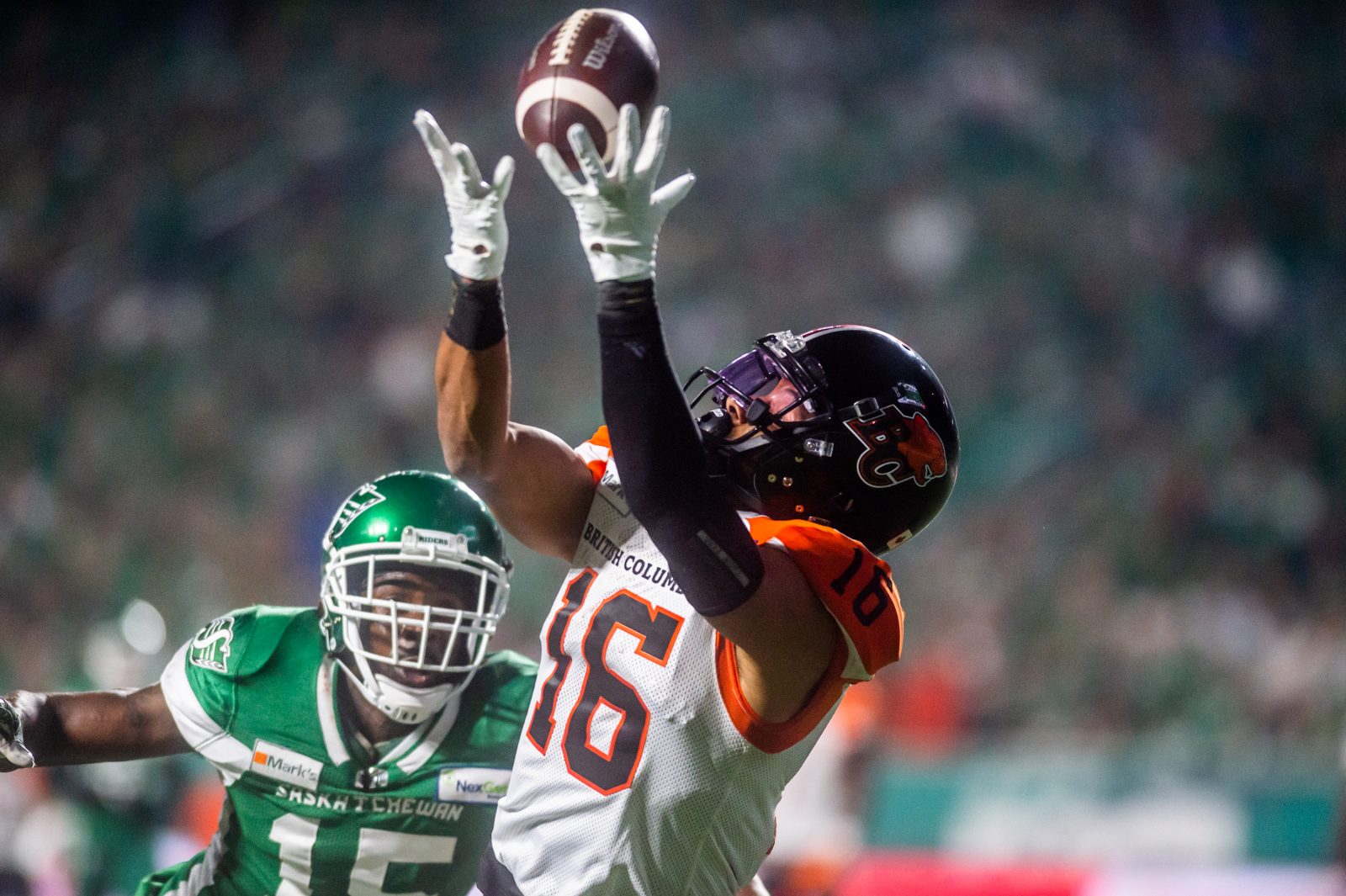 It’s the first game of the year where it really feels like playoff implications are in the air. How fitting in the first week of fall? All you have to do is look at the numbers to realize how big it is. Michael Reilly and the BC Lions are back home to face the Saskatchewan Roughriders in a battle of 4-2 squads.

Just how big is it? The winner of this one would take over sole possession of second place in the West Division and move to within two points of idle Winnipeg for top spot. That would set up a juicy matchup with the Bombers at BC Place next week. But we can ill afford to look ahead.

Reilly will look to continue his climb atop the CFL passing charts after collecting a second consecutive CFL Top Performer of the Week in a 303-yard, two-touchdown performance in the 27-18 win over Montreal Saturday night. Reilly leads the CFL in passer efficiency rating (119.5) and completion rate (75.6) while his 1,601 passing yards trail only Winnipeg’s Zach Collaros for the league lead.

Being back on the fast track at home should be a nice boost for Reilly, Lucky Whitehead, Bryan Burnham and the cast of Lion playmakers.

On the other side, Cody Fajardo is also in the top three in most of the major categories. The Roughriders’ offence has proven to be a force at times this season. Look no further than the week one meeting between these two squads where the Riders jumped out to a 31-0 halftime lead before the visitors nearly clawed all the way back in an eventual 33-29 loss to begin 2021.

Fajardo’s favourite targets have been Kyran Moore, Kian Schaeffer-Baker and Brayden Lenius, all of whom are enjoying breakout seasons. The Riders are coming off a 30-16 home win over the Toronto Argonauts on September 17th.

This one potentially has the makings of a good old-fashioned Western shootout. But let’s not discount the defences. We’ve talked at length about how this Lions’ unit has kept opponents out of the end zone and is the only one in the league to record at least one interception in every game. The Riders have a few guys who know about takeaways as well including Ed Gainey, Nick Marshall and former Lion DB Loucheiz Purifoy. Buckle up. It should be a good one.

After these contests against the Riders and Bombers, the Lions will enjoy their second bye week of the season followed by another home tilt with Calgary on October 16th. It no doubt presents a great opportunity to bank some more wins as we approach the second half of the season.