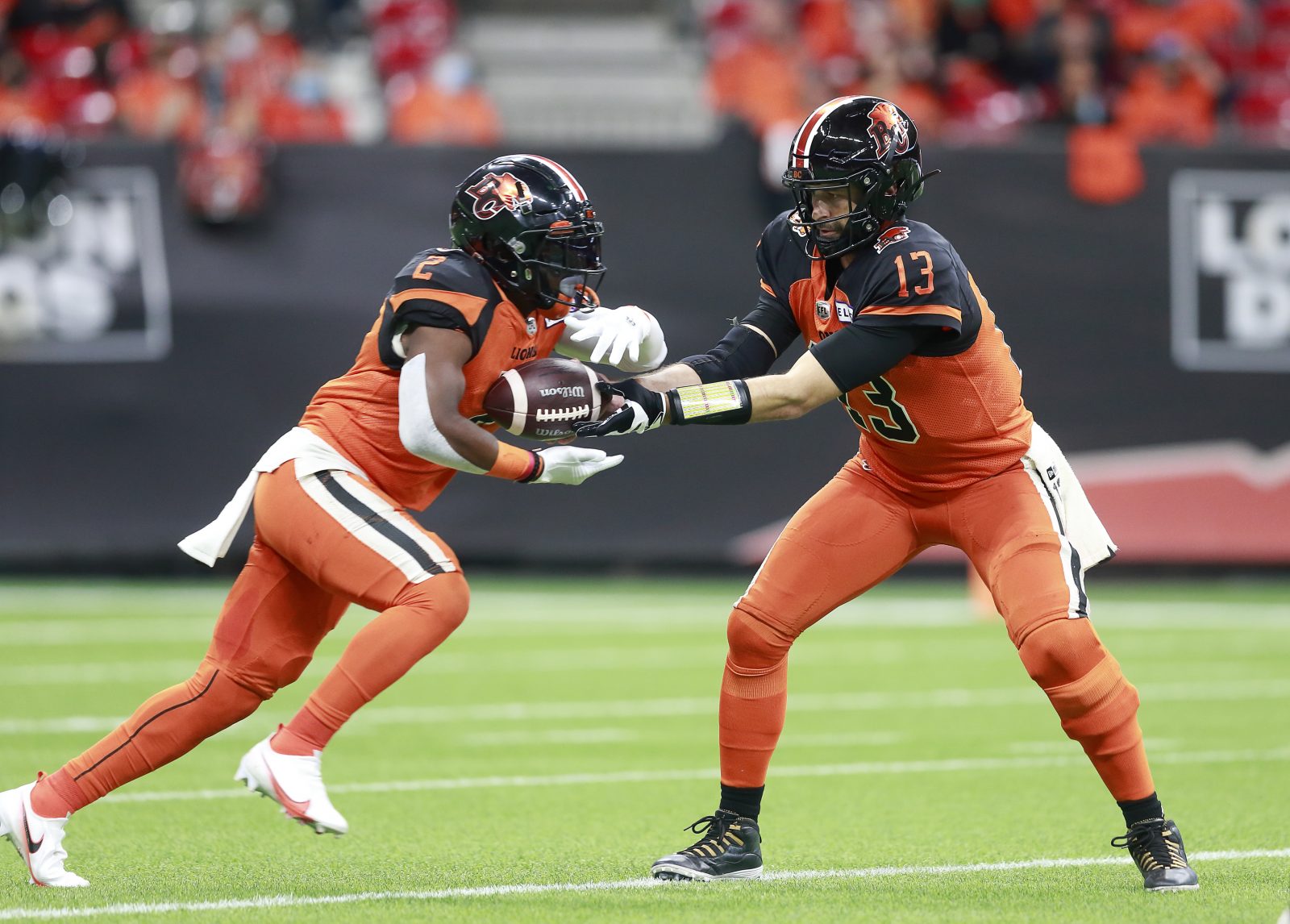 It came down to defence and a couple of critical special teams blunders. Those were the backbreakers in a 31-24 Lions loss to Saskatchewan on Friday night. With this result, Michael Reilly and company dropped to 4-3 and now sit alone in third spot in the Western Division. Now for some game takes from Matt Baker following tonight’s contest.

As outlined above, two key plays will go down as the difference makers. The first came in the third quarter with the home side up 17-12: Lucky Whitehead lost a fumble on a punt return which would set Cody Fajardo and company up in Lions’ territory. Then two plays later, Obum Gwacham took a roughing the passer penalty that gave Saskatchewan a fresh set of downs. Fajardo then found Ricardo Louis for a 23-yard touchdown connection to give the visitors an 18-17 lead. It was the first time all season the Lions gave up a second half major.

In the fourth, Shaq Cooper’s two-yard touchdown run put the Lions back on top by six but that was all they could muster. Jimmy Camacho’s first field goal miss after that prevented the home side from going up by nine.

The other special teams error came on a Stefan Flintoft shanked punt to give Saskatchewan the ball around mid-field with under two minutes to play and the Lions still up six. After three straight competitions, Fajardo scored on a one-yard run with two seconds left to put them ahead by one. Whitehead’s fumble on the ensuing kickoff was returned for a touchdown by Damon Webb for the proverbial icing on the cake.

It would all come in a losing effort. But the CFL’s leading receiver picked up right where he left off, scoring the Lions’ first major of the night on a 47-yard catch and run to put them ahead 7-3 in the opening quarter. He then ended the half by hauling in a three-yard pass from Reilly for the first multi-touchdown game of his career.

The first score came with his patented blazing speed and was nice payback after a bad drop on the opening play from scrimmage. This guy once again demonstrated he is a fan favourite as chants of “LUCKY WHITEHEAD” could be heard echoing through the capacity crowd.

His turnovers ended up being a difference in the result, no doubt. But you know he’s going to be pumped to redeem himself and make his former team pay next week.

Reilly finished his night 23/34 for 259 yards and the two touchdown passes.

We hate the overused cliche. That being said, we’re likely talking about a different result if Reilly doesn’t come up two yards short of the first down on his scramble right before they were forced to kick the ball back. The QB made some plays with his feet in this one.

22-rushing yards for the Lions in this one. The running game is something they’ll clearly need to establish as the games get even more important.

111- Whitehead’s receiving yards. His league-leading total is now up to 665 yards.

34:21- The Riders’ time of possession as they made a habit of chewing up big yards on first down and sustaining drives when they had to.

1,860- Reilly’s passing yards which put him ahead of Zach Collaros for the CFL lead.

“I like our fight, I like our spirit. This is a tough one. This one hurts. But I think we can play with anyone in this league. There’s a list of plays you can make where if any one of them go our way then we’re gonna win this thing. I also give credit to them. They’re a good football team and they made the plays they need to make at the end of the game to win it.”- Head coach Rick Campbell.

It’s a big one folks… The 6-1 Winnipeg Blue Bombers come to town next Friday, October 1st at 7:00 pm. A win for the Lions would move them to within two points of top spot in the West.