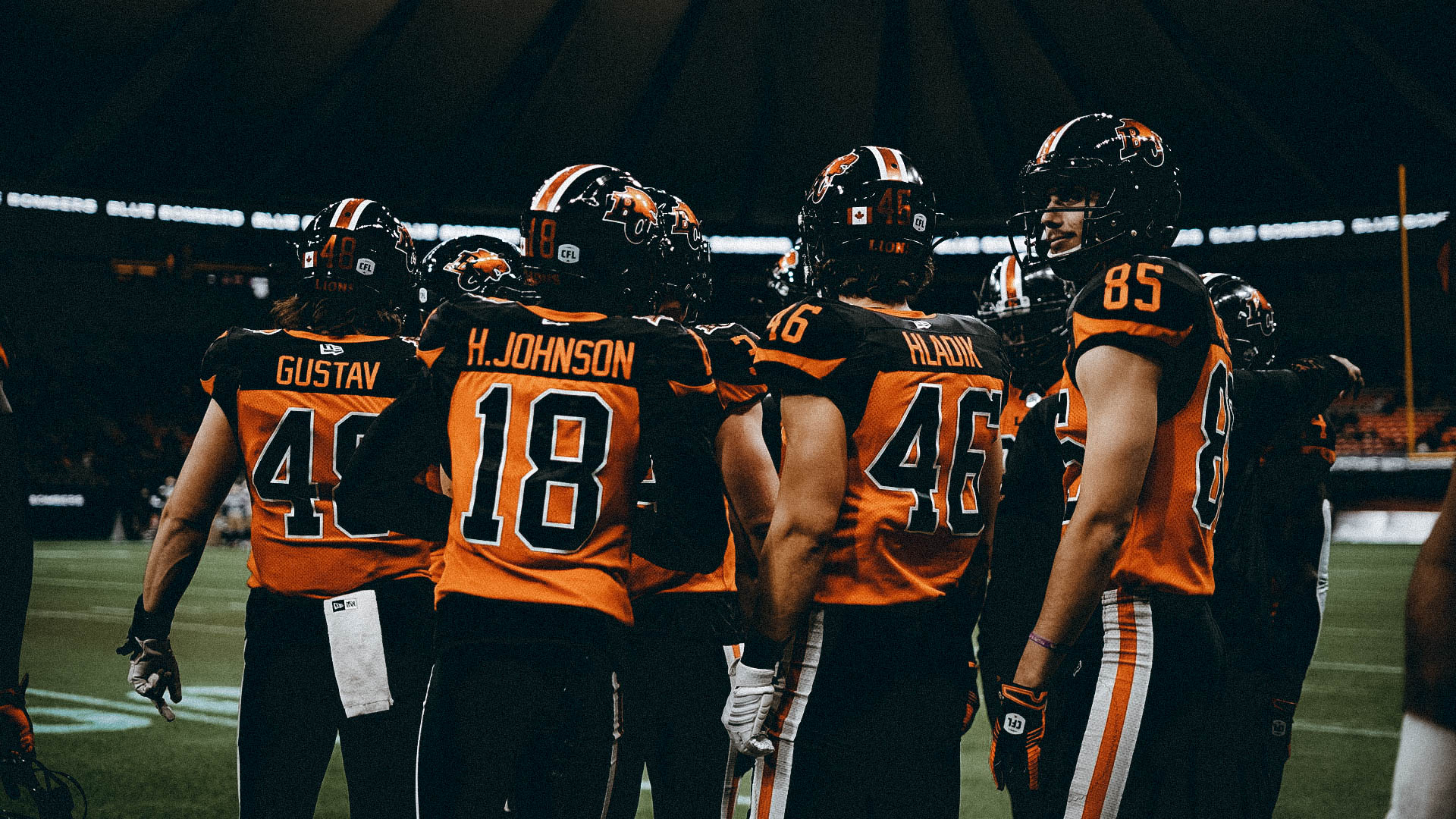 A massive stretch begins now. As the Thanksgiving turkey hangovers begin to fester, one thing remains certain at this time of year: the CFL playoff race is heating up. This year’s stretch drive has a little extra gravy when you consider the fact the Lions are currently tied in points with the Calgary Stampeders for third place ahead of this Saturday’s big clash at BC Place.

As the squad continues early week preparations following their bye, head coach Rick Campbell believes his group is ready to embrace this six-week odyssey back to the playoffs.

“It’s exciting. Everyone took a deep breath and got rest during the bye week but, big games coming up here and we’ll just get ready for Calgary this week,” said the head coach.

And with quarterback Bo Levi Mitchell healthy and doing what he normally does, the Stampeders have the look of a team peaking at the right time. After the Lions prevailed 15-9 in the previous meeting in week two, Calgary has responded by winning five of seven to climb right back into the playoff race.

“They play a bunch of close games, just like most of the people in this league. They’re an improving team,” added Campbell.

“We’re going to go out there and battle and it should be a good game on Saturday.”

The defence is in for another good test as Mitchell has utilized his top three targets Kamar Jorden, Markeith Ambles and Josh Huff very well in these last few weeks. Ka’Deem Carey has been solid in the backfield, entering this week fifth in the CFL with 552 rushing yards.

“They’re a better team than when we played at the beginning of the season so we’re going to have to bring it,” said linebacker Jordan Williams.

Willams and the defence knows they have to continue to play a patient game to contain a quarterback of Mitchell’s calibre.

“He likes to extend plays, break tackles and get the ball down deep to his receivers,” explained Williams.

“They’re all fast guys and things of that nature. The things we’ve got to do is stop the run with Ka’Deem Carey, because he’s a great runner, also we have to contain Bo Levi Mitchell and keep him in the pocket so we can’t extend plays. Also, we have to shut down their receivers. They’ve got great speed and we’ve got to run with those guys.”

The stretch drive will truly tell the tale of this Lions season. Re-establishing the identity at home will also be a big priority.

“I love the atmosphere at home. The fans have been awesome and obviously, we want to have success at home, so we’ll start that on Saturday,” added Campbell.

Buckle up. The stretch drive is here. 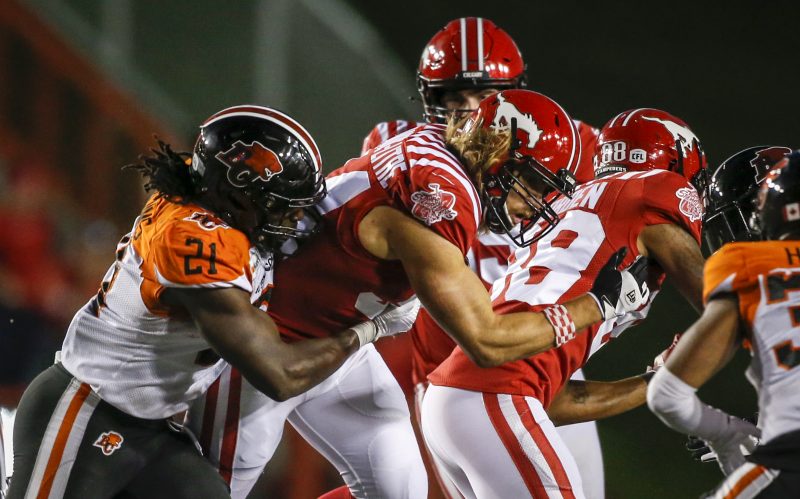 Mitchell and the Stampeders make their first two of two visits in a stretch of five weeks this Saturday afternoon. Following two straight wins over Saskatchewan to completely open up the race in the middle of this division, Calgary looks to be peaking at the right time. They enter this week tied in points with the Lions but having played one more contest.  A win for Michael Reilly and company will make it harder for Calgary to reel them in when you consider they also would have locked up the head-to-head tiebreaker. Defence led the way in the 15-9 Lions victory at McMahon Stadium way back in week two. They intercepted Mitchell four times in that gritty victory.

And in case you were wondering, the last time the Lions prevailed in a season series with the Stampeders was way back in 2012. Calgary’s defensive coordinator that year? Rick Campbell. It’s due to happen.

A stretch of three straight away contests begins with another date with the Blue Bombers following the disappointing 30-9 defeat at home on October 1st. The Manitoba capital has not been kind to the Lions in recent years as they have just one victory at IG Field in their last six visits. This contest will also provide a chance for the visitors to prove to the CFL’s best team they won’t be an easy out come playoff time.

This will also provide a nice test for the running game and battle in the trenches, two elements that will be very important should they in fact have to go outdoors on their quest to get to Hamilton for the 108th Grey Cup.

Zach Collaros and the Bombers will likely be in a position to lock up a home playoff game with a few weeks remaining on the schedule. 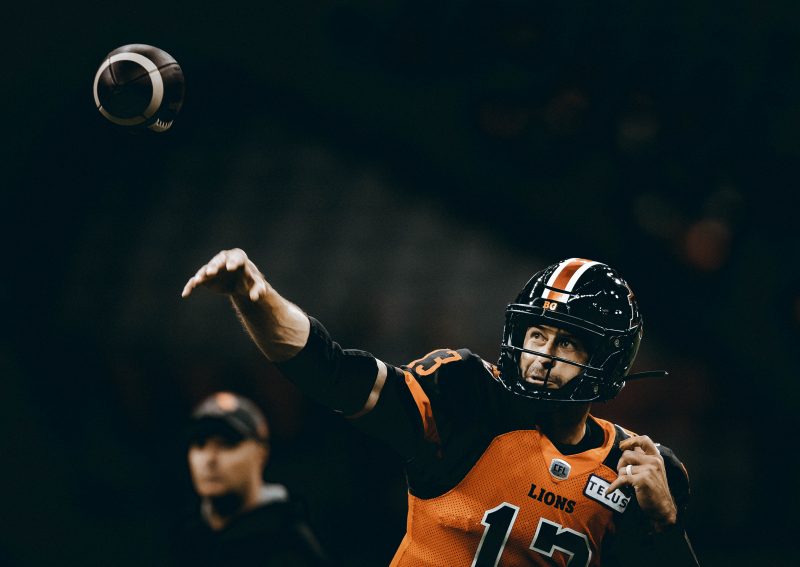 The squad ventures east for back-to-back games and an eight-day stayover that starts with a clash against the Argonauts. Ryan Dinwiddie’s squad is 4-0 at home this season with one of those victories coming against Winnipeg, so they have certainly staked a claim to being the team to beat in the East Division.

This game will likely be crucial for both teams as the Lions are embroiled in this tight Western race while the Argos likely need to win in order to remain in control of their destiny for a playoff bye.

The team will bus down the QEW after the Argos contest and practice at McMaster University for a few days before a tough test with the Tiger-Cats to round out the 2021 regular season road slate.

Grey Cup hosting aside, expectations will remain as high as ever for the Cats who have once again had to battle through injuries at quarterback and to star playmaker Brandon Banks.

Including the 2018 Eastern Semi-Final, the Lions have dropped their last three at Tim Hortons Field. A win on the first Friday of November could squash the possibility of having to again go East in the playoffs.

The result of the upcoming contest with the Stampeders may very well determine the importance of this return matchup on November 12th. From a Lions perspective, playoff positioning will likely be on the line. Along with taking care of business against Calgary, the Lions must overtake Saskatchewan in points in order to finish second in the West by virtue of the Riders’ season series sweep.

The Elks looked to have made a big statement by spoiling the Lions’ home opener with a 21-16 win back on August 19th. That result made both teams 1-2. Since then, the Elks have dropped four of five to occupy sole possession of the West basement. COVID cases and an injury to starting quarterback Trevor Harris have no doubt played a factor.

This season finale will also serve as Edmonton’s third game in seven nights after rescheduling of their trip to Toronto was required. The Elks will face the Argos three nights prior to visiting here and also visit Saskatchewan three nights before that.