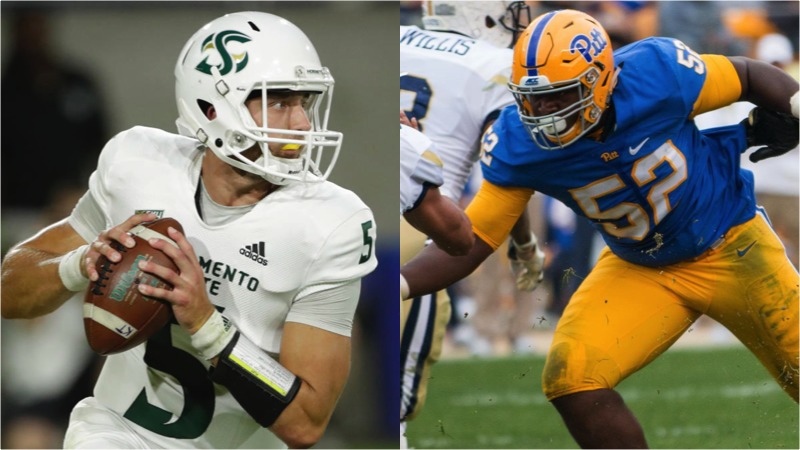 The BC Lions today announced the signings of American quarterback Kevin Thomson and American defensive lineman Shakir Soto to the practice roster.

Both players have completed the necessary COVID protocols and will begin practicing with the team on Tuesday.

He also earned Big Sky Offensive Player of the Year and First Team All-Big Sky Honours in 2019. Transferred to the University of Washington for 2020 before forgoing his final year of eligibility due to the pandemic.

Soto (6’3”, 290 lbs)- Spent the later part of 2019 on the Seattle Seahawks’ practice roster before being waived in May of 2020. Also had practice roster stints with the Denver Broncos, Oakland Raiders and Dallas Cowboys between 2017 and 2019.

The Wilkes-Barre, Penn. native played both defensive tackle and end over his 52-game career at the University of Pittsburgh (2013-16). Recorded 120 tackles (74 solo, 46 assisted), 18 tackles for a loss, eight sacks, and a pass knockdown at Pitt.