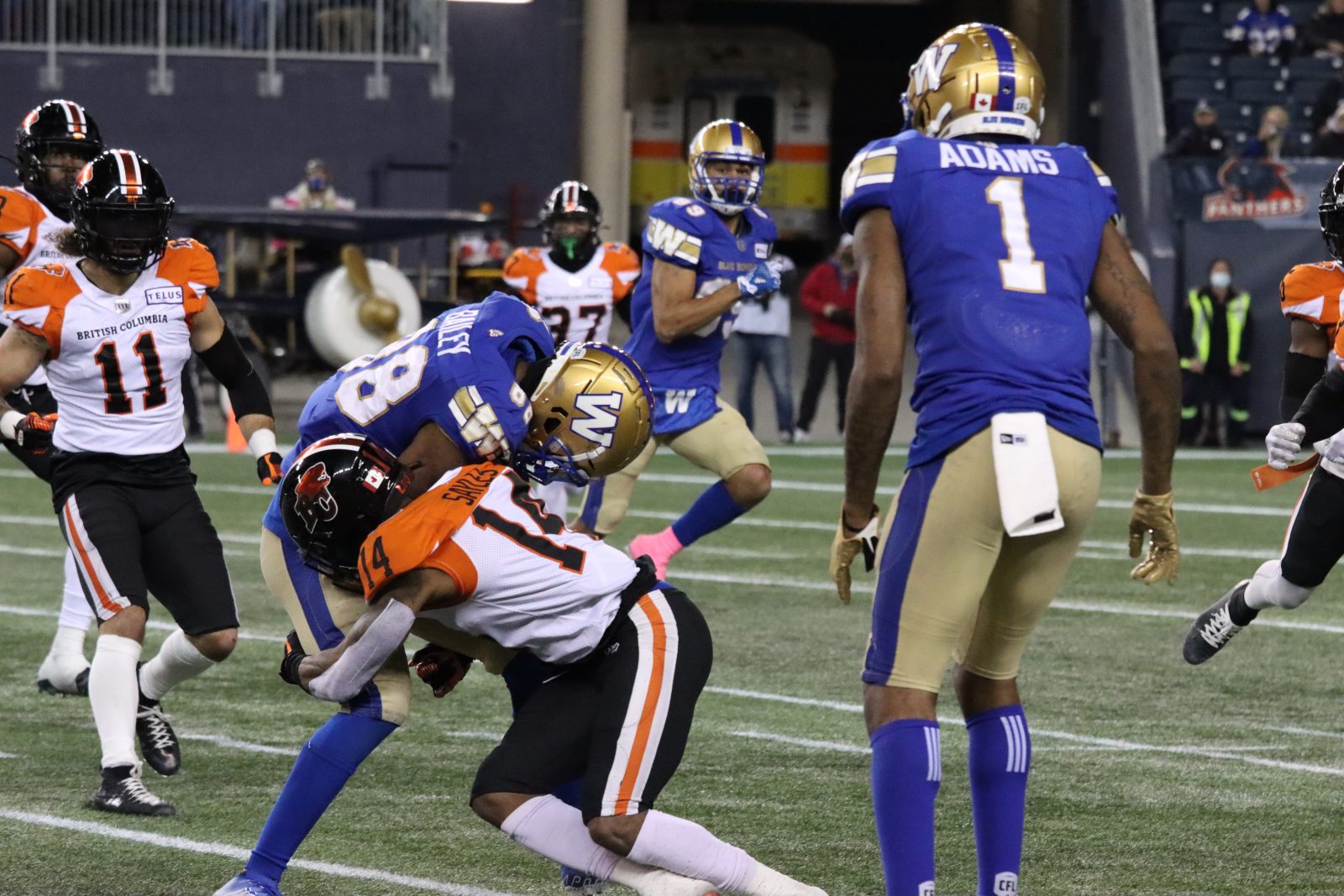 For the second time in a span of four weeks, the Winnipeg Blue Bombers (10-1-0) proved to the BC Lions (4-6-0) just why they are the class of the CFL. This time around, they scored touchdowns on offence, defence and special teams in a 45-0 domination before a jacked-up crowd at IG Field. The result clinches first place in the West and home field advantage for the Bombers in the Division Final on December 5th.

For the Lions, it’s back to the drawing board after a fourth straight loss that has them behind the eight-ball in a tough playoff race with four games to play. It also marked the first time since October 25th, 1970- a 29-0 loss at Calgary- and the 12th time overall in franchise history the team has been shut out in a contest.

The Lions trailed 16-0 at the half but it could have been a lot closer if not for the odd lapse in execution. Both Lemar Durant and Bryan Burnham had uncharacteristic drops that killed a couple of promising drives. Their best drive of the half ended with a Jimmy Camacho field goal miss from 47 yards out: Any points before the break would have been huge. Yet they couldn’t capitalize and learned the hard way you can’t leave opportunities out there on the field against such a strong opponent. And for yet another game, the defence allowed a long touchdown drive- this time 94 yards- when Zach Collaros ultimately connected with Rasheed Bailey to put them up 15-0 in the opening frame. It all boils down to execution once again. The Lions have not thrown for a touchdown in any of their last three contests. 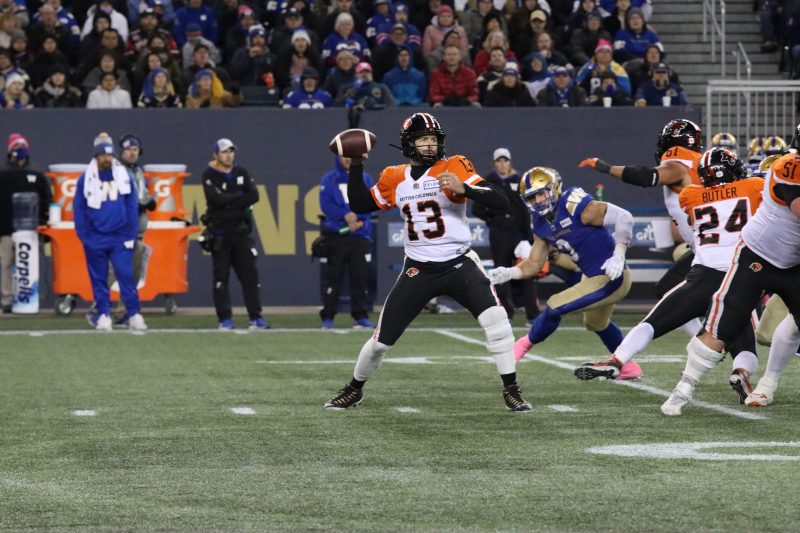 Just like we knew they would. Their stellar defensive front made things difficult for Michael Reilly all night while Willie Jefferson’s interception return touchdown late in the third quarter put the exclamation point on their victory. The Bombers also recorded four quarterback sacks on Reilly, including one on the Lions’ opening series to help set a tone that they were here to play hard once again. Reilly finished 15/31 for 131 yards and the interception. He was replaced by Nathan Rourke with under five minutes to play in that third quarter only to be pressed back into action after just five plays when Rourke tweaked his shoulder after being tackled by Jackson Jeffcoat. The Bombers’ special teams touchdown came on a 63-yard punt return by Janarion Grant.

80.0- completion percentage for Collaros (16/20) who also threw for three majors.

41- rushing yards for the Lions’ James Butler on just six carries. An encouraging sign as the running game will need to be a factor if the squad wants to be outside come playoff time.

108- kickoff return yards for Chris Rainey on six attempts. However, he managed just a single yard on two punt returns.

Reilly on if this is “rock bottom.”- “I hope so. If it gets worse than this, then that’s obviously not a good thing. But hopefully, it is.”

Head coach Rick Campbell: “I’ve been a part of some not very good football teams and this is not one of those teams. There are too many good people and talent but we’re obviously playing like a bad football team right now. We’ve got time but it’s running short, so we’ve got to find a way to fix this.”

The squad heads east to take on the Toronto Argonauts next Saturday, October 30th at BMO Field. The Argos are 6-4, tied with Montreal atop the East Division, after falling 37-16 to the Alouettes on Friday evening.