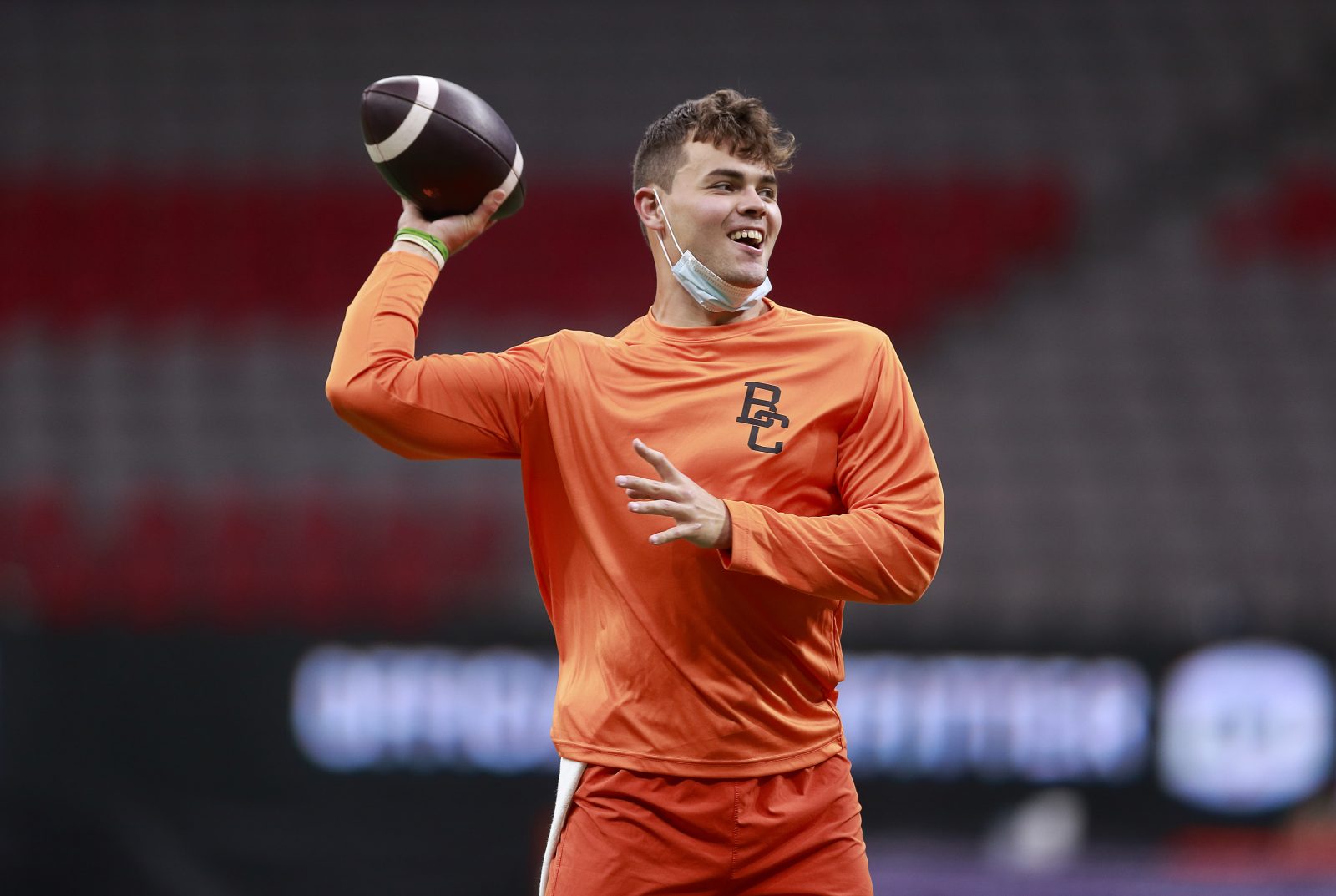 The Ohio University product has dressed for all but one game for the Lions in his rookie season, completing 29 of 48 passes for 395 yards and two touchdowns while adding 77 yards and two majors on 11 carries. Now he gets to showcase his skills one last time before his first pro campaign comes to an end.

“I’ve been prepping like I was going to play every single week because you never know,” said Rourke following Monday’s activity that was moved indoors due to wet weather.

“Mike has been through some injuries this year but he’s been very fortunate. I give him all the credit in the world because he’s a very tough guy, he’s taken some shots this year. But he’s been very fortunate and able to play all the games and that’s just very rare in the CFL. You have guys that go down all the time. So, I was always preparing every single week like I was going to play. It’s comforting going into this week knowing that I’m not really going to change anything but there has been a lot to learn in terms of being a pro, setting your routine and trying to check some boxes in terms of all the stuff I want to do during the week to prepare so on game day I feel like I’m going out there doing what I’m doing.”

Rourke’s first career start came in a week one loss at Saskatchewan where he replaced the injured Michael Reilly just before kickoff. That night he completed ten of 18 passes for 194 yards, two touchdowns and threw two interceptions while almost helping the visitors erase a 31-point first-half deficit.

“Mike is a little banged up and Nathan has been chomping at the bit, so we just decided to go that direction and get him a good look and let him show what he can do,” said Campbell.

Despite those lingering issues with his throwing elbow that have plagued him since training camp, Reilly entered this week as the CFL’s leader with 3,283 passing yards and was a two-time CFL Top Performer of the Month in 2021.