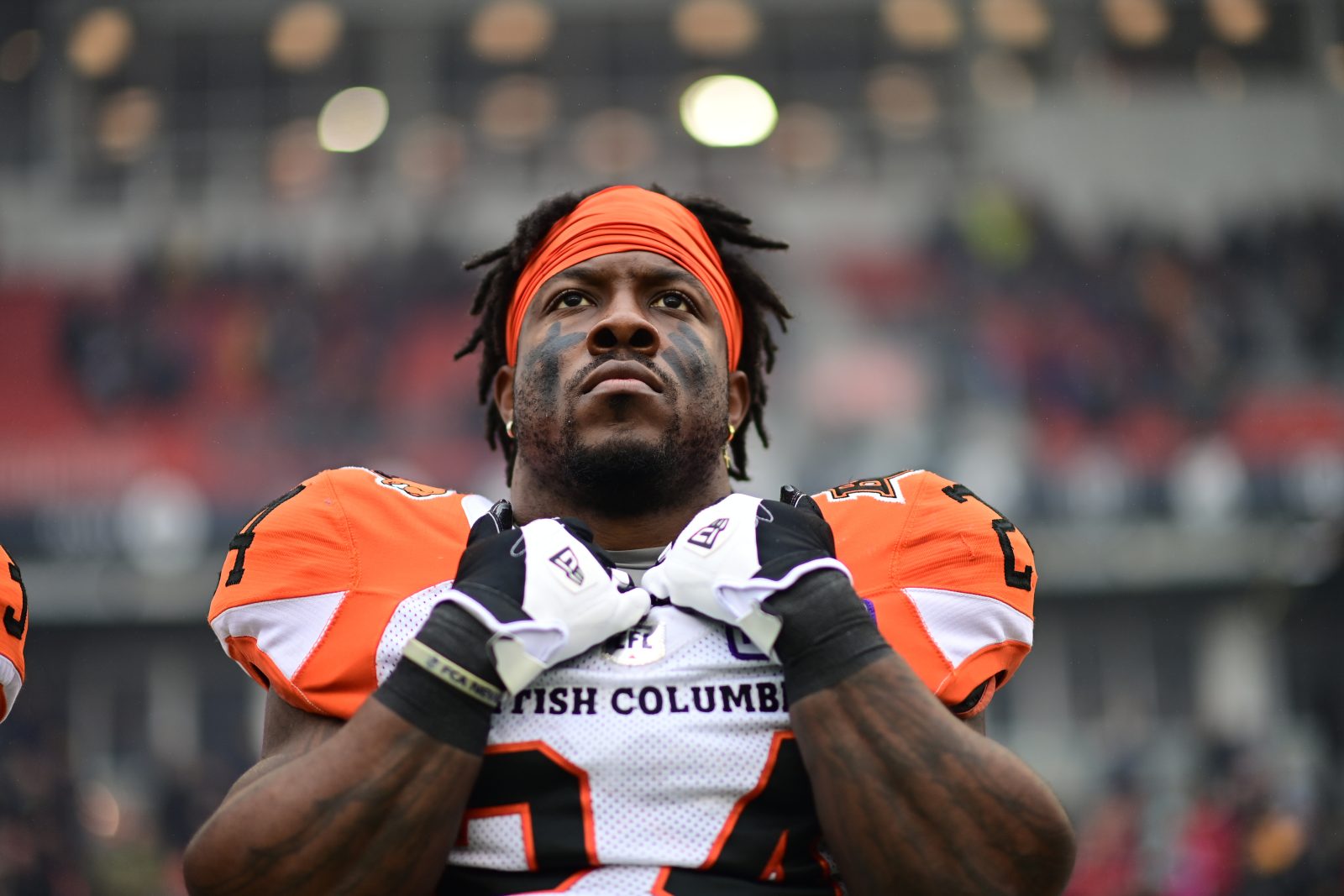 Over the last couple of weeks, James Butler has proved that he is a complete back. Following the criticisms about the non-existent running game from the Lions, Butler, who described this rollercoaster season as the epitome of his entire career so far, he and the offence finally found a way to move the sticks with his legs.

He spent three seasons with the University of Nevada followed by one season at the University of Iowa. From there, it was to the NFL with the Oakland Raiders practice squad before bouncing back and forth between the CFL’s Saskatchewan Roughriders and XFL’s Houston Roughnecks. Butler always had to earn his spot rather than being the lead back right away.

“I’ve never really gone to any place and they thought I was the guy. It’s always me putting my head down and working as hard as I possibly can, proving that I can be the complete back,” Butler said.

“I’m a smaller guy so people try to put me in that box. But they should also know that I can pass protect, I can break tackles. I also can be a little bit more dynamic and make plays.” 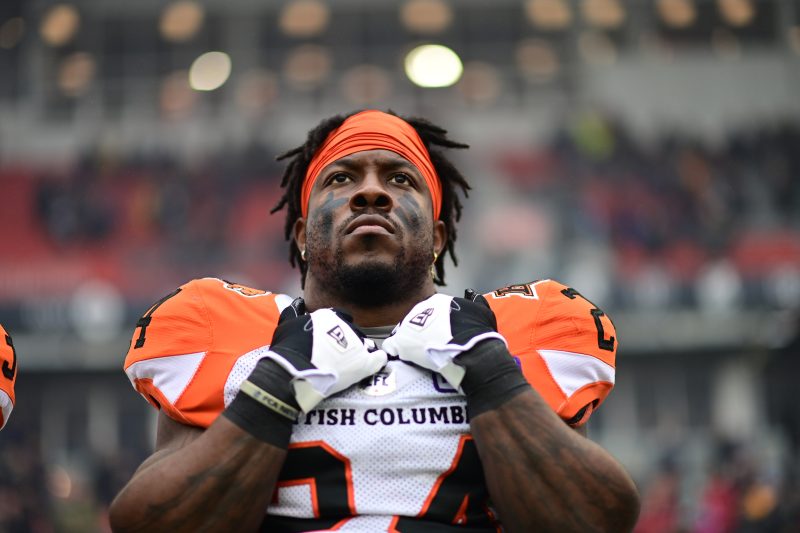 In the past three games, Butler drastically saw more touches on the ground and had Michael Reilly who believed in him to catch passes out of the backfield. It wasn’t the same guy who would get denied behind the line of scrimmage and get dragged down by several defenders.

Butler would give most of the credits to his fellow offensive linemen. But Butler ran with pure confidence last Friday night.

“I wouldn’t be doing what I’m doing if it wasn’t of them [O-Line]. I think those guys are playing their best football and those guys believe in me. I really pride myself on wanting to be the best possible teammate I can be,” he said.

A part of the spark in the Lions running game really came down to executions.

“I would just say communicating because I always tell Peter [Godber] and those guys, ‘as long as we are on the same page, even if it’s wrong, we can still make the play work.’”

Over the last three contests in Toronto, Hamilton and against Calgary at home last week, Butler rushed for 209 yards — more than the total rushing yards combined (179) in the seven other games he had appeared this season.

Butler recalled a few weeks back when the offence struggled to generate yards on the run game. Reilly would finish the game with more rushing yards than the backfield. Butler and the O-Line had to fix the running game.

“The last few weeks, it’s just playing our best football we possibly can. Just trying to switch that narrative of that we’re not capable of running the football,” he added.

At this point of the season statistically, the Lions can’t escape the bottom of the league with 69.1 rushing yards per game. But Butler’s last performance says it all. His 11 carries for 89 yards in addition to seven receptions for 36 yards made last week by far his best game of the season.

“Just playing with more confidence lately. The guys on the O-Line have been playing like that lately, too. The team is really being behind me and that’s really committed to the running game. I find that’s really helpful.”

There’s still plenty to be playing for despite being eliminated from playoff contention. Rookie quarterback, Nathan Rourke will be commanding under center this Friday. Butler is excited for what the young quarterback can bring to the table since his last start in week one. 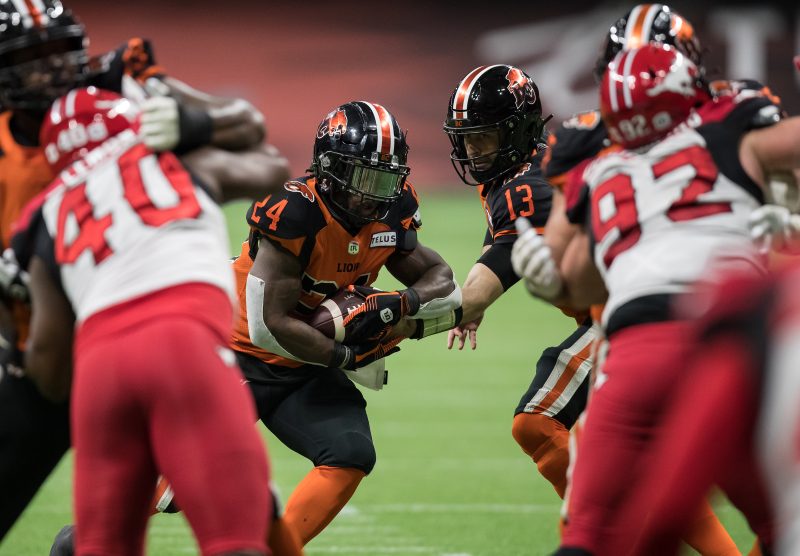 Perhaps a combo to look forward to as Rourke dished out two touchdowns during his debut in Saskatchewan and Butler is currently playing his best football in orange and black.

And one of Butler’s rushing scores this season came from a shuffle pitch by Rourke against the Montreal Alouettes, Butler said he’ll do whatever he can to keep the pocket clean for Rourke.

“I’m super excited for Nathan, I know he’s going to do well. For me, I’m going to help him out back there, be his eyes and back if he needs me. He’s young and athletic, he can do so many things,” Butler said.

“I’m excited for him to pick up where he left off and be able to manage the whole game.”

The Edmonton Elks will be playing their third game in seven days. As the original game against the Argos from August 26th has been pushed back to this Tuesday due to a COVID-19 outbreak from the Elks side. 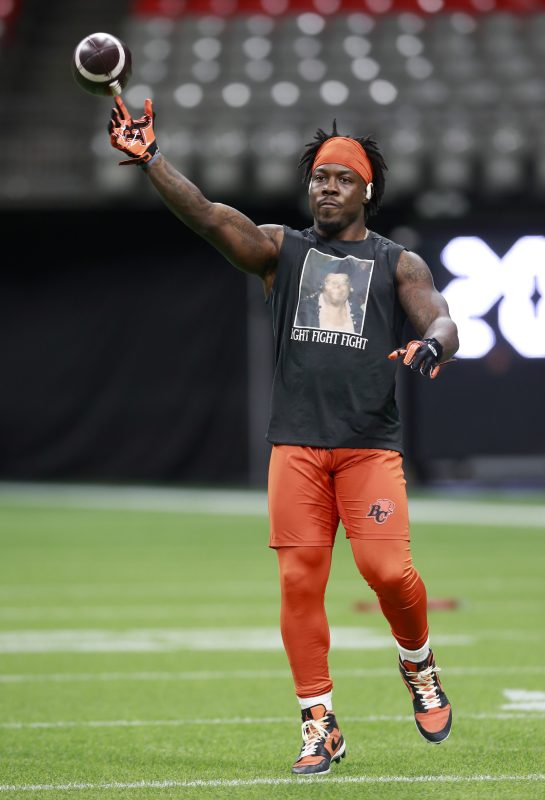 Ending the season on a positive note would be the key to this Friday’s matchup against the Elks. As Butler said, he’s had to earn everything in his career. When he came into training camp earlier this season, Butler was flying under the radar when all the eyes were on other running backs on the depth chart. He proved everyone else wrong and emerged as a lead back on the team.

“Coming here is kind of like the same thing. I had to work as hard as I possibly could and stick around. I’ve seen people come and go which is crazy, but I’ve been blessed enough to stick around and keep my head down and keep working. It has worked out,” he said.

Over the last few games, he’s been rocking warmup shirts of his grandmother on them, knowing that he’ll always have an angel looking out for him. Now Butler is carrying the ball with confidence, he wants to recreate the same energy as the team since the win in Montreal.

“It’s been a whirlwind and definitely some peaks and valleys. We’re trying to catch that spark we had at the beginning of the season. I’ll never forget that. The locker room experience at Montreal was so electric and so much fun,” Butler recalled.