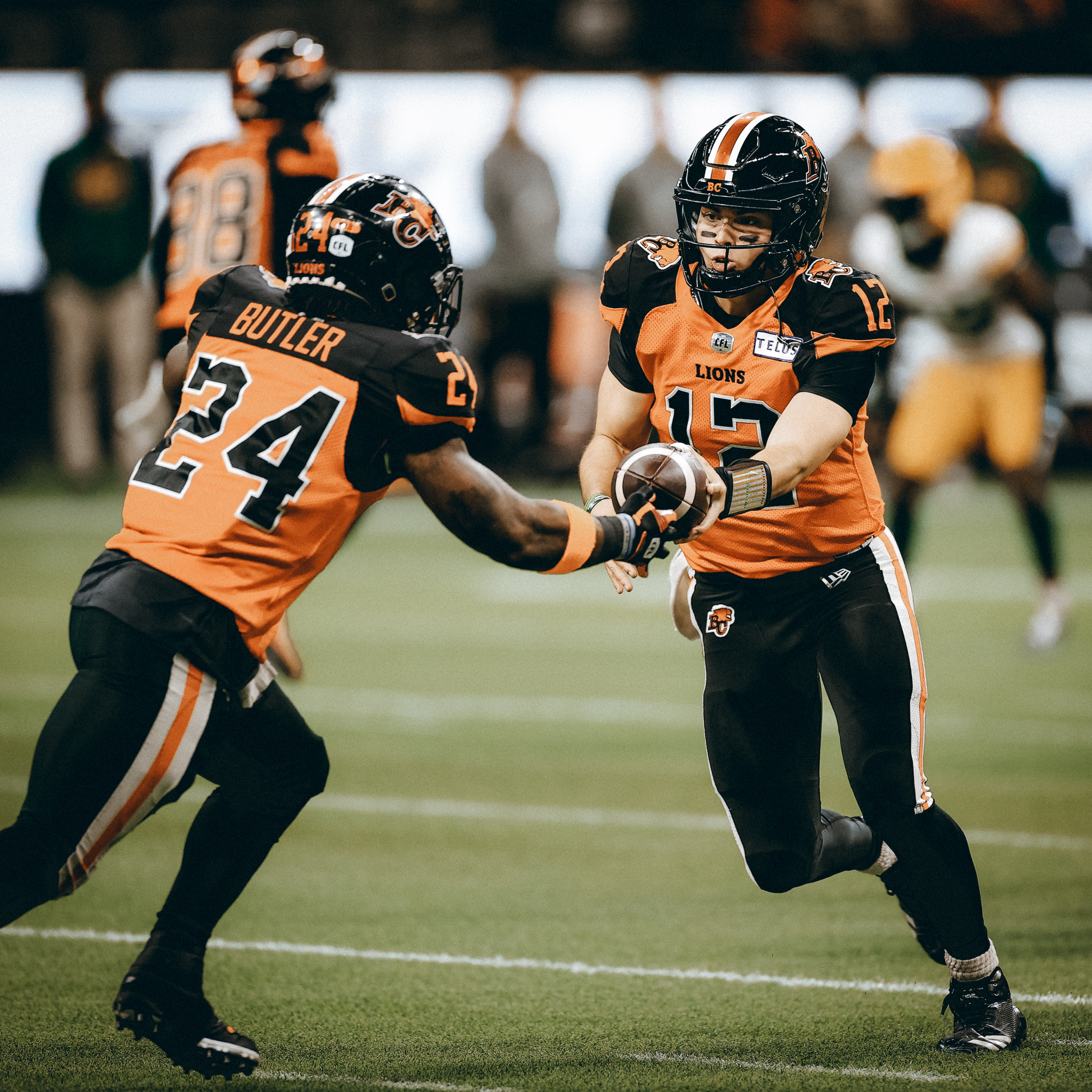 It was the Nathan Rourke show and a stellar defensive effort as the BC Lions (5-9-0) ended their 2021 season on a winning note, cruising past the Edmonton Elks (3-11-0) 43-10 on Friday night at BC Place. The season may now be over, but this result will give the organization a nice feeling as the long process of building for 2022 begins. Now for some game takes from Matt Baker.

It was a night to remember for the Victoria-born Rourke who was making his first start since way back in the week one fiasco at Saskatchewan. He said all week long he prepares as if he’s starting every game and he certainly backed that claim up in this contest, finishing his night 23/34 for 359 yards and a touchdown strike to Bryan Burnham.

The rookie also rushed for three first half touchdowns as the home side led 34-7 at the break and effectively put the game out of reach. Lucky Whitehead contributed to the opening half massacre with a 79-yard punt return touchdown. Game, set, match. 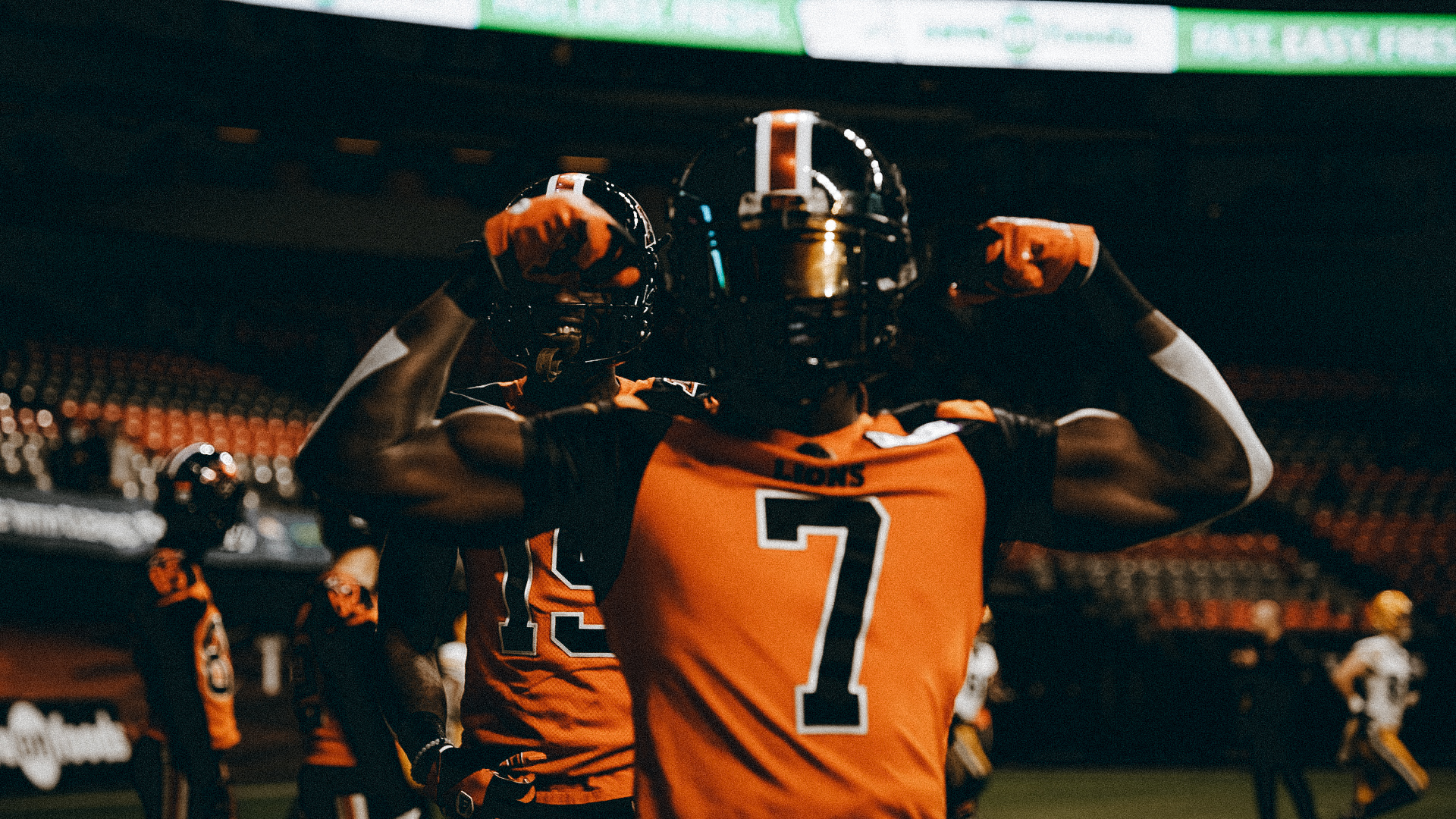 Rourke took command of the offence right from the beginning, engineering a ten-play, 62-yard drive to begin the game that culminated with the touchdown pass to Burnham. The series also featured a dropkick after the Lions initially lined up in field goal formation on a third down at the Edmonton 45-yard line.

Jevon Cottoy made the recovery to keep the drive going before Rourke connected with Burnham for the major three plays later. Simply put, the team was loose and relaxed from the opening kickoff and it made for complete domination of an Elks squad that was playing its third game in seven nights. Too little too late for any type of 2021 Grey Cup magic, but certainly a nice way to wrap up a roller-coaster campaign.

Defence Was Alright Too….

The ballhawks were in full force tonight as they totaled five interceptions, two for TJ Lee and one each for Marcus Sayles, Anthony Cioffi and Hakeem Johnson. Hat tip to Sayles on his lateral to Lee that went down inside the Edmonton five-yard line, only to be called back by an illegal block.  They still managed to find the end zone on the ensuing drive on Rourke’s first rushing major.

Sayles also through an outstanding block to aid Whitehead on his return touchdown. That’s a piece in the secondary that the Lions will be glad to have for the next couple of seasons.

Sticking with the defence, Kevin Thurman recorded a pair of sacks while Jamie Harry led all Lion defenders with six tackles. All in all, a nice opportunity for those who hadn’t played as prominent a role this season to get a chance to prove their worth. That has to be good for the coaching staff when it comes to upcoming evaluations.

502- yards of total offence by Rourke and company.

5- the number of Lion interceptions, surpassing the season-high of four that was set in a week two win at Calgary.

“It was obviously awesome to be a part of it and to get out of that losing streak we were in and end the season on a good note. It’s such a special team, such a special group and our record doesn’t reflect how good we were. It’s really good to kind of win a game that I think we should have won based off of the circumstances. But to win it the way we did, I was really proud of the team and it was cool to be part of something like this.”- Nathan Rourke

“I’m glad we played with a lot of effort and passion and finished it off the correct way. The whole season didn’t go the way we wanted it but there is a lot of really good pieces here, a lot of players that can win a lot of games with the BC Lions and we’re going to work hard at proving ourselves at whatever that is and go from there. But I’m proud of the way the guys showed up and played for 60 minutes.”- Rick Campbell