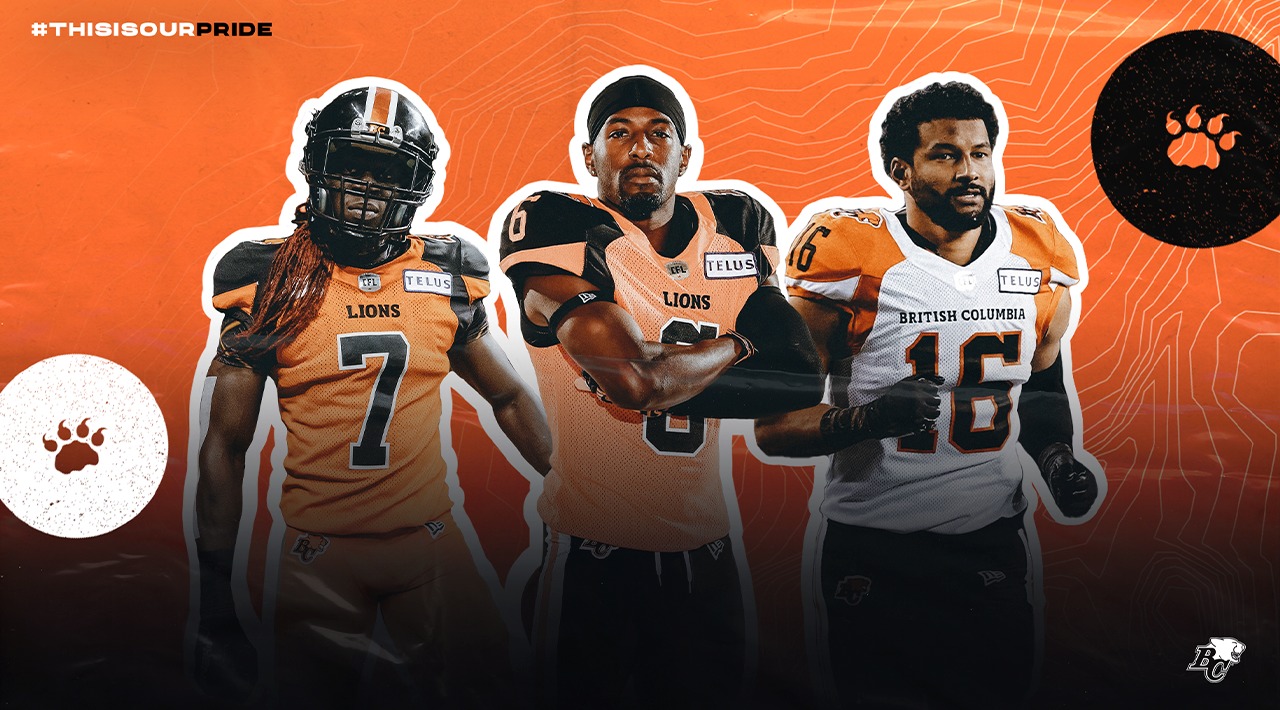 The BC Lions and Canadian Football League announced this morning that wide receivers Bryan Burnham, Lucky Whitehead and defensive back TJ Lee were voted as West Division All-Stars.

Burnham- earns his fifth West Division All-Star nod after recording a CFL-best 67 receptions for 965 yards and five touchdowns. Along with leading the team in each of those three categories, Burnham’s receiving yards total was second in the league behind Winnipeg’s Kenny Lawler. On November 5th in Hamilton, the always-reliable Burnham moved into fifth spot on the Lions’ all-time receiving yards list ahead of Mike Trevathan. Burnham currently sits at 6,616 yards for his great career and has recorded at least one reception in all 96 of his games as a Lion.

Whitehead- one of the more impactful free agent signings across the league this season, Whitehead brought an immediate spark to the Lions’ offence while also becoming an instant fan favourite. He finished with 60 receptions for 932 yards- top five in the CFL in both those categories- and caught four touchdowns. The speedster was also a difference-maker on special teams as he returned 12 punts for 130 yards and a touchdown and also had a 118-yard missed field goal return touchdown during a week six victory over Ottawa. Whitehead led all Lions with 1,212 combined yards. His credentials also helped him earn the team nomination for CFL Most Outstanding Player.

Lee- a second career West All-Star honour for the veteran defensive back who matched his career-high total of four interceptions in 2021, two of those coming in the 43-10 win over Edmonton to wrap up the regular season. Lee also racked up 71 tackles on defence and 12 more on special teams to move past Korey Banks into seventh on the Lions’ all-time total tackles list with 410 (384 defence, 26 special teams).