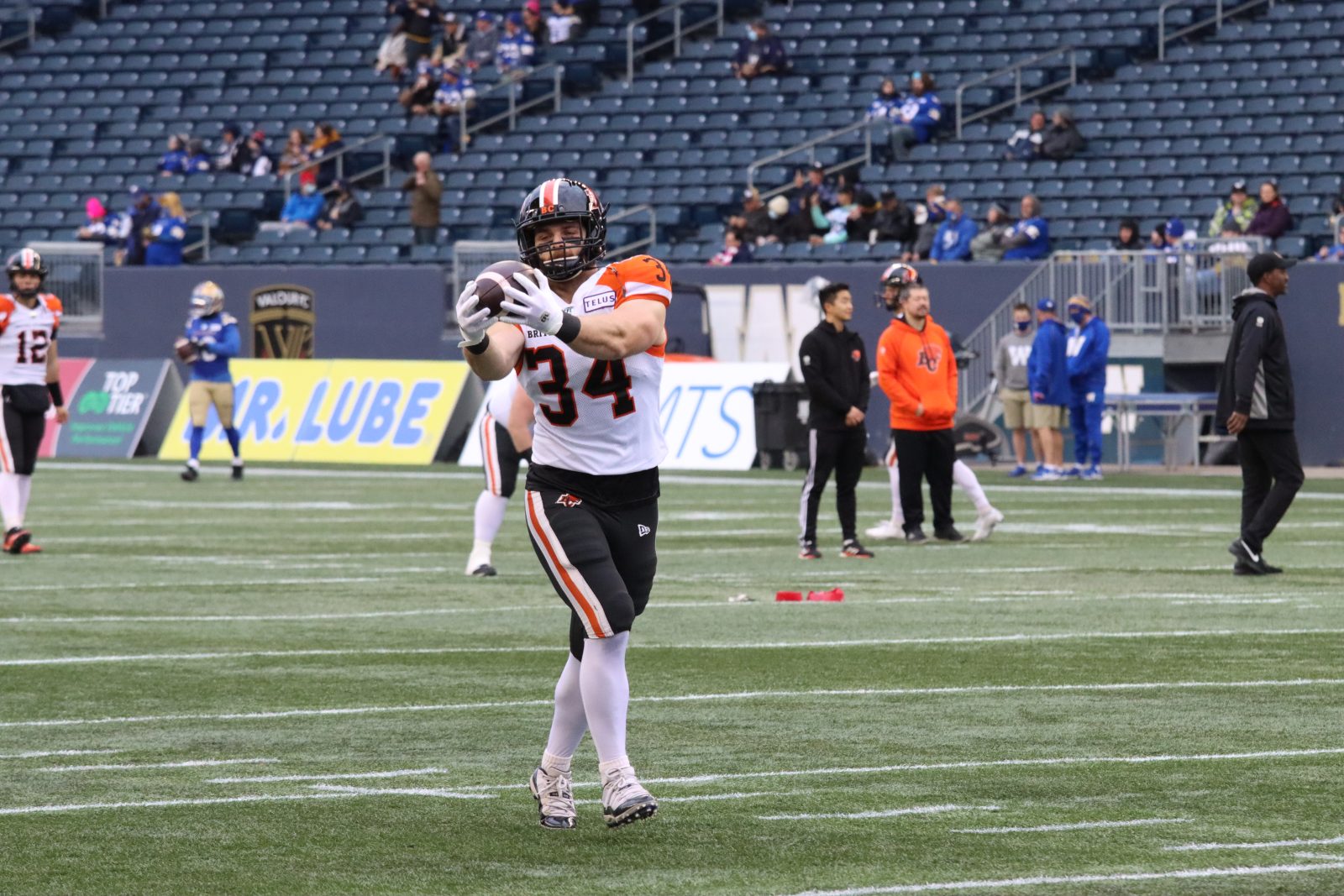 Lions fullback and team captain David Mackie was announced as a finalist for the Jake Gaudaur Veterans’ Award on Wednesday morning. The award is given annually to the Canadian player who demonstrates the attributes of our veterans: strength, perseverance, courage, comradeship and contributions to Canadian communities.

Mackie has battled through major injuries over the past few seasons. His determination and perseverance have earned him the respect of his peers, and he has been voted team captain for the past two seasons. He is not only a consummate professional, but also a thoughtful leader.

He generously opens his home to his teammates to build and strengthen their bonds, including during the holiday season when some are unable to make the trip home. Mackie serves as a staunch advocate for the Indigenous community, creating a bridge between them and the team to foster understanding and allyship.

The other 2021 finalists are as follows: