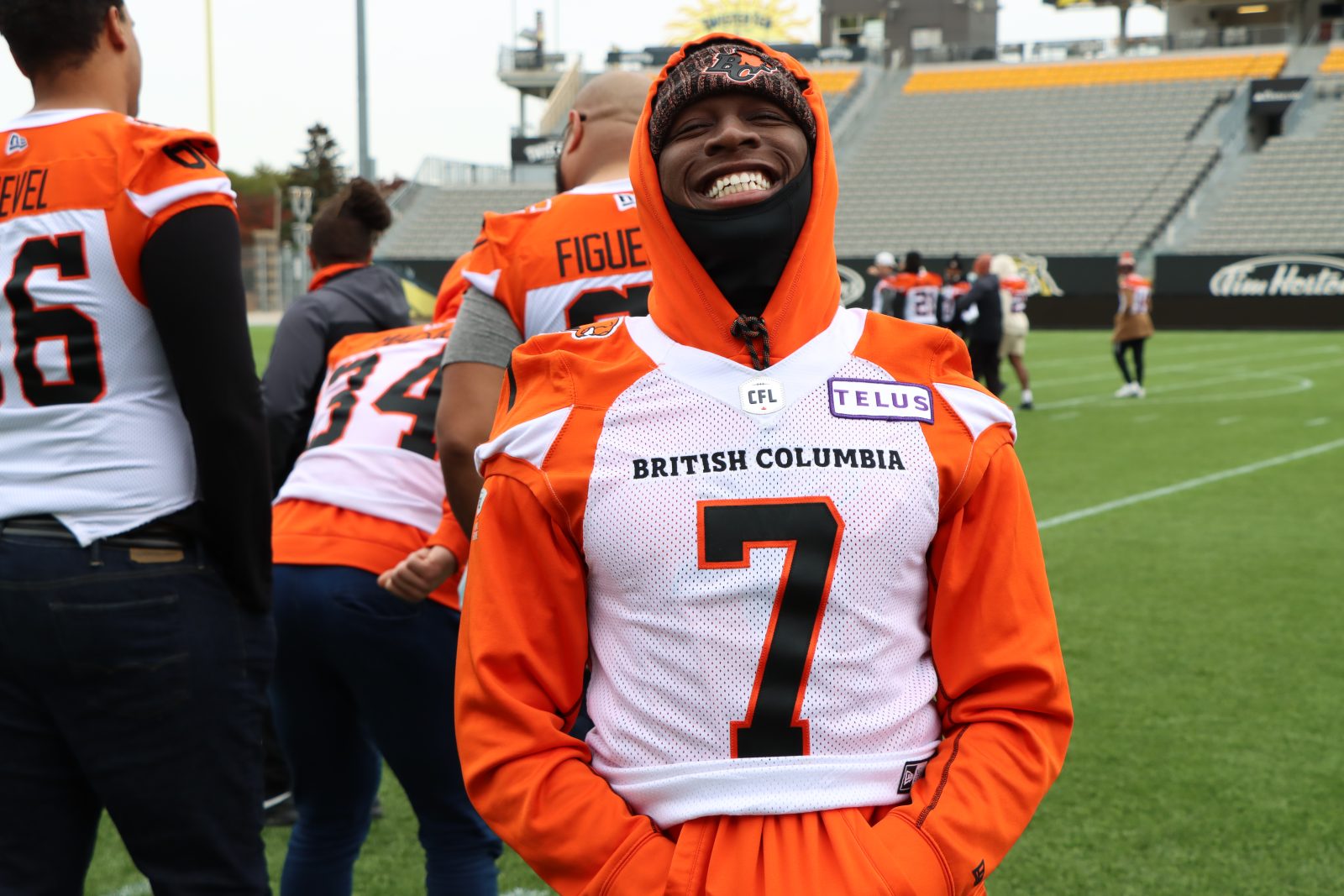 One of the most exciting players in the CFL will be sticking around in BC for at least another two seasons. Wide receiver and kick returner Lucky Whitehead just became the highest-paid receiver in the league this week.

From his spectacular performance in 2021, he has proved every worth of penny for his contract and that he’s not just a gadget player on a team. Since he strapped on the pads for orange and black, Whitehead registered 60 receptions for 932 receiving yards and four touchdowns in 12 games.

His big-play ability also appeared on the special teams this past season with a 119-yard missed field goal return against the Ottawa REDBLACKS in week six and a 79-yard punt return against the Edmonton Elks in week 16. Before Whitehead goes beast mode again in 2022, here we present the five things to know about the dynamic speedster.

Although he’s an animal himself on the football field, Lucky absolutely loves animals. For those that follow him on social media, Lucky adores his four American Bullies more than anyone else in the world. In fact, he said he prefers animals over people. Lucky’s social feed is all about the electrifying plays, offseason grind and most importantly living his best life with his paw animals. Besides dogs, Lucky also has a heart for snakes since he was little. It all started when Lucky’s mom had pet snakes while he was growing up, then the love for reptiles never stopped. Lucky currently has a ball python named Squeak.

Ever wonder what Lucky eats to stay fast? Definitely not chicken breast, broccoli and brown rice. Lucky said he’s quite a picky eater. Believe it or not, there are only certain food items that he can tolerate like shrimp alfredo, streaks, hamburgers, hotdogs and mash potatoes. He said he hates everything else besides those foods. It may not be hard to please Lucky at the dinner table with these classic savoury foods but if they aren’t tasty enough for his taste buds, he won’t lay a finger on them.

Now we have Lucky’s mystery diet out of the way, his pre-game snack may not be as much of a surprise. You’ve probably have seen Seattle Seahawks legend Marshawn Lynch eating Skittles on the sideline. Lucky’s pre-game pick me up consists of a Red Bull energy drink and Trolli sour gummy worms. The caffeine, sugar and all that jazz are the by-products of what fans see on game day of number seven blowing past defenders and celebrating in the end zone. 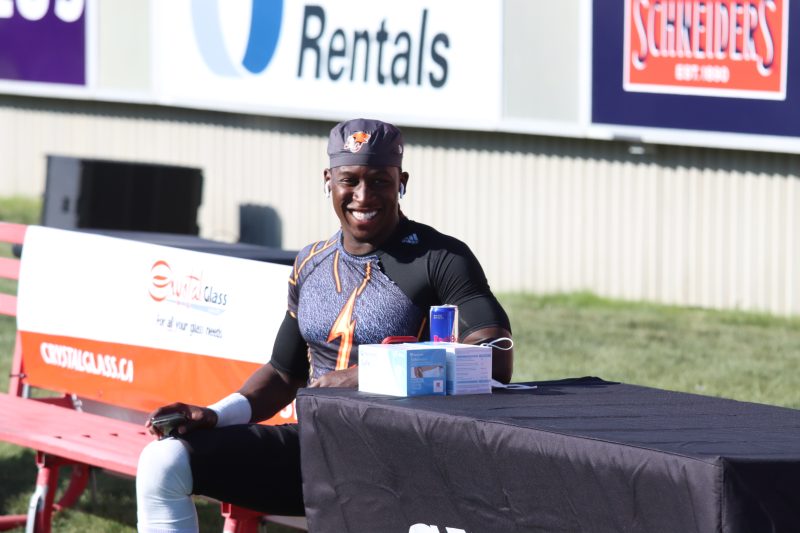 It may possibly be the best news to avoid Monday blues this past week when Lucky made his return to the orange and black official for 2022 and 2023. His newly signed contract makes him become the highest-paid receiver in the CFL.

“I played my best football in 2021 to earn that,” Whitehead said.

As mentioned earlier, Lucky dynamic playmaking ability on the offence and special teams places him top amongst the league in multiple categories such as fourth in the CFL in receiving yards (932), leading the league with 447 yards after the catch and four games with 100 plus receiving yards. The 2021 CFL and West Division All-Star will be preparing for more explosive plays in the near future.

Lucky said he recently got into breeding 11 American Bullies. They fall under together with other Bully breeds such as the American Bulldog or Boston Terrier. American Bullies are built larger in terms of head size, leg length and bigger muscle tones. Lucky owns four of his Bullies: Blitz, Basil, Birkin and most recently, Bellatrix just joined the family. Lucky plans to have more bullies join the gang in the future and hopes to bring them to Vancouver during the season.