Tyler Packer | Back For Round Two 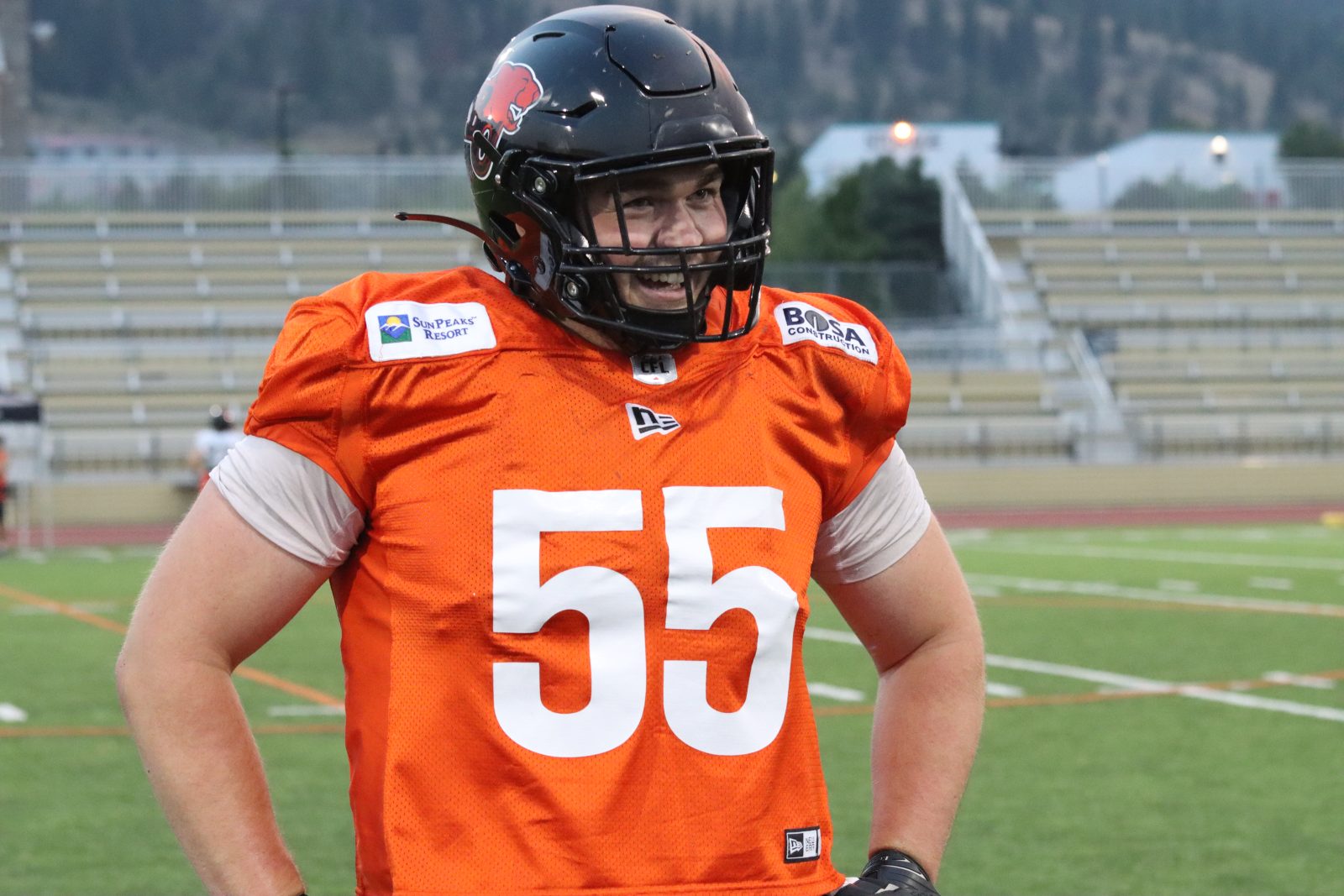 Tyler Packer | Back For Round Two

While the CFL Regional Combine continues this week at the Commonwealth Stadium Field House in Edmonton, players from across Canada will head to Toronto for the national combine from March 25-27 at the U of T.

The National Combine isn’t just about the testing numbers of the draft prospects; it’s a rite of passage for many Canadian university football players hoping to get to the next level. Unfortunately, for players like the BC Lions’ 6th round draft pick in 2021, Tyler Packer, that rite of passage was robbed by the pandemic.

“Just that aspect of being in a room full of other players that you’re competing with and then basically guys yell at you and you want to be the best. If you’re a competitor, you’re going to compete to put up the highest numbers in every single category,” said Packer about missing out on being at the combine in person.

“There’s a big difference [between] being in front of somebody rather than on a video. You can watch a highlight tape all you want, but unless you’ve seen them play live, you’re not going to know what they’re doing off the field or when they’re not in a play, or how they talk to their coaches,” he added.

Other than missing the combine last year, the 22-year-old offensive lineman awaits his debut with the Lions this summer.

He attended the Lions training camp last July, and being the youngest offensive lineman on the roster meant he was still in safe hands under the guidance of O-Line coach, Kelly Bates, and more veteran teammates.

“Going in, I knew I was excited just to learn from them. The first day I got there, I met my roommate. I had the coolest roommate in the world who was just teaching me everything that he’s learned,” Packer recalled.

Fellow Lions’ offensive lineman, Andrew Peirson, paired up with Packer as roommates at Thompson River University last July and provided the rookie with insights on what to expect in the CFL.

“He taught me it’s not always being the biggest guy in the room. But if you’re smart, you’re going to get in that spot where you can compete. He also taught me that being a professional isn’t just being a jock who doesn’t care about other people. As you can tell from him, he’s one of the most caring people, he’s constantly in the community, which is a big thing to the sport,” Packer said.

Knowing he had one remaining year at the University of Calgary, Packer was eager to soak in as much as possible before returning to school in 2021 to make up the U Sports season he missed in 2020.

“I wanted to learn everything that I could, so I had one year to develop. I knew I was super young and this whole thing would be a learning experience. I took everything that I learned back to school with me,” he said.

Before seeing his name go up on the draft board last spring, Packer was a talented prospect for Team Alberta and went on to represent Canada at the 2018 International Bowl in Arlington, Texas. He joined the Dinos in 2017 — the first rookie to start at tackle for the University of Calgary since former Lions offensive lineman, Kirby Fabien in 2009.

Through 29 appearances with the Dinos, Packer helped the 2019 squad capture the school’s first Vanier Cup title since 1995. Packer was one of the three Dinos’ offensive linemen to get selected in the 2021 CFL Draft. Peter Nicastro, the 7th overall pick went to the Toronto Argonauts, Logan Bandy, 38th overall pick, went to the Saskatchewan Roughriders.

“Those are my dawgs. We decided to grind together and that was just huge for us. I’m happy it all worked out for us,” Packer said.

And this year, there are more highly sought-after prospects from the Dinos football program who will be hearing their names called out on draft night.

Jalen and Tyson Philpot, sons of former BC Lions running back, Cory Philpot, are top on that list. Packer added that the Philpot brothers will make an immediate impact on whichever teams they land.

“Those two are probably the most talented I’ve seen at wide receiver. They’re just great individuals in general. They’re always there for you if you need them. But when it comes to what they bring to a team, it’s just unspeakable just because they’re those impact players you look for,” he added.

Now that Packer is near to completing his studies at the University of Calgary, he’ll be up to the task of bringing depth to the Lions’ offensive line this season. But this time he is going to compete for a spot on the roster.

“I’m going to have a couple more classes left that I could just finish online. The biggest thing now is me trying to make the roster this year. Not like I didn’t try last year but I’ve grown a lot as a person now I have school under my belt,” he said.

The 6’6’’, 310 lb offensive lineman is capable of lining up at the tackle or guard position.

“I’m trying to get to that seventh or eighth-man role. I want to be useful where I can help the guys but I’m also competing for a spot at the same time. My biggest goal is just taking in everything coach says and then learning the playbook,” he added.

“We brought in some very talented D-Line to help us get better and we’re bringing that into camp and practices. It’s exciting to see how we can move forward.”