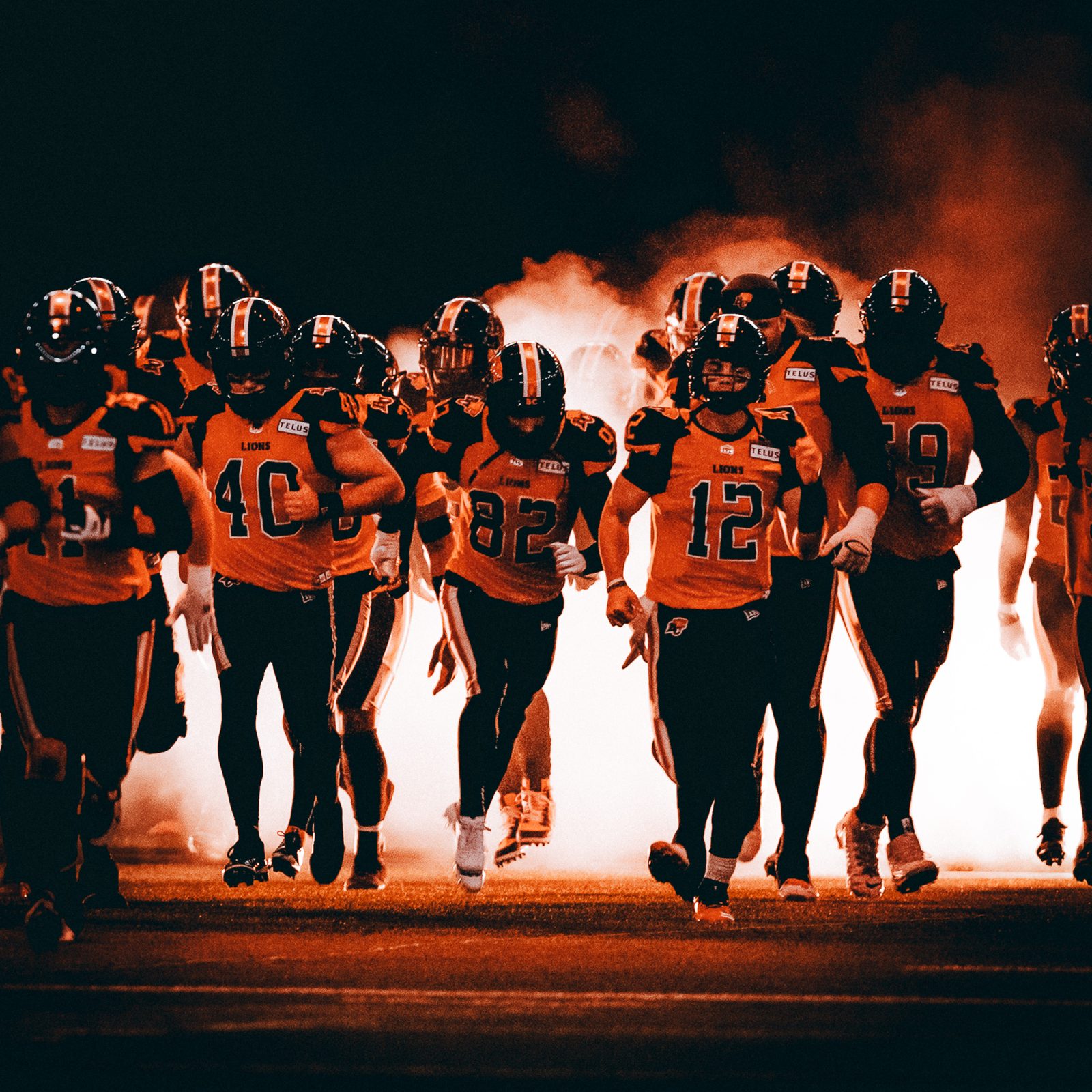 B.C. Lions players run onto the field before a CFL football game against the Winnipeg Blue Bombers in Vancouver, on Friday, October 1, 2021. THE CANADIAN PRESS/Darryl Dyck

Before the start of the CFL Draft and the Global Draft next Tuesday, there’s always the possibility of a last-minute change. As Lions head coach, Rick Campbell often says, “always prepare for the unexpected.”

Rob Ralph, the club’s director of Canadian scouting and CFL Draft coordinator has been spending the last few months with football ops preparing a list of prospects waiting for their names to be called on May 3rd.

“The final step is calling agents, coaches, to see if anything changed over the last couple of weeks health-wise. Because players are obviously training, we want to make sure they are 100 percent healthy if we draft them with training camp being a few weeks away,” Ralph said.

All the preliminary work of scouting has been done for the Lions football operations and coaching staff. From attending the regional, and national combine to the personal evaluation process of interviewing prospects and getting a full grasp of players’ character. It all leads to one goal — building a strong culture inside the locker room.

“This year, there were three regional combines. We saw probably around 90 to 100 football players and the top ones went to Toronto for the national combine,” Ralph said.

Right before training camp concluded last summer, Ralph made his way south, to attend several NFL teams’ training camps. He would then return to Canada to tune into the U Sports season where Canadian universities hit the field for the first time since the start of the pandemic. Ralph ensured that he attended as many games as he could on top of evaluating game films.

“I was fortunate enough to attend quite a few games in the OUA and RSEQ. I attended at least two games every weekend. I was able to watch from the stands, a distance away from the athletes, but I was able to watch it live, much more than we could in 2020,” Ralph recalled.

“You get to see them move live. You get a sense of how athletic they really are, their speed, agility and movement. You can tell all this on video and virtual combines but there’s nothing like seeing it in person to get a better feel of these athletes.” 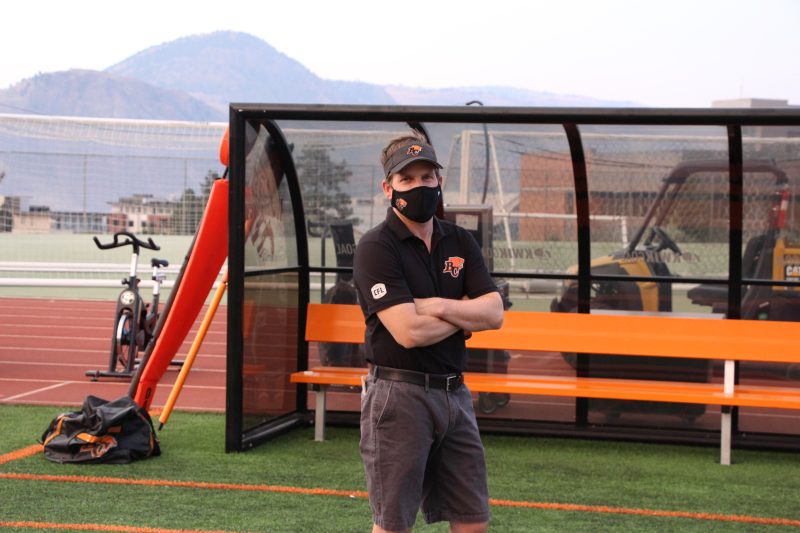 Ralph usually gets the first glance at draft-eligible Canadian prospects at the East and West Bowl. After pinpointing selected prospects from watching them live, and evaluating their game tapes, Ralph would contact their coaches, and trainers to acquire more information on the athletes.

“There are three facets to how we evaluate players. Number one is game video, that’s probably the majority of our evaluation. Number two would be combine measurements, how do they compare in size, speed and strength to others in their positional group. Third would be their interviews,” Ralph said.

“We want good people in our locker room. We don’t want distractions. There are enough distractions in football during the season with injuries, scheduling and all those things. We don’t need bad apples on our team.”

Just only a few days before the CFL Draft officially begins. Each team will finally reveal who they will add to the roster after months of discussions on these intriguing Canadian prospects, who are also trying to prove their worth against some of the best football players around the world.

While some Lions fans are hoping for local products like Jalen and Tyson Philpot, sons of former Lions running back Cory Philpot to play for their hometown team, the task for the club’s front office remains unchanged — selecting the best players available.

“We don’t like to use the term overdraft. We want to pick in a position of best player available so they can come in and compete at that position,” Ralph said.

“There are a lot of quality players in this year’s draft. I think they’re going to create a lot of competition for the players that are regulars on their own teams. I would say we’re going to get some very good football players next week that are going to come in to compete. That’s what we are expecting them to do.”

Like many CFL Drafts in the past, players from historically winning Canadian programs will usually produce the best prospects for selections, as well as the Canadian prospects in the NCAA.

The Lions will obtain three global draft picks and nine selections for the national draft.

The CFL Global Draft will start at 9 a.m. PT through CFL.ca. The first two rounds of the CFL Draft will begin its commentary coverage at 5 p.m. PT on TSN. Round three to eight are trackable through CFL and TSN’s websites. 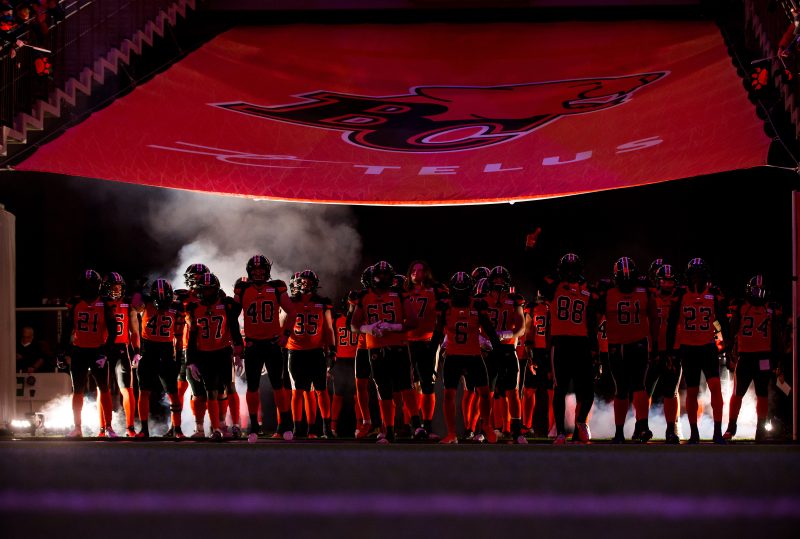