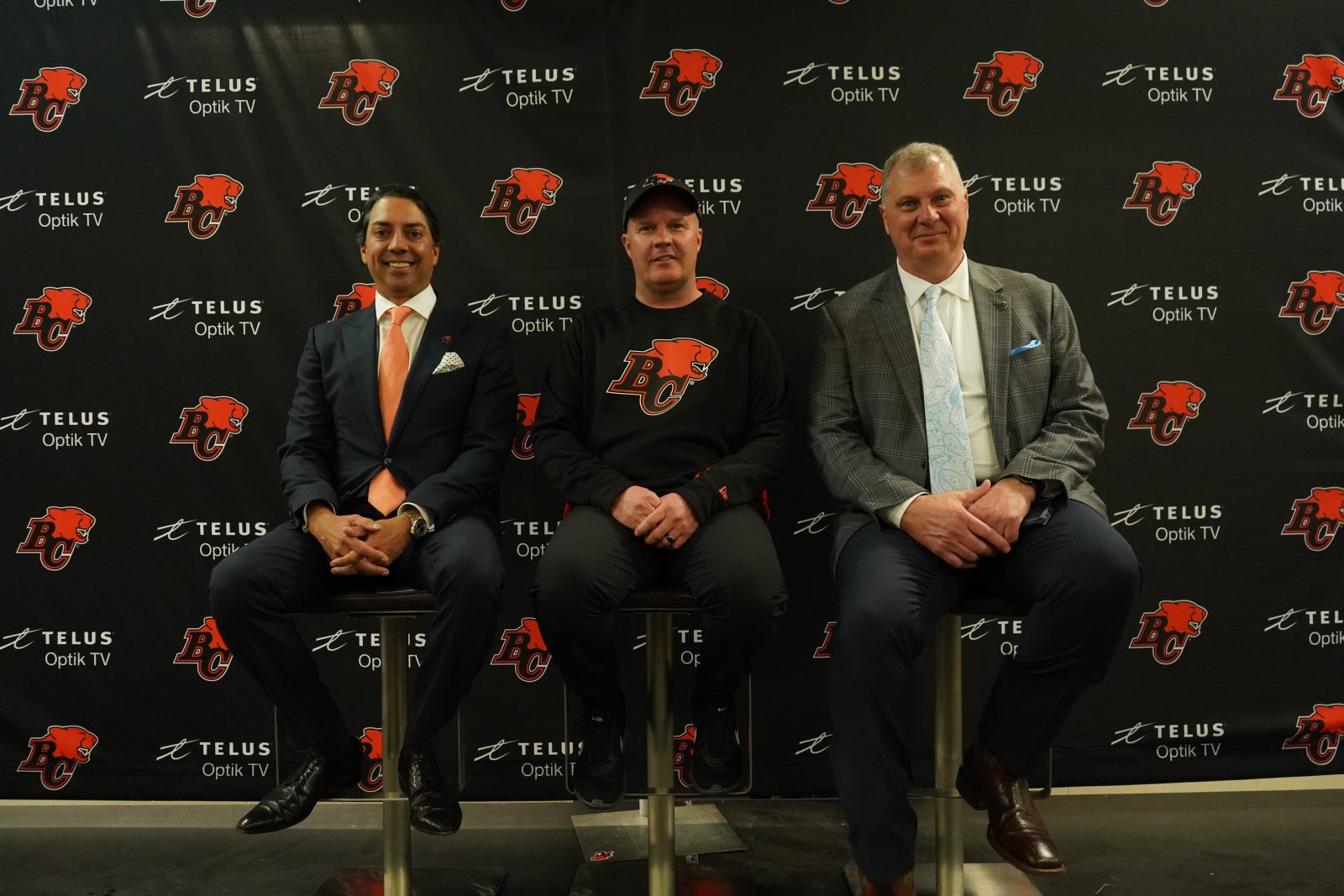 Anyone else getting goosebumps? The excitement for 2022 is heating up as the Lions this week officially unveiled plans for the June 11 season kick off. It is indeed shaping up to be an opener like never before.

Lions and CFL fans worldwide will be treated to a pre-game concert by Grammy-nominated and Global Pop sensation OneRepublic as we begin the 68th season in style. Owner Amar Doman helped make the official announcement before a group of sponsors and media members on Thursday at BC Place and also spoke later before a group of season ticket holders.

A vision of Doman for a long time, the OneRepublic show will go a long way in making Lions games an even bigger event. The owner is also satisfied in finding a musical act that will impact a wide demographic of Lion fans; not just something for either the younger or older guard to enjoy.

“It’s music for everybody. It’s great energy,” said Doman to a group of reporters following the announcement.

“They have so many different great hits, and we were very fortunate to get them. “We didn’t want to go too hard rock or too rappy. We just want to be something that everybody knows. It won’t be painful for everybody. It’s gonna be very enjoyable.”

This will also not be the first time OneRepublic is part of the script for a big football event. The six-man group from Colorado Springs who achieved their first commercial success on Myspace as an unsigned act just after the turn of the century performed halftime of the 104th Grey Cup in Toronto in 2016. More recently, they played the week one NFL opener between the Los Angeles Rams and Chicago Bears in 2021, the first game at SoFi Stadium with fan attendance.

So as far as CFL home openers go, this is, as Larry David would say, pretty pretty pretty good. Doman re-iterated his excitement to the fans later on Thursday night. He views it as a major opportunity to re-establish BC Place as a premier sports and entertainment venue in North America.

“For us to not only give back to the province and to the CFL, but we’re also going to stop the nonsense about BC Place. We are in the Taj Mahal, as I call it, ” the owner proclaimed.

“This place is beautiful. We have a wonderful stadium. It’s a big stadium. I don’t want to hear the disrespect. It’s our job to fill it. That means winning games. That means putting the right product out at the right price. It’s not going to be in the first year. We’re going to keep chipping away at it.”

Music to the ears for diehard Lions fans everywhere. With training camp less than ten days away and the excitement starting to build around some of the new additions brought in by Neil McEvoy and Rick Campbell, it should make for an eventful few weeks leading up to the big home opener. Fans can tune into the entire town hall below as Campbell, quarterback Nathan Rourke and Commissioner Randy Ambrosie also addressed the crowd.

As for Doman, he will continue to be proud to carry on the legacy of the late David Braley and the foundation that was built by his legacy over the last quarter-century.

“I will invest in this team until the day I die, for sure,” said Doman.

And stay tuned: more announcements are coming for the season kick off and expanded street party on Robson Street.