Brauns Ventures From Latvia To Hills Of Kamloops 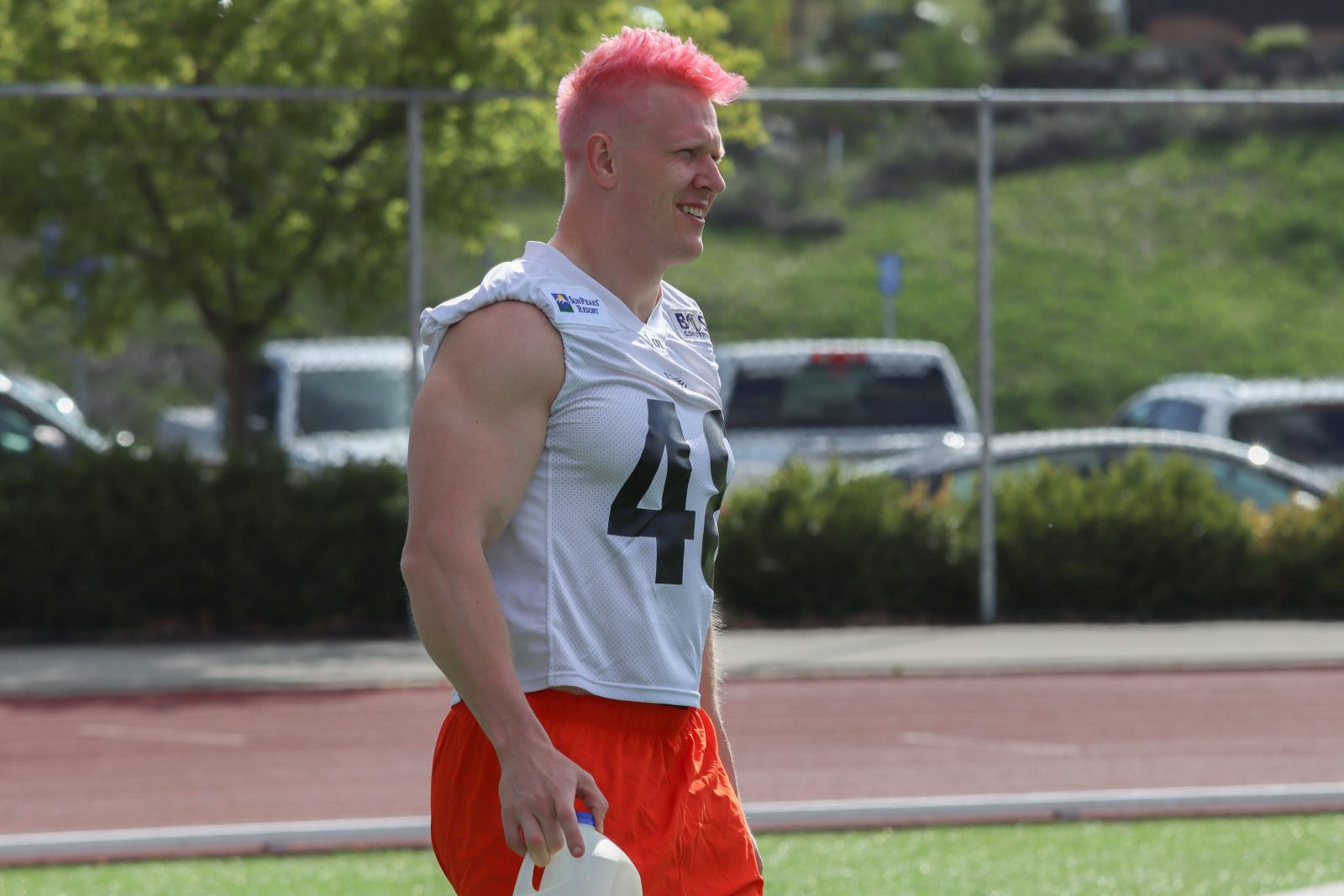 Brauns Ventures From Latvia To Hills Of Kamloops

It all started with a Facebook ad for a local contact football team in Latvia looking for new players. And now Karlis Brauns is a professional football player for the BC Lions.

Brauns was selected third overall in the 2022 CFL Global Draft last Tuesday. After travelling across the pond, the six-foot-four, 270-pound defensive lineman has now settled into his dorm room at Thompson Rivers University, ready to represent his home Riga, Latvia.

“I always had this idea of me liking football. But it’s not really around where I come from in Riga. There’s barely one team, barely somehow holding on. I just remembered going to a couple of practices and I just fell in love with it,” Brauns recalled.

He knew staying at home wasn’t going to help him develop into a better player. Brauns then began to explore options like in Germany, the American football hub in Europe, where the first trace of NFL Europe was seen in the 1990s.

“I wasn’t going to get anywhere and any coaching that I wanted. The next step was Serbia, I went because one of our coaches went there. I had a connection there and played for free. The same year, I also went to Finland to play in the second division and won a championship there.”

Brauns has played in several countries such as Serbia, Finland, Germany and most recently played for the Wroclaw Panthers based in Poland, before finally being able to perform in front of NFL teams and earning a trip to College Gridiron Showcase in Fort Worth, Texas.

“I’ve been trying to get out of Europe for a few years. Because I’m kind of doing the same thing and getting the same results. I made a plan that I needed to go train in the states. I had to borrow a lot of money to do so,” Brauns said. 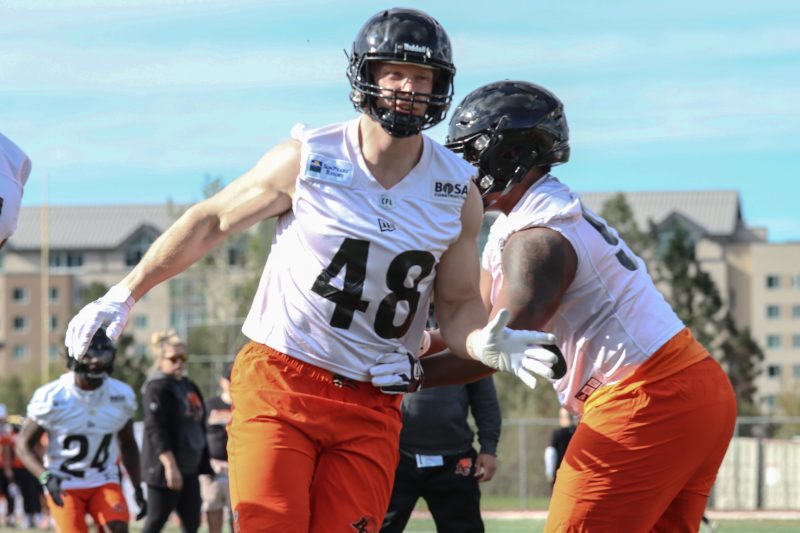 “I bet on myself this offseason, and looks like if I was the third overall pick in the Global Draft, I think it paid off so we’ll see how it goes.”

With tackle football being a niche sport in Latvia, Brauns looked back on his school days when he describes himself as a lanky kid who was into different sports. But that all changed when he was introduced to football.

“I wasn’t big. I was tall but I was below 225-pounds. I did some rowing in high school. Before that, I played soccer, and some ice hockey, nothing serious. But with football, I told myself, ‘Okay, I like being a defensive line, what can I do to get stronger and faster?’”

Brauns then shaped himself into a similar physical form to three-time NFL Defensive Player of the Year, J.J. Watt.

“He was making these insane plays and having great seasons. I would look at how he uses his power and moves to get to the quarterback. But with the defensive line, there’s not just one player. Every great player has different techniques so I just try to learn something from them,” Brauns said.

The passionate defensive lineman was willing to work every penny to bump shoulders in the gridiron. He has worked in multiple jobs and industries where he could earn enough income to pursue football.

From working in security, in the cabin crew for a small airline, as a real estate consultant, in human resources and dabbling in freelance web graphic design, Brauns said these jobs were only to fill the gaps that I needed to fuel his passion.

“It was all about talking to people and making connections. That was always easy for me. The designing part is kind of my other passion. That was probably the second most fun thing I’ve done over the last few years,” he added.

When Brauns was willing to all in on playing professional football, the people he closely associates with already knew he was quite stubborn. Now the NFL international program and CFL global vision are beginning to grow, the slim door crease is enough for players like Brauns to challenge themselves. 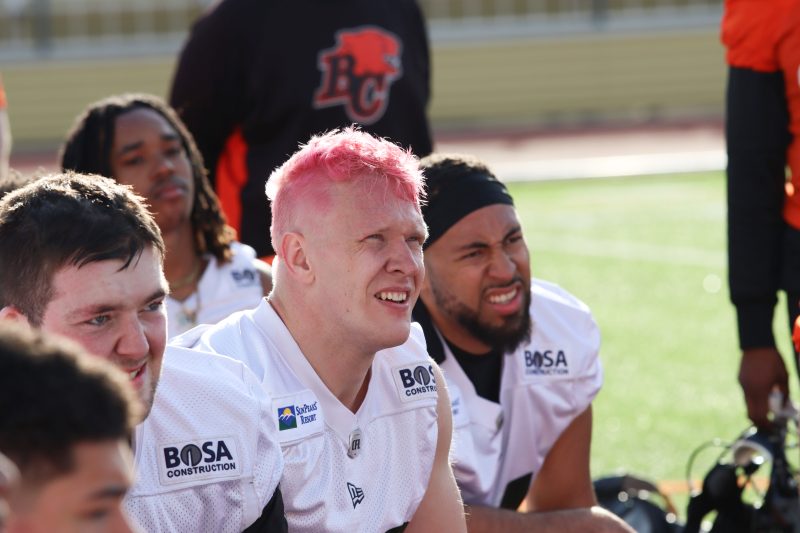 “I never heard any strict feedback, but I would assume everyone thinks it’s very weird and crazy. At the time there was no CFL and NFL international, everyone else was like, ‘Okay man, good luck with that.’ But now there’s a few guys although it’s still not a well-trodden path,” he said.

This is a dream becomes reality moment for Brauns, as he first took the field with fellow rookies on Wednesday, May 11. He’s surrounded by players with the same mindset as him — 100 percent football.