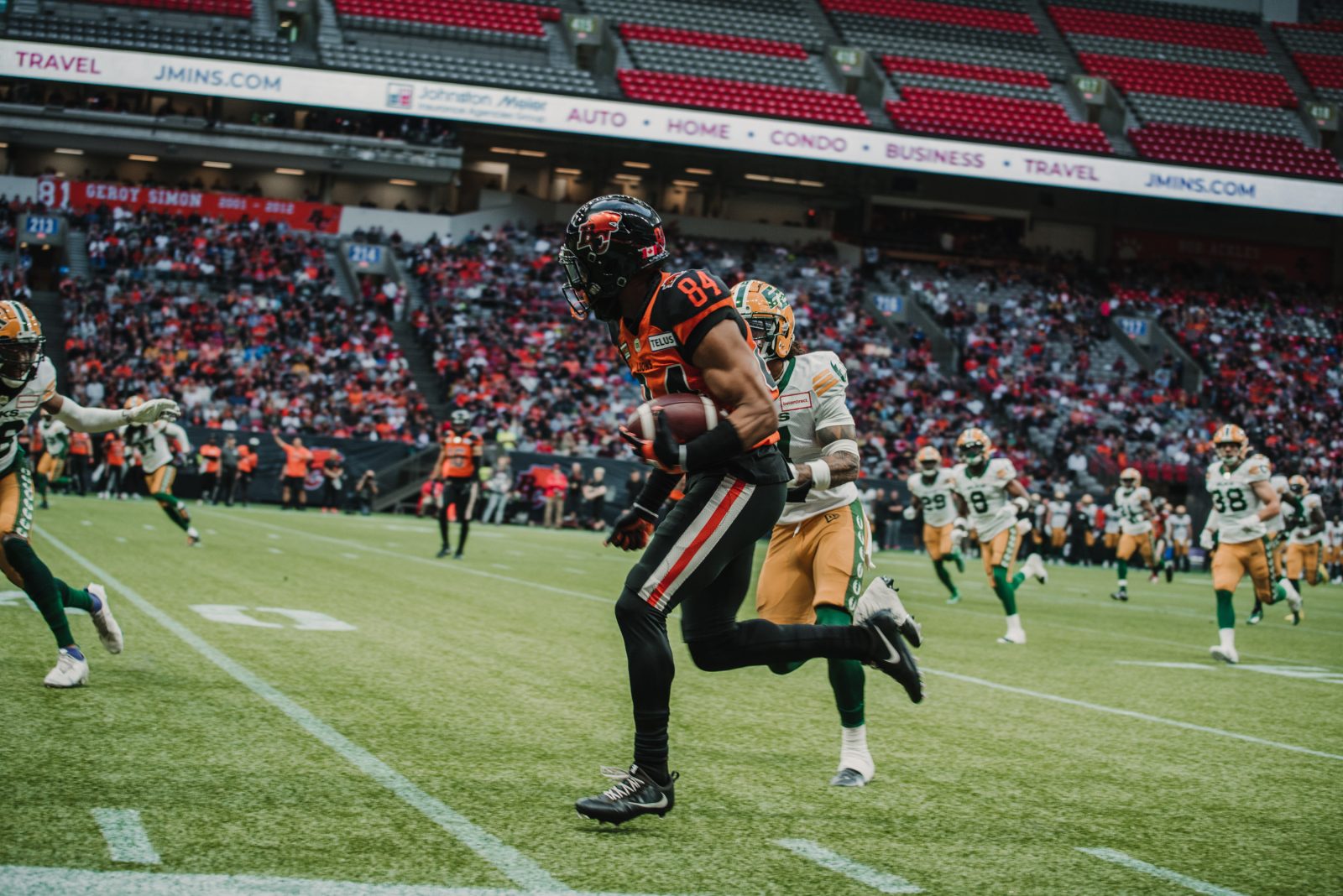 The BC Lions announced today that American wide receiver Keon Hatcher has signed a contract extension through the 2023 season.

Hatcher, 27, began his 2022 season on a solid note, recording four receptions including a six-yard touchdown pass from Nathan Rourke in the 59-15 win over Edmonton on Saturday night.

The Tulsa, Oklahoma native debuted with the Lions in 2021 following a strong training camp showing in Kamloops. After scoring a touchdown on his first CFL reception in a week four victory over the Ottawa REDBLACKS, the sure-handed Hatcher would finish with 17 receptions for 214 yards and two majors in seven appearances in his first CFL season.

Prior to moving north, Hatcher had NFL practice roster stints with the Green Bay Packers, New York Jets, Detroit Lions and Oakland Raiders. He was on the active roster for Oakland in a week one contest against the Los Angeles Rams in 2018.

Hatcher enjoyed a solid four seasons at the University of Arkansas (2013-16), recording 127 catches for 1,845 yards and 18 touchdowns while contributing on the ground with 21 carries for 264 yards and one major over 37 total appearances.