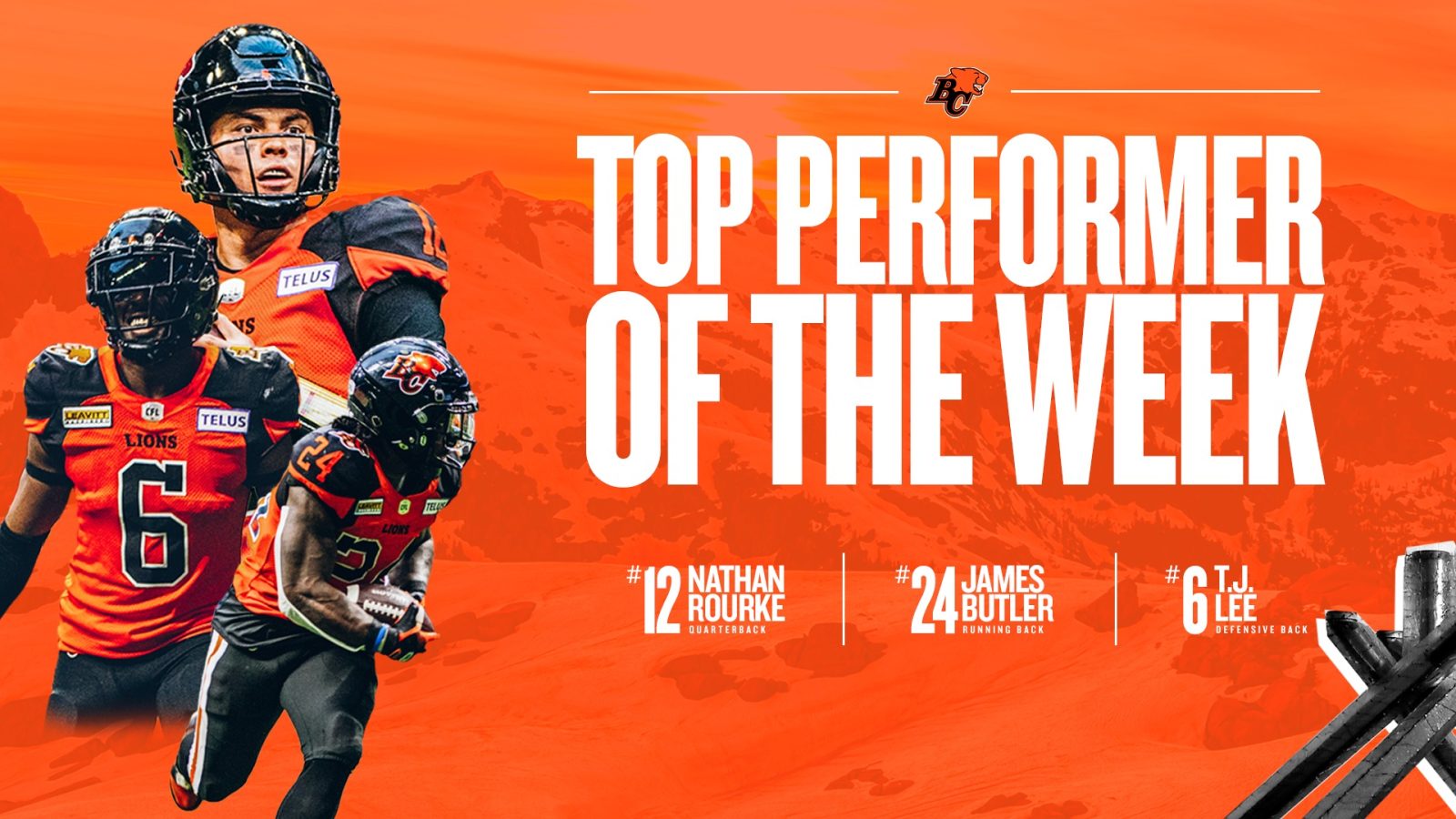 It was a clean Lions sweep in the CFL Top Performers of the Week as Nathan Rourke, James Butler and TJ Lee were each honoured for their stellar performances in a 59-15 thumping of the Edmonton Elks on Saturday night.

Rourke– the newly-minted Lions starting quarterback came firing out of the gates, engineering an 11-play touchdown drive to start and completing his first eight passes before finishing 26/29 for 282 yards and three touchdown strikes.

Rourke’s 89.7 completion percentage set a new CFL record for Canadian quarterbacks while he also became the only Canadian other than Russ Jackson to engineer five touchdowns in one game.

The Victoria-born pivot also was stellar on the ground with seven carries for 78 yards and two majors, including a 17-yard scamper that put the home side ahead 49-15 late in the third quarter.

Butler- what more can be said about the versatile back’s four-touchdown performance? In addition to tying a single-game franchise record last set by Geroy Simon in 2004, Butler racked up 141 yards from scrimmage (108 rushing, 33 receiving) while scoring all of his majors before halftime.

Butler also averaged 6.6 yards per carry while his 36-yard touchdown run in the second quarter proved to the Lions’ longest play on the ground. He also caught six passes on six targets.

Lee– picked up right where he left off at the end of 2021 with two first-half interceptions and would finish the contest with three defensive tackles.

Lee’s first takeaway helped tee up Butler’s 36-yard major while his second interception late in the opening half paved the way for a Rourke touchdown strike to Keon Hatcher to cap off a dominant opening 30 minutes. It was the third multi-interception game of Lee’s career.