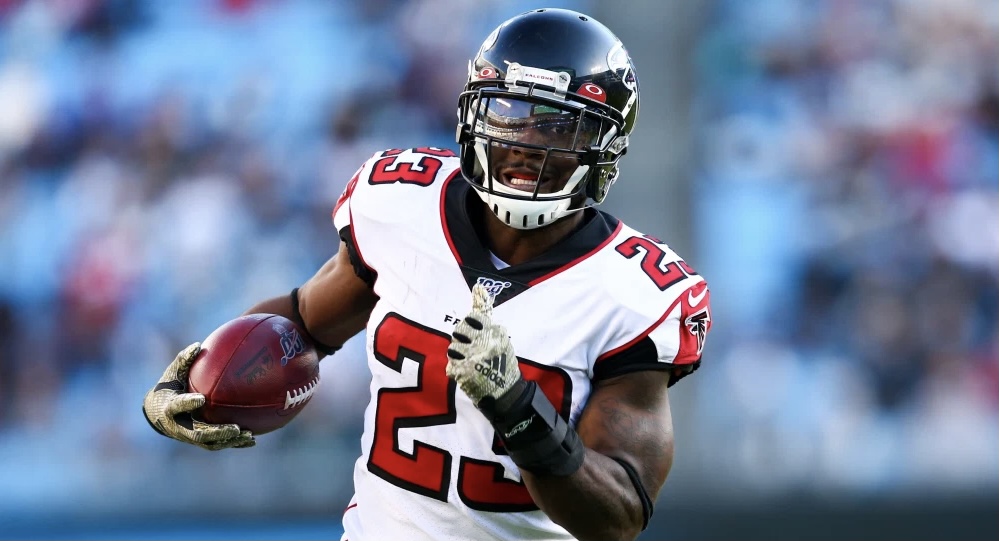 The BC Lions announced today that American running back Brian Hill has signed with the team.

Hill, 26, moves north following five NFL seasons spent mostly with the Atlanta Falcons who selected him in round five (156th overall) of the 2017 Draft.

Hill’s most productive season with the Falcons came in 2020 when he recorded 456 yards and a touchdown on 100 total carries. In between stints with Atlanta, Hill suited up in six contests with the Cincinnati Bengals in 2017, rushing for 37 yards on 11 carries.

He was most recently a member of the San Francisco 49ers in 2021 and was on the active roster for three games.

Prior to turning pro, Hill attended the University of Wyoming from 2014-16 and became the school’s all-time leading rusher with 4,287 yards while scoring 37 touchdowns on the ground.

The versatile back also hauled in 41 receptions for 403 yards. Hill was teammates with Buffalo Bills quarterback Josh Allen for his final two years with the program.