Paul McCallum And Dave Ritchie Get Call To Hall 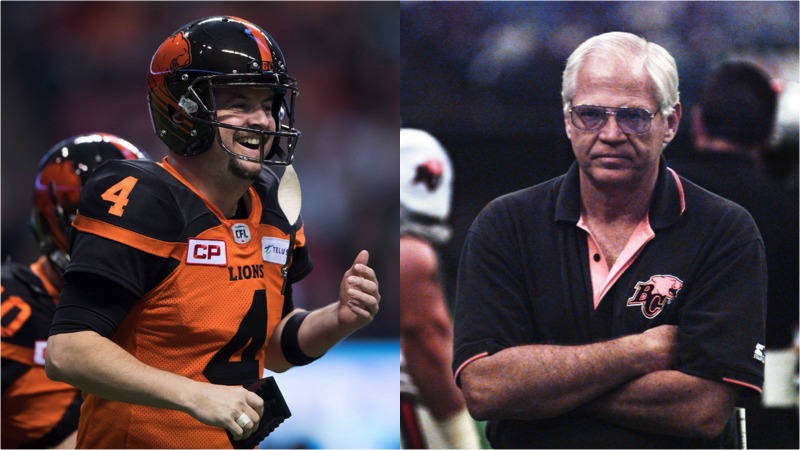 Paul McCallum And Dave Ritchie Get Call To Hall

(Vancouver)- The BC Lions are honoured to congratulate kicker Paul McCallum and head coach Dave Ritchie on being announced as 2022 Canadian Football Hall of Fame inductees.

All members of the 2022 Canadian Football League Hall of Fame Class announced Tuesday will be inducted as part of a September 16th ceremony in Hamilton, Ontario.

Following a successful junior run with the Surrey Rams and brief foray into pro soccer in the United Kingdom, McCallum’s illustrious 23-year CFL career began with the Lions in 1993 before stints with the Ottawa Roughriders and Hamilton Tiger-Cats.

It was with the Saskatchewan Roughriders from 1995-2005 where the Surrey native established himself as one of the league’s top specialists. His accolades with the green and white included kicking the longest field goal in CFL history of 63 yards in October of 2001.

McCallum made an immediate impact in his longest stint in orange, tying a Grey Cup record with six successful field goals in six attempts as the Lions won their fifth championship with a 25–14 victory over Montreal. McCallum was named Most Valuable Canadian of that 94th Grey Cup.

In the next championship season of 2011, McCallum set a new CFL record with 30 consecutive field goals made, beating Dave Ridgway’s old mark of 28, and made three field goals in the 34-23 win over Winnipeg at BC Place in the 99th Grey Cup.

After 11 seasons as a CFL assistant which included a Grey Cup victory with Winnipeg in 1990, Ritchie was named the Lions’ 18th head coach prior to 1993, inheriting a squad that had finished 3-15 the season before and would immediately bring respectability back to the franchise.

After leading the squad back to the playoffs in his first year on the sidelines, Ritchie’s 1994 Lions finished 11-6-1, the club’s highest regular season winning percentage since 1986, and would engineer one of the greatest upset stories in CFL history with road wins over Edmonton and Calgary to set up an unforgettable upset against Baltimore in the 82nd Grey Cup at BC Place. Ritchie’s 31 regular season victories are sixth on the Lions’ all-time coaching list.

Following head coaching stints with the Montreal Alouettes (1996-98) and Winnipeg Blue Bombers (1999-2004) with whom he led to an appearance in the 89th Grey Cup in 2001, Ritchie returned to the west coast as Wally Buono’s defensive coordinator from 2005-07, where his 2006 Grey Cup championship defence boasted five CFL All-Stars and two league award winners in Most Outstanding Canadian Brent Johnson and Most Outstanding Rookie Aaron Hunt.

The CFL’s 2022 Hall of Fame Class also includes two others with direct ties to the BC Lions. Builder Roy Shivers began his first stint with the Leos as an assistant on Don Matthews’ coaching staff from 1983-85, winning a Grey Cup with the squad in his third season before moving up to director of player personnel from 1986-89.

After moving on to the Calgary Stampeders in the same position over two stints and serving as general manager as the Birmingham Barracudas in 1995 and Saskatchewan Roughriders from 2000-06, Shivers returned to the Lions as director of player personnel in 2008. Working closely with Wally Buono, he was instrumental in landing several key American free agents who went on to great careers in the den.

In the media wing, Ed Willes gets the call after a brilliant 38-year career newspaper career that was highlighted by a run at the Vancouver Province from 1998-2020. Along with serving as the Lions’ beat writer, the newspaper’s lead columnist and covering several Grey Cups, Willes also authored End Zones And Border Wars: The Era of American Expansion in the CFL.