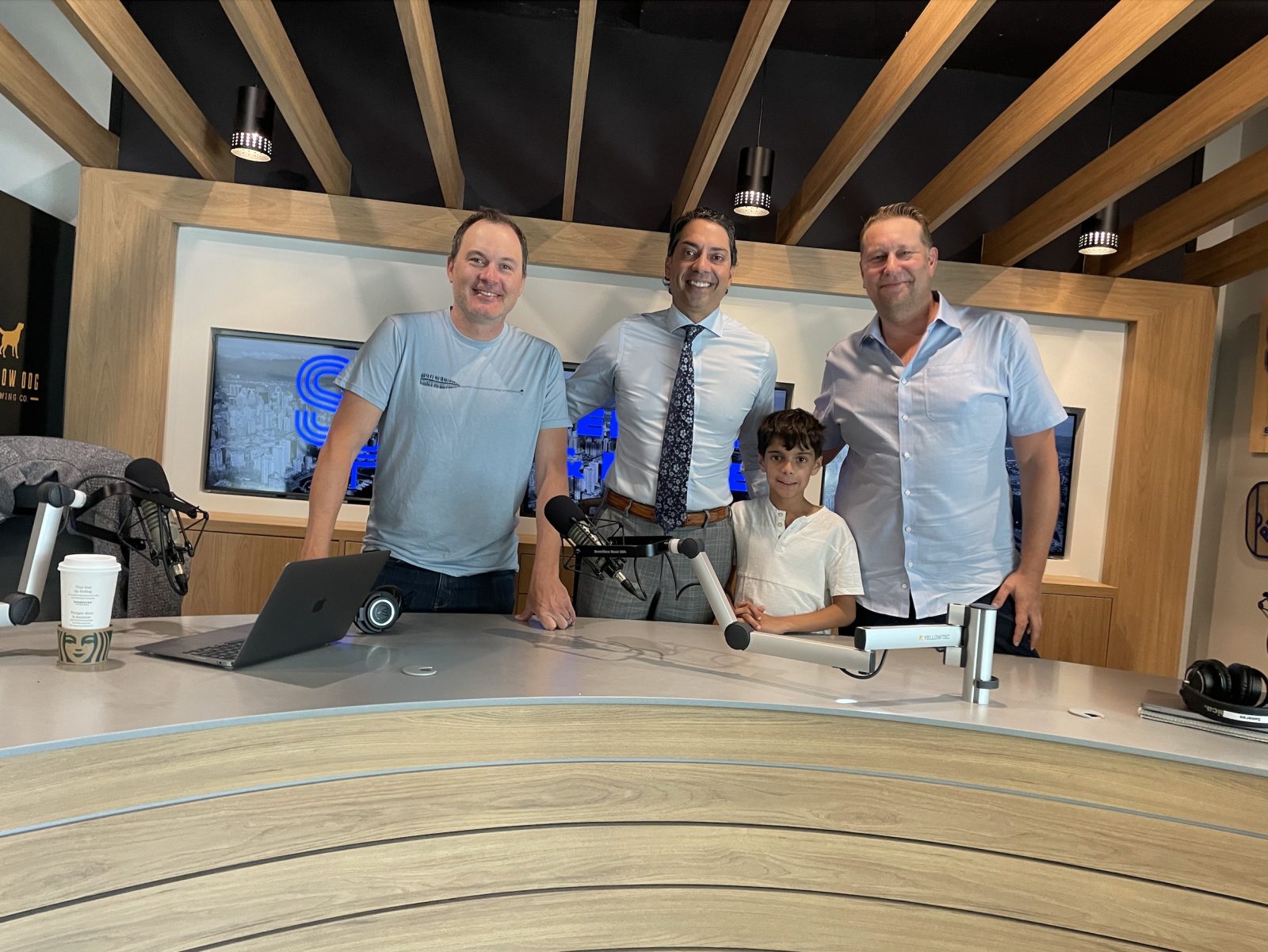 They say time flies when you’re having fun. And in the case of Amar Doman, it has been a very quick first 11 months as the owner of the BC Lions. Just under two weeks shy of the one-year anniversary of his official introduction, Doman was a guest on Sekeres and Price as part of the popular Presidents Week series.

The summer tradition was first launched in 2012 at TEAM/TSN 1040 radio and is designed as a ‘state of the union of sorts for all of the local pro teams. Doman’s interview is now available. We will recap some of the best excerpts in this piece, starting with Doman reflecting on the one-year mark drawing closer.

“Also, the fan base has been connecting and re-engaging around some good parties down there. The vibe is different. So, I’ve got to say, it’s come a long way in 12 months.”

And that gives us the perfect time to remind all of you that our Backyard Block Party returns to the corner of Beatty and Robson Streets this Saturday prior to our game against the Edmonton Elks. Fans 19 and over will enjoy a musical performance from Famous Players Band while those on the plaza can take advantage of great food specials as well as beers and margaritas for only $5! It’s certainly a tribute to Doman’s great vision for making all Lions home games an event outside the three hours in the stadium. 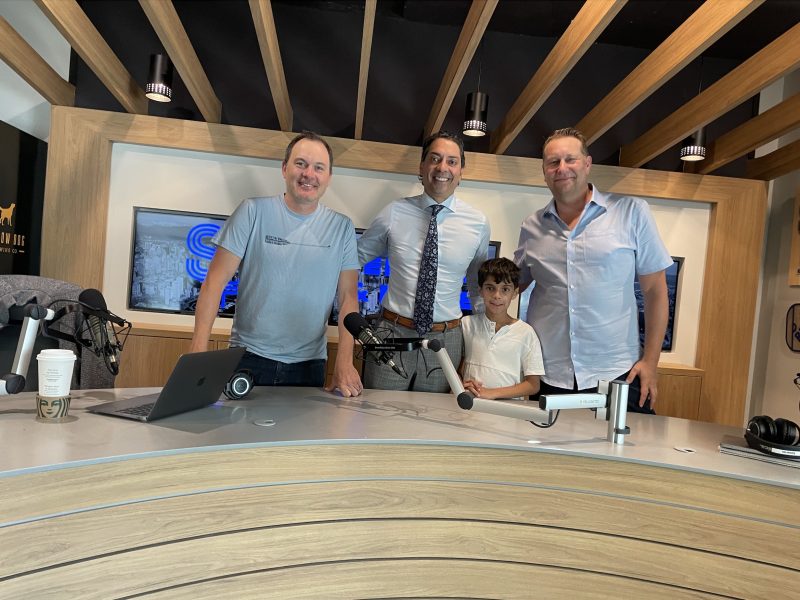 Before he purchased the team, Doman no doubt knew of all the challenges this market presents with getting fans in the seats. While the single-game attendance has dropped from the 34,000 and change that attended the unforgettable season opener, Doman remains optimistic about the buzz that has been created with his team sitting at 5-1.

“We’re happy with what’s going on. We’re also happy with the buzz that’s in the city. I’ve worked our business networks pretty hard, and they’ve all showed up for me, for the team and for BC. So, I really like what’s happening. The fans were trying to make things very economical. The $5, beer thing is a huge hit, $5 margaritas, all of that. We’re throwing screen parties. The next whole team will have one on August 6th, which we’re very excited about. We’re going to close Robson and Beatty. It’s going to be a blast.”

As Doman remains a hardcore fan himself, he also hears the concerns surrounding weeknights and the lack of afternoon start times. The squad played its only 4:00 pm home start back on July 9th and will finish with a combination of 7:00 and 7:30 kickoff times. A necessary evil in many ways.

“What I’d like to see is, you know, if it’s more possible, is working with TSN, our great partner, on more four o’clock games,” Doman explained.

“And frankly, here’s why: look, we have one this year. Let us get after this. You know, whether it’s a family day thing, whether it’s a businessperson’s evening here in Vancouver, we need a few more shots to get that Thursday attendance up.”

Doman’s perfect world would involve the Family Day games staying at 4 PM on Saturdays with additional opportunities for earlier games during the week to attract the business and after-work crowd. We like that idea and it will be interesting to see if any developments can be made in the coming years. Summer in Vancouver can be pretty awesome. Imagine if you can enjoy both a Lions game and an evening outside on the same weeknight.

“For a Thursday night game, we could do stuff with the business community, really drum it up and rally it up differently. It’s just really hard with the schedule to get a four ‘clock because the TV attendance is naturally lower. People don’t seem to watch a four o’clock game as much on a Thursday.”

As we all know, when the victories pile up no one will really complain about what night of the week it went down. 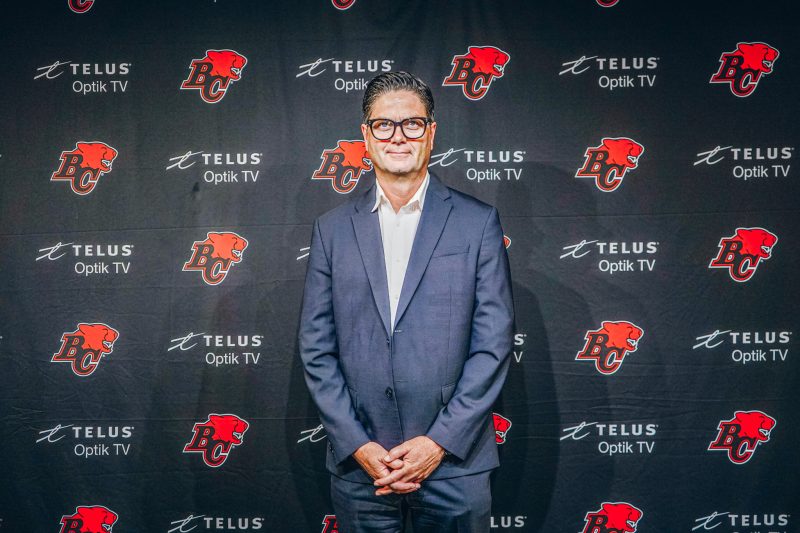 Transition At The Top

As of this week, incoming team president Duane Vienneau (pictured above) is in Lions headquarters beginning his official transition to the job once Rick LeLacheur retires at the end of 2022.

Landing a CFL executive of Vienneau’s stature was no doubt a major coup for Doman as the incoming president has played a big role in organizing past Grey Cups along with the highly-successful Touchdown Atlantic game in Nova Scotia between Toronto and Saskatchewan that took place last month. Doman says the franchise keys will remain in good hands after LeLacheur’s time with the franchise was longer than expected.

“We can’t say enough about Rick and how good he has been to us as new owners and through the process of the sale,” explained Doman.

“These things are complicated and it was excellent that he extended his tenure. He was going to come out just to help David (Braley) for two years and he’s in year four. He’s got ten grandchildren back in Edmonton and I think he’s ready to head back. This guy works as hard as a 20-year-old.”

Doman went on to say his previous experience getting to know Vienneau will make said transition easier to go through.

“Duane is excellent, I’ve had some experience with him now, being on the Board of Governors with the CFL and in the meetings,” said Doman.

“His resume is excellent. He’s a very personable guy, he’s about marketing, about sales; obviously loves CFL football and he’s ready for this challenge. He’s in his 50s, and he and his wife are very excited about moving to Vancouver, which they will be permanently and buying a place. They’re coming here to stay. We’re looking forward to working with him for a number of years.”

Be sure to download the entire Presidents Week interview above to hear some more great topics including Doman’s long-term vision for both BC Place and the Surrey practice facility, his thoughts on experimenting with new rules and his very unique and cool friendship with Dallas Cowboys owner Jerry Jones.