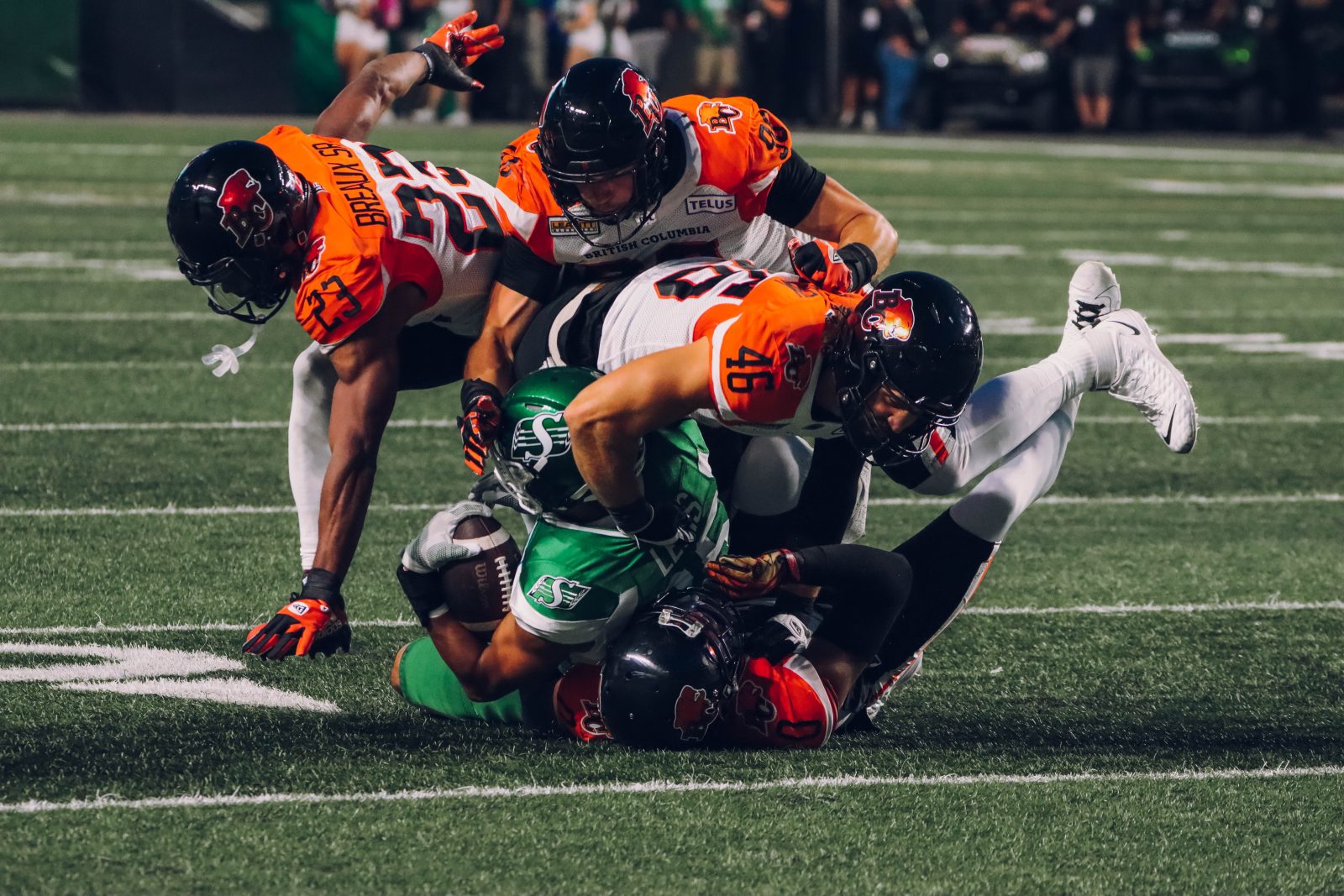 Despite Nathan Rourke’s injury, the team remains confident in their ability to keep piling up the wins. While Rourke himself is optimistic about his return, the rest of the team is highly motivated to keep the win streak going.

Although the high-scoring offence has been the top storyline for the Lions in 2022, leading the league now with 35.4 points scored per game and only allowing 10 sacks so far this season, the Lions’ defence is also on top of their game.

Last week, the all-around effort from the defence kept the Saskatchewan Roughriders scoreless in the second half. A few crucial plays from CFL Top Performer of the Week Obum Gwacham, linebacker Ben Hladik and defensive back Emmanuel Rugamba revealed the character and the depth of this Lions’ defence.

“I had no idea until coach Bowman mentioned it in the meeting,” said Gwacham on the weekly nod.

“Shout out to all the guys on the D-Line because we’re all pushing each other so things like this happen. I’m fortunate and blessed to be in the position to make those plays.”

Gwacham, the 6’5’’ defensive end finished the game with five defensive tackles, including two sacks and one forced fumble. It was a night for Gwacham to remember but he and fellow defensive linemen Josh Banks and Tim Bonner had to overcome the struggles of 2021 to be sitting at 8-1 with the team right now.

The trio clicked immediately at the beginning of last season. Because they’ve been on the losing side after finishing 5-9 in 2021, the group found a way to play with a purpose during each play.

“It’s really about finding ways to make more plays, finding ways to get our defence off the field. I think we can leave a fingerprint in each of those plays. Those were the things we talked about,” Gwacham said.

“Especially last season, we knew this has to be a better season. We just knew. We’ve come a long way. I’m not surprised that our record is so much better this season. Like any other athletes, we learn and make adjustments to what works for us.” 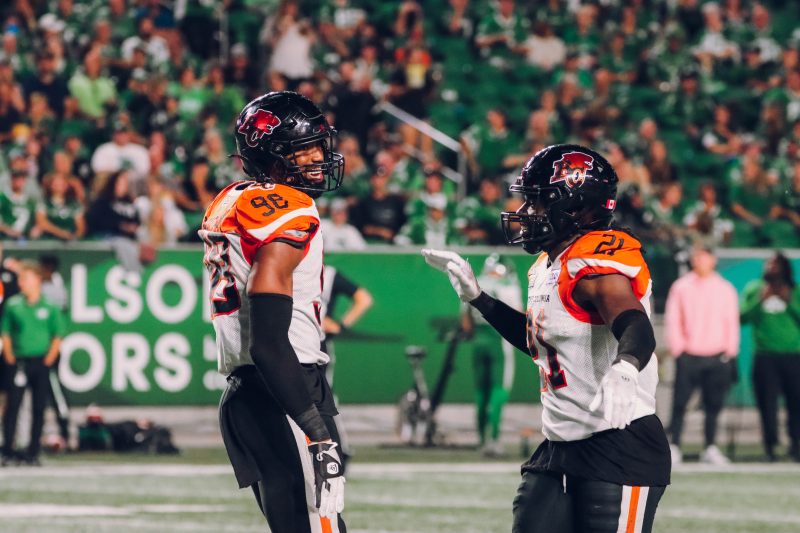 The defensive line has compiled 26 sacks so far this season and helped the entire defence to force 28 turnovers. With Gwacham’s lengthy body, he’s seeking to force another turnover and run it back to the house, like the touchdown he scored against the Toronto Argonauts last October.

“I’ve been waiting to get another one. Before each game, I would get coach to throw the ball to me as many times as possible because I know if I get my hands on the ball, it’s going to come and I would love another one,” Gwacham said.

Bo Lokombo returns to practice this week from an elbow injury that he suffered in week three and will suit up against the Riders on Friday. While Lokombo was away, second-year linebacker Ben Hladik didn’t slow the defence down. The Vernon native was ready for the spotlight.

“I think I’ve taken advantage of my opportunity and played pretty well. I’ve got a great team around me which makes it a lot easier to play well when you have great teammates and coaches,” Hladik said.

The former UBC Thunderbird captain was also teammate Michael O’Connor at UBC, who’ll start under centre for the Lions this Friday.

“He was my teammate at UBC for two years, I know what he’s capable of and he’s going to take control of the offence,” Hladik added.

Despite Lokombo’s absence in the last seven games, it allowed Hladik to gain more experience on the field and adjust to a faster pace game compare to university football. With 23 defensive tackles, and two special teams tackle, Hladik also recorded his first CFL  interception in week 9 against Edmonton and another interception last week in Regina that silenced the crowd in the fourth quarter.

“I was excited to help the team out. The interceptions and fumble recovery to let the offence get back on the field,” Hladik said.

“Everything is getting better from here. We expect to be the best defence every week, doesn’t matter who we are playing. We’ve had a couple of injuries, but everyone stepped in and played their role. We just have to keep going.” 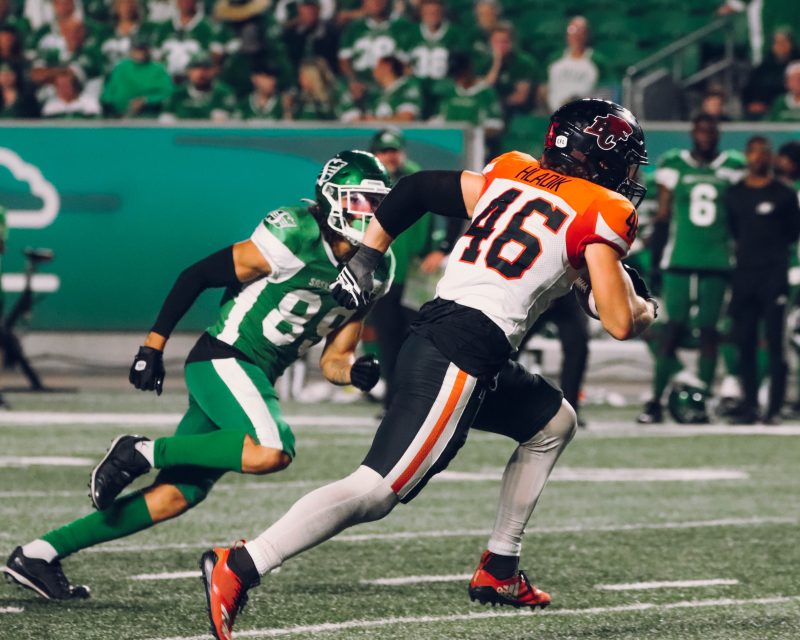 Another Lion who waited for his turn to shine is defensive back Emmanuel Rugamba. After a solid showing at training camp this May, Rugamba said he treated every practice like a game because he knew his time would come.

“I knew I was sitting for a reason and that my number will be called at some point. You look into the room, there are a lot of veteran players. Some of them had also been in the position that I was in,” Rugamba said.

“For a guy like T.J. Lee, I’m pretty sure he was on the practice squad for like seven or eight weeks (in his rookie season). It wasn’t new to my circumstances, it’s something that I had to overcome.”

Rugamba suited up for the Lions in the last two games against Calgary and Saskatchewan, he clutched up on several occasions with a few pass breakups and tackles for loss.

“Man, it just felt right. I’m continuously learning still. I get the same jitters every day when I come to practice. Every day I choose one aspect of the game that I want to get better at, something I can learn from somebody,” Rugamba added.

The Lions will aim to keep their five-game winning streak going before heading into their final bye week of the 2022 regular season next week. 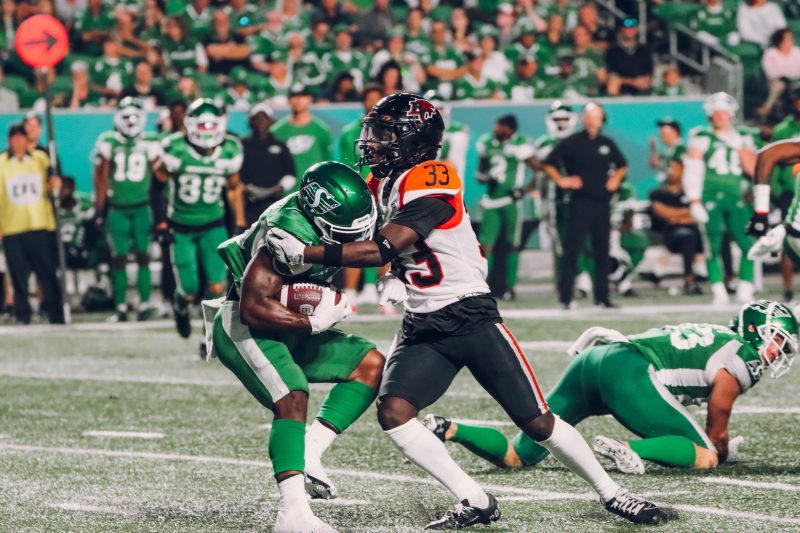