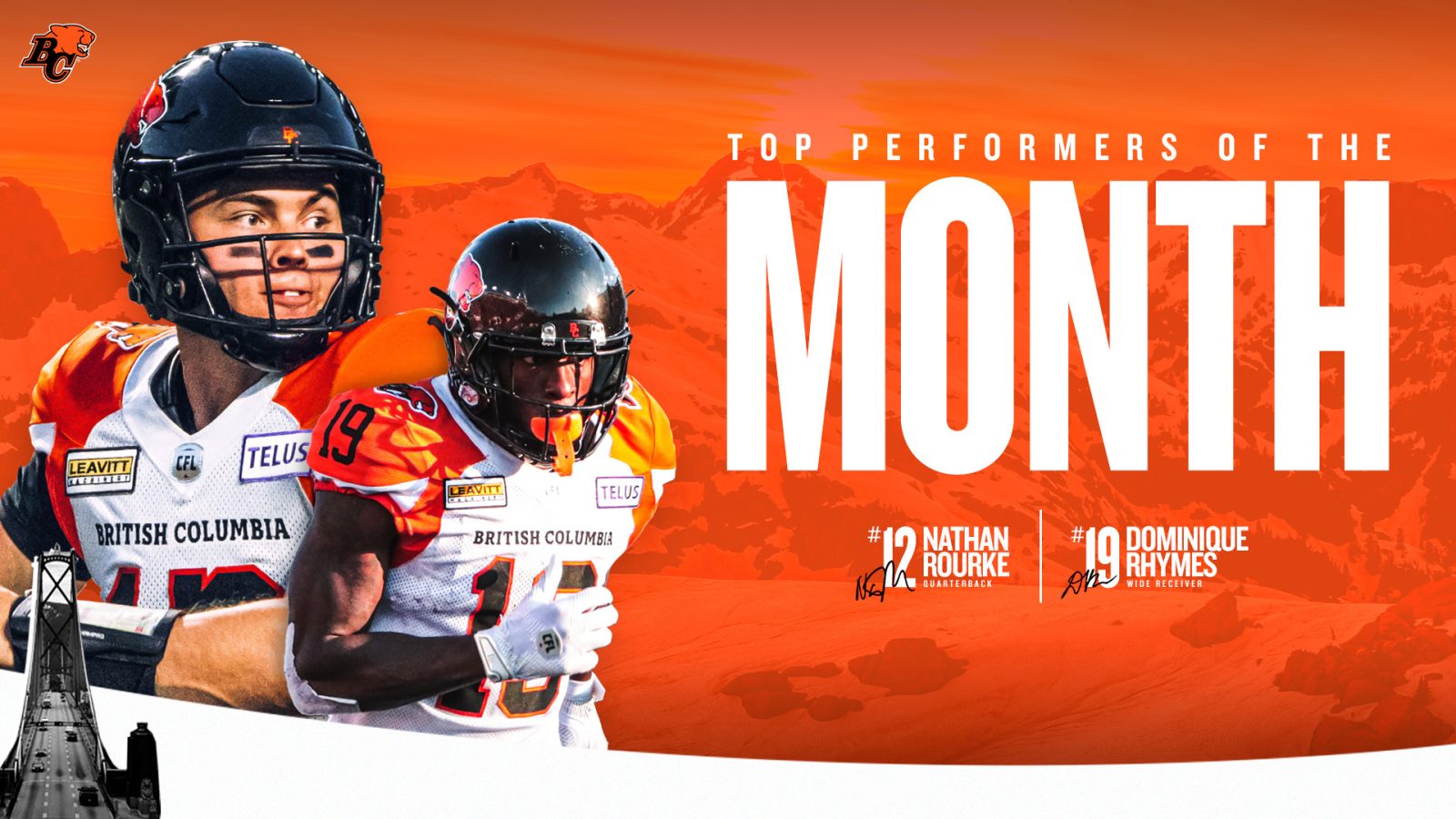 The Canadian Football League announced this morning that Nathan Rourke and Dominique Rhymes were honoured as Top Performers for the month of August. The dynamic duo finished first and third, respectively, in voting.

Rourke was lights out this month, throwing for 1,340 yards and nine touchdowns while recording a completion percentage of 79.2 (95/120) in three contests. The 24-year-old pivot also broke his own single-game passing record for Canadians in consecutive weeks with 477 and 488 yards in the wins over Edmonton and Calgary in weeks nine and ten.

Rourke also chipped in on the ground, carrying the ball 12 times for 96 yards and three touchdowns with two of those majors coming in a remarkable 41-40 comeback against the Stampeders. Rourke continues to lead the CFL with 3,281 passing yards and 25 touchdown strikes.

Rhymes was lights out over the last four games, racking up 402 yards and four touchdowns on 36 total receptions. Rhymes’ three-touchdown performance against Edmonton on August 6th was his third multi-touchdown game of the season. He also hauled in all nine of his targets on that night. The Murray State product entered this week as the CFL’s leading receiver with 893 yards.