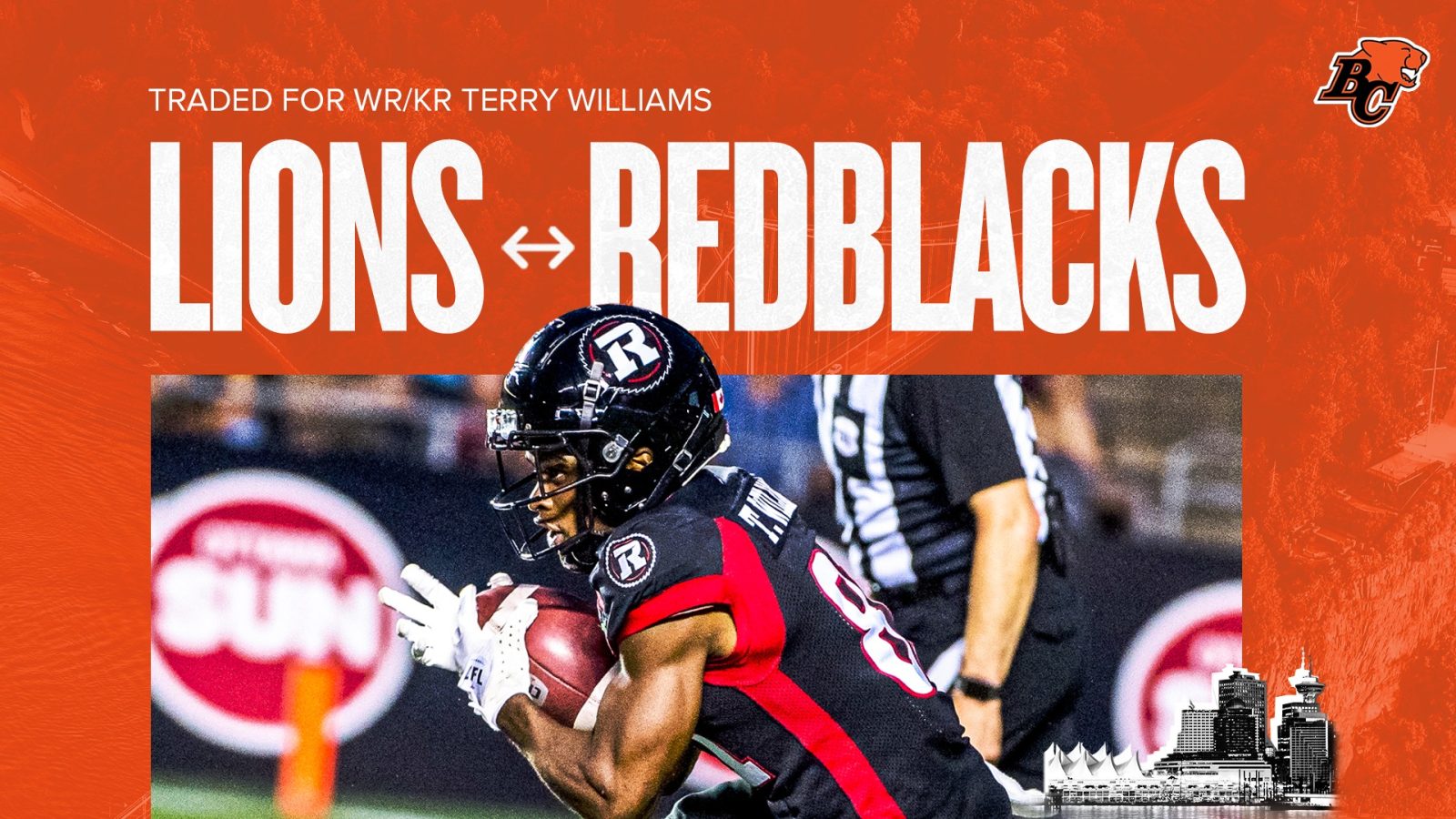 The BC Lions announced a big boost to the special teams this morning as we have acquired American wide receiver /kick returner Terry Williams in a trade with Ottawa.

In return, the REDBLACKS will receive our third-round selection in the 2023 CFL Draft and a conditional pick in 2024.

“We’re excited to add Terry to our lineup ahead of a big stretch to close out the regular season,” said co-GM/head coach Rick Campbell.

“He has shown to be a dynamic return specialist in this league and he is a welcome addition.”

The versatile Williams has also chipped in with 97 yards from scrimmage (71 receiving, 26 rushing). The native of Greenwood, Mississippi debuted with the REDBLACKS in 2021 and would return ten kickoffs for 169 yards and ten punts for 90 yards in two appearances.

Williams transferred from Itawamba Community College to Tennessee-Martin for his final two years of eligibility (2018-19).

In 23 games with the Skyhawks, Williams hauled in 125 receptions for 1,317 yards and six touchdowns and was also a force on special teams with 40 punt returns for 608 yards and two majors and 514 kickoff return yards on 27 attempts.

He was a HERO Sports All-American First-Team selection and STATS FCS All-American Second-Team Selection in his senior season.