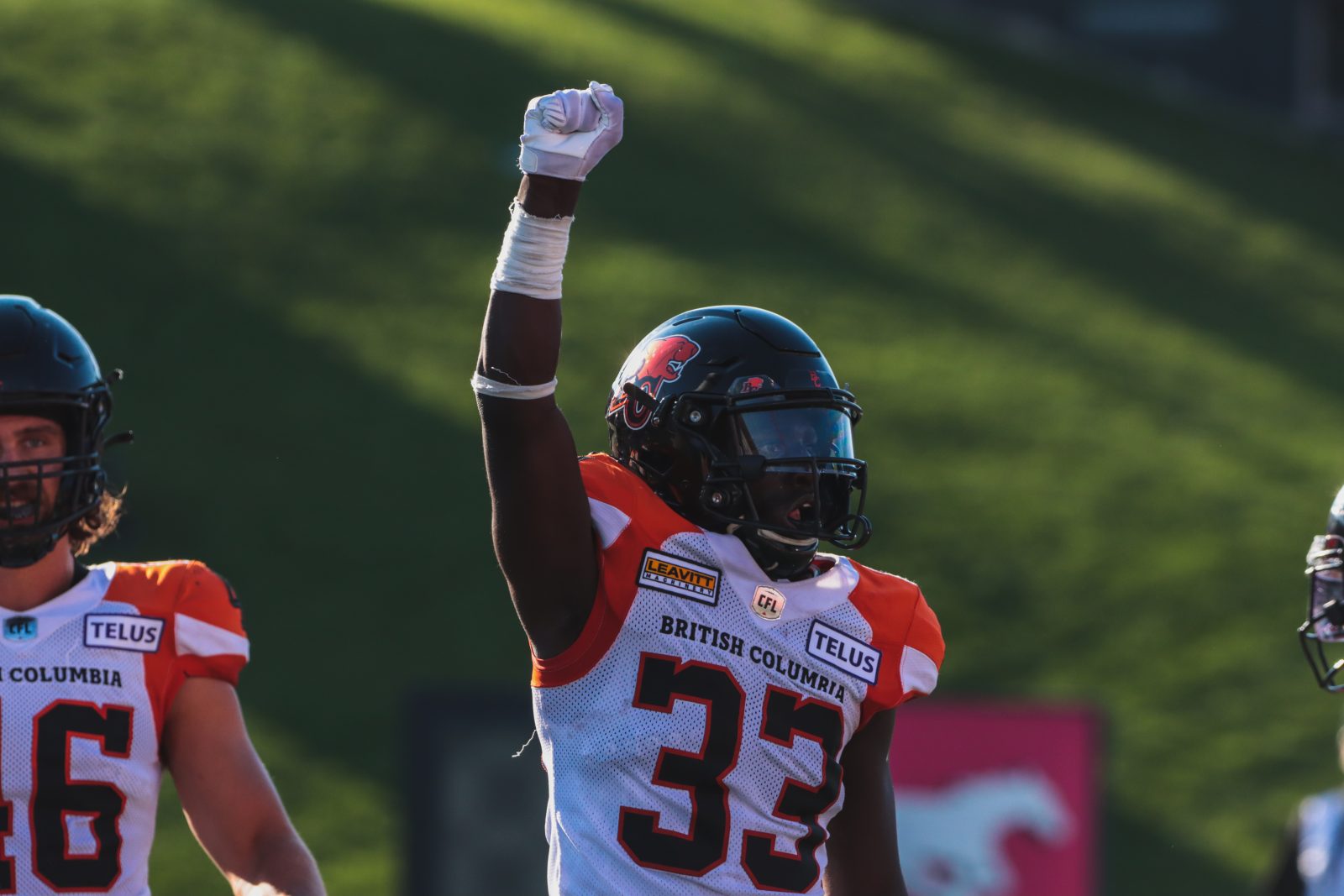 Often, football helps athletes through many challenging circumstances in their lives. For 24-year-old BC Lions defensive back Emmanuel Rugamba, football literally changed his life.  His path from a refugee camp in southern Africa, to playing in the big leagues in North America is the epitome of the phrase ‘anything is possible.’

Rugamba is the first football player from Rwanda to sign with an NFL team. Before joining the BC Lions in 2022, he signed with the Cleveland Browns last year as a non-drafted free agent and competed at the Browns’ training camp.

“It’s a big blessing. It’s something that I didn’t know I was pursuing. I just fell in love with the game. Since that’s happened, it’s been a priority of mine to try to bring more awareness to the game,” Rugamba said.

Manny Rugamba was born at a refugee camp in Zambia in 1998. Following the tribal conflicts that occurred from 1990-1994 in Rwanda, Rugamba’s mother, Daniella Esperance Umutanguha raised 10 children, some of whom were young relatives who had lost their parents to the war. She took them all in and cared for them as her own.

Rugamba and his family spent the first two years of his life at the refugee camp until they received visas to move to the U.S. From there, they lived in several states including New York, Virginia, and Illinois.

“My family migrated to Chicago. Before that, it was like the movies when we came to New York… like seeing the Statue of Liberty. We lived out there in a refugee program for a few months and continuously moved around after that,” Rugamba added.

Moving to the states did not ease up the hardships that his family had already endured. Rugamba recalled the time when his house got shot at, and the bullets missed his sister only by a few inches.

“It was when I was in the sixth grade. Nine, ten bullet holes in the house and my mom loses her mind. We had to move to a different city,” Rugamba recalled. 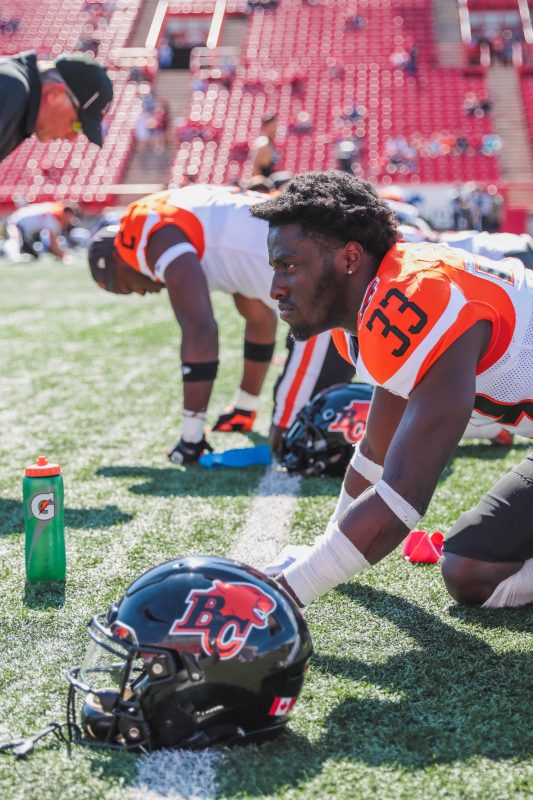 He describes his mother as an incredibly strong woman, who raised ten kids by herself while they were starting a new life in the U.S. Whatever challenge life threw at her, she conquered it all.

Rugamba said his mother kept the rest of the family intact with all her power. To avoid more trouble, she put Rugamba and his siblings in local community sports programs while she was working in assisted living and studying to be a nurse at the same time.

“All my brothers did basketball and the cut-off age is like ten years old so I couldn’t play basketball. I was crying all day. She drove around the whole rec centre and found a football thing. I started playing every year,” Rugamba recalled.

He didn’t realize he was capable of playing football as a career until his sophomore year of high school, when he received his first scholarship offer. With the help of his coach Tim Lavery, the college offers just kept piling up.

Rugamba vividly remembers what Lavery told him about his potential to play in college and beyond.

“If you keep playing like this, someone is going to pay for your college,” Rugamba recalled his coach saying.

“I didn’t even know you could have a scholarship until I got to my sophomore year, thanks to coach Lavery, rest in peace,” Rugamba added.

While growing up in the Chicago area was certainly tough, Rugamba had to be extra careful to avoid situations that would jeopardize his visa status.

“It was like you knew you were different from the other kids but at the same time, you want to fit in. Kids go out and do dumb stuff, it was different because any wrong move can result in deportation depending on how the judge feels,” he recalled. 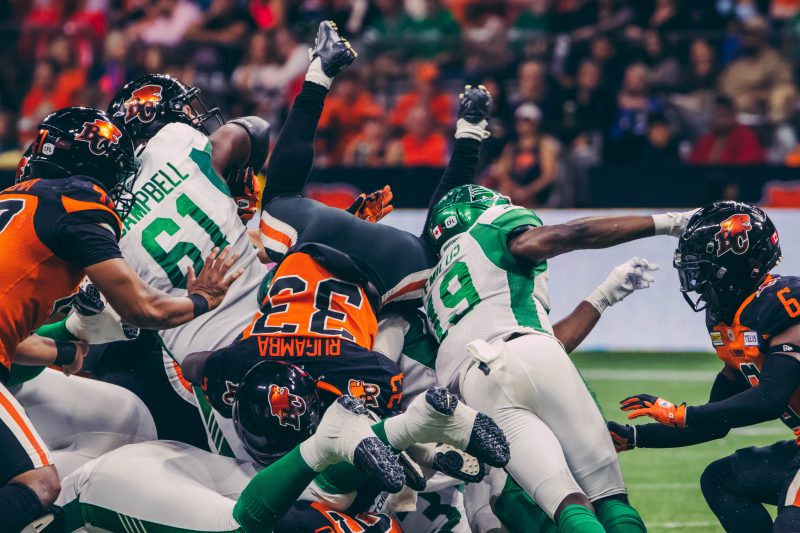 Rugamba and his siblings witnessed the countless sacrifices of their mother, working multiple jobs and providing for the entire household. Rugamba said he owes it to his mother to succeed. As he works hard to make a name for himself in the CFL as a pro-football player, one of his other siblings became a pharmacist while another graduated with a nursing degree.

“My mother was raising ten kids and paying the bills. She was around 25 at the time, she even sent money back to Rwanda. God bless her soul. We were able to put ourselves in a position to help her, we all understood that,” Rugamba said.

“I’m grateful, that’s why I’m always geeked up and always smiling. I’ve already won, you know what I’m saying? I was born in a refugee camp, and three months premature. Then our house got shot up. At this point, how hard can football be?”

As far as football opportunities, he capitalized on the multiple offers he received. Rugamba went on to play two seasons at the University of Iowa, racking up 55 total tackles and two interceptions in 22 appearances. He spent his final two eligibility years at Miami University, Ohio and continued to be a stout playmaker in the secondary before moving onto professional football.

Following his release by the Cleveland Browns, Rugamba was still driven to make the most out of his football opportunities. The rookie arrived north at the Lions training camp this May and showed off his play-making ability. He’ll always be grateful for this opportunity in the CFL.

“I know I’ll be giving back in some way. Football has done so much for me and what I’ve been able to do for my family. I’d love to go back to Rwanda and do something with football there, that’d be good. But I really want to play this game for another 10 to 15 years. If my body lets me, I’m going to do it,” he said.

Rugamba heard his name called up during Week 10 of the 2022 CFL season. Since then, he recorded his first career interception in Friday’s loss to Montreal, racked up 15 total tackles, (12 defence, three special teams), four pass knockdowns, and one sack in four games. He’s been riding the ship with the rest of the defence, learning from his fellow veterans and elevating his game each day. He’ll continue to make his mother and country proud.