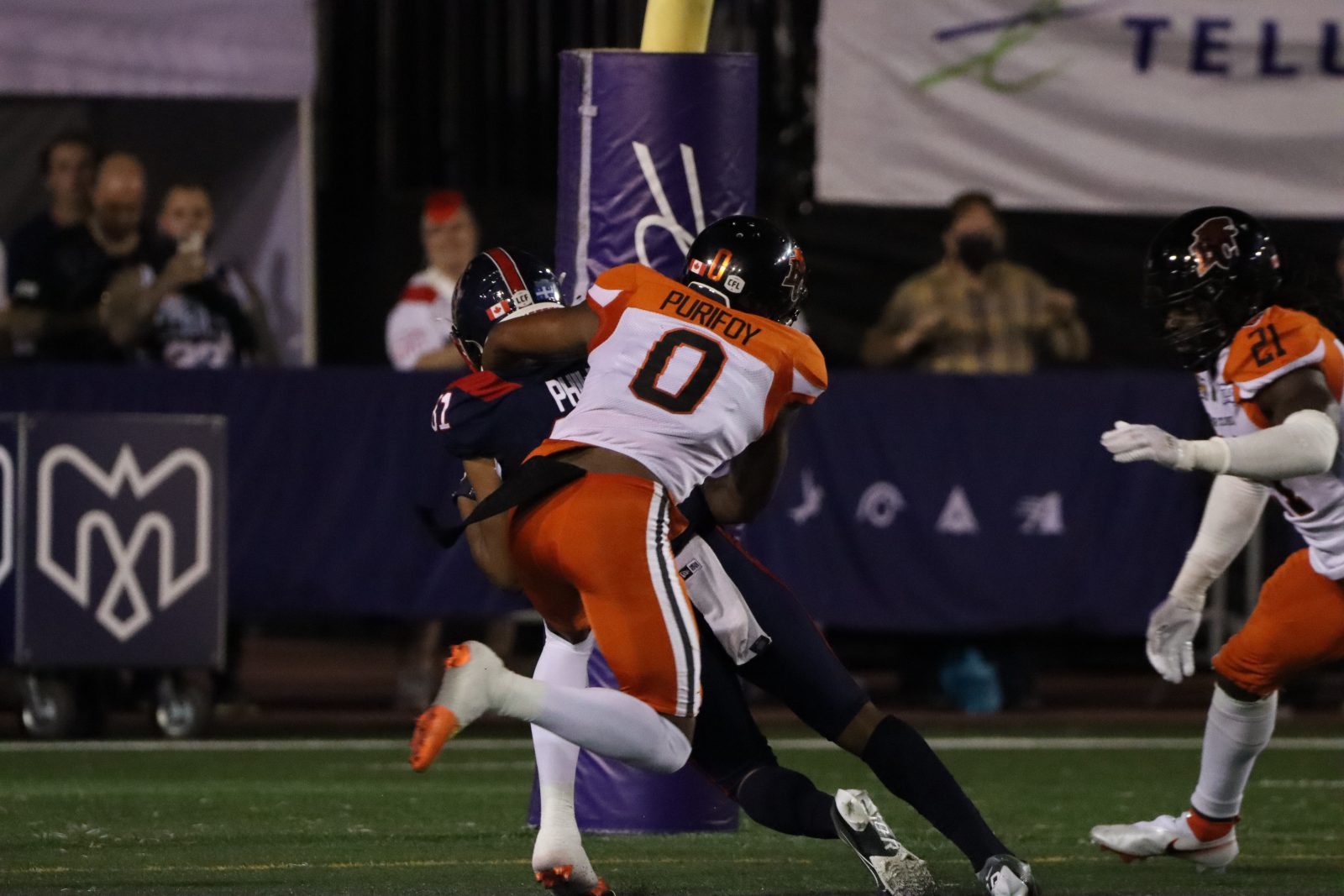 They were victimized by a couple of execution lapses in a lacklustre first half, then by a couple of costly turnovers to evade what looked like a valiant comeback effort. The end result was a 31-10 loss in Montreal that dropped the BC Lions to 8-3 on the season. Now for some game takes from Matt Baker.

It just wasn’t their night and that was evident throughout various stretches. Out of the gates, starting QB Antonio Pipkin engineered a nine-play drive that resulted in career field goal number 400 for Sean Whyte. After the 3-0 lead, things got a little crazy. On the next series, Pipkin was sacked in the end zone for a safety and then following a Garry Peters interception, Stefan Flintoft’s bad punt set Trever Harris and company up inside the Lions’ 30. Dominique Davis would soon score on a two-yard run to give them a lead they would never relinquish.

The Alouettes would add two majors in the second quarter courtesy of a fumble by Keon Hatcher and then would take advantage of a botched fake punt attempt that once again set them up with great field position. Pipkin played the entire game, save for a couple of drives in the second quarter where Vernon Adams Jr. went in. Pipkin finished the night 13/24 for 124 yards, a touchdown run and an interception return that helped seal their fate in the final quarter.

“Not good enough,” said an emotional Pipkin after the loss.

“We kind of just shot ourselves in the foot, played behind the chains a couple of times and got two and outs. We’ve been better than that all year and just need to find a way to get better and get back on track to how we have been playing.”

Adams Jr.’s lone completion of the night was the ball that was fumbled away by Hatcher. It went for 17 yards and would have set them up near mid-field trailing by eight. Instead, it was a 21-3 halftime deficit that was too much to overcome.

“I thought our football team wasn’t good enough as a whole, in the first half,” said head coach Rick Campbell.

“So that complicates the quarterback situation. When we come out in the third quarter and we play with energy and edge, and everybody is playing together then you can see there are glimpses that we do good things. But less than that ain’t going to get it done.”

Campbell acknowledged the fact his quarterbacks weren’t put in a good spot most of the game and that was a huge factor in the result. He was non-committal when asked about who his starter would be next week in Calgary. 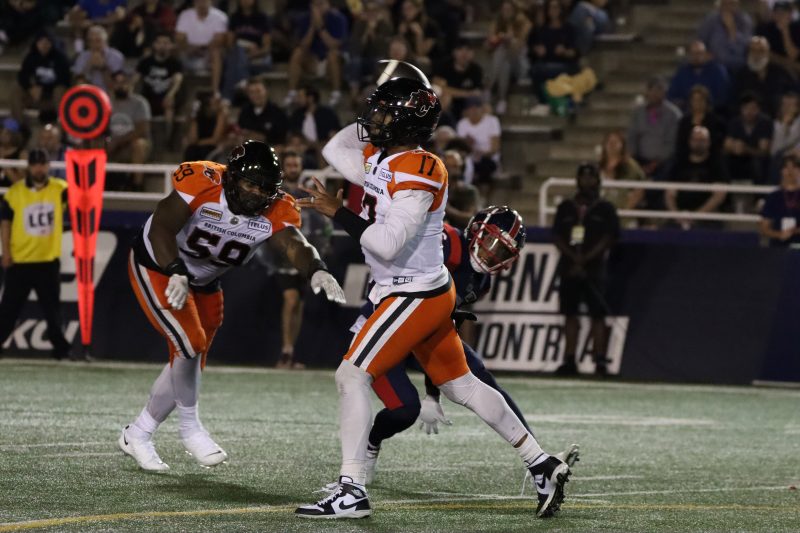 “I put a lot of it on myself. Got to be better in every facet,” added Pipkin.

“If a sack happens, I want to look at the iPad and see if there was some way I could get the ball off earlier. It’s hard without going back and watching the film, but ultimately it’s just a matter of getting better. Find a way to get better.”

Added linebacker Jordan Williams: “Overall, defensively, we left some plays out there. We could have competed a little better to give our offence opportunities. There were too many second and longs where we didn’t get off the field. If we can finish those plays, make tackles and give our offence the ball more, that goes a long way.”

Montreal did plenty of damage on the ground with 137 rushing yards. Quarterback Trevor Harris was 16/23 for a modest 163 yards, one touchdown and an interception to Emmanuel Rugamba (Peters interception came on a pass from Eugene Lewis).

The Rugamba takeaway led to Pipkin’s fourth-quarter touchdown scamper making it a 21-10 game. Bryan Burnham’s fumble killed their next series while the interception return by Nafees Lyon proved to seal the deal. Now the focus lies on another big test against the Stampeders one week from Saturday. 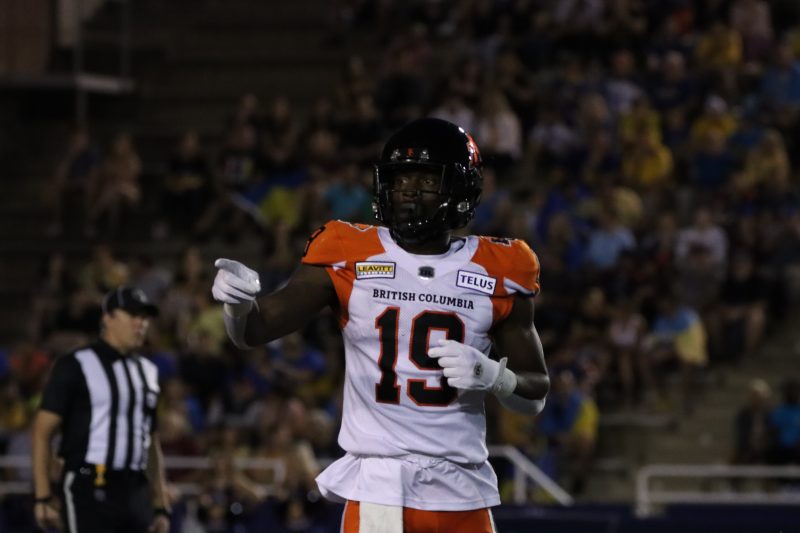 15/5- the difference in first downs between the home side and the Lions in that forgetful opening 30 minutes.

251- a lacklustre total of offence for the Lions in this defeat.

33:43- The Alouettes held the advantage in time of possession.

0- the number of Lion first downs in the opening half following their field goal drive to start things out.

5- the number of quarterback sacks recorded by the Alouettes.

The Lions visit Calgary next Saturday, September 17 in the first of a big home and home series. Kickoff at McMahon Stadium next week goes at 4:00 pm Pacific.