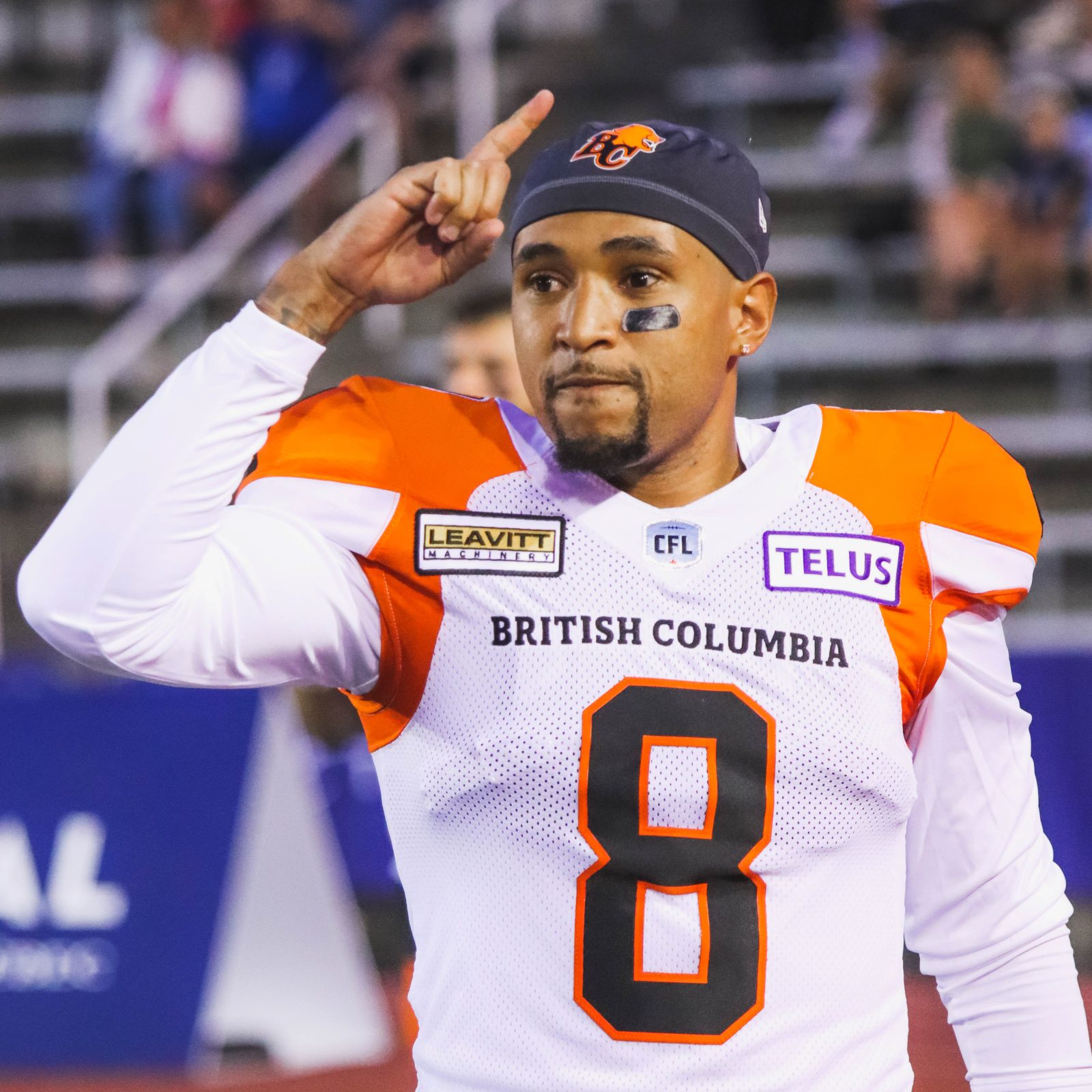 Big play VA is up to the task under centre for the BC Lions this week, a mere six years after he originally expected to be suited up in orange and black. Fast forward to 2022, the 29-year-old quarterback from Pasadena, California has a chance to steer the ship back in the right direction.

Lions head coach Rick Campbell announced on Monday that Adams Jr. will start at quarterback this Saturday against the Calgary Stampeders. Since the Lions’ trade with the Montreal Alouettes that brought him here last week, Adams Jr. travelled from Montreal to Vancouver twice in less than two weeks. He finally has the time to get full reps at practice this week.

“I knew I always was supposed to be here. So, now that I’m here, I’m just trying to take it day by day. Slow things down in my head. Just keep working and get 1% better each day,” Adams Jr. said.

Following his arrival to the Lions practice facility ten days ago, Adams Jr. had a quick turnaround business trip back to Montreal to face his former team last week. Of course, the fans in Montreal showed Adams Jr. appreciation for what he’s done for the Alouettes since 2016.

“It was good just because the fans did show me a lot of love. I did a lot in the community there. I spent my whole career there. It was awesome. Obviously not awesome because we lost, if we got that W, that would’ve been the cherry on top. Other than that, it was good to get back and see some of those fans,” Adams Jr. said. 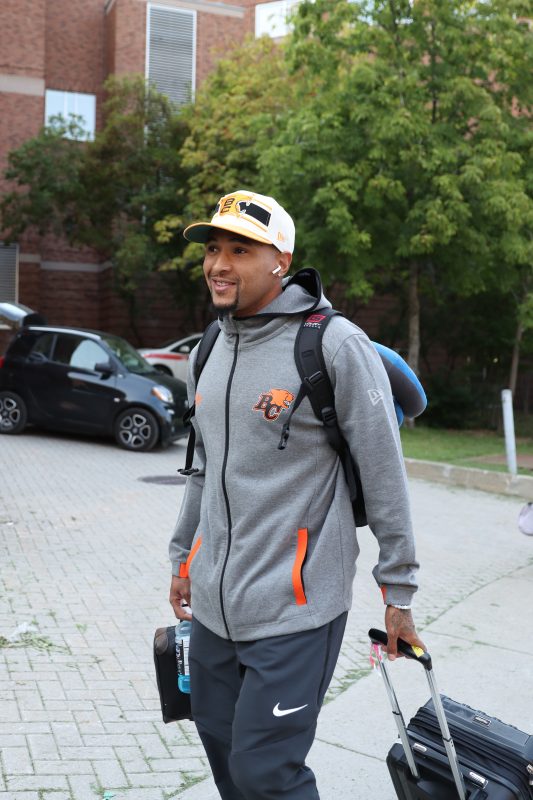 In 2016, Adams Jr. was on the Lions’ negotiation list, and the club traded his rights to Montreal. He then spent most of his CFL career playing for the Alouettes, with a short stint with the Saskatchewan Roughriders and the Hamilton Tiger-cats in 2017-18.

He threw for 6,980 yards, 43 touchdowns and rushed for 945 yards for 17 scores during his time with the Alouettes. Adams Jr. played a few offensive series against his former team last Friday night. Despite the 31-10 loss, Adams Jr. has been trying to be on the same page as the rest of the offence.

“I’m learning pretty quick. It’s more about getting the formation down but other than that, just keep studying. The reps on the field are going to help me a lot more. Last week, we were kind of splitting the reps. I’m getting a lot of reps this week so that’ going to help me,” Adams Jr. said.

With Adams Jr. being on the west coast once again, the execution with his offensive weapons has been the key over the past several days. While Nathan Rourke spent his rookie season understanding his receivers’ tendencies, Adams Jr. will have to build that same chemistry with his receivers and running backs as well.

The rest of the Lions team has been supportive of Adams Jr.’s transition to a new system as well. The defence kept putting on pressure on each play to encourage Adams Jr. to learn the Lions’ offence faster.

“Take what they give me. Don’t be afraid to take the underthrows. Don’t always have to force everything. Get the ball to the playmakers,” he said.

“Our defence is good. They’re going to give me those chances to be on the field.”

Having to spend six and a half seasons in Montreal, even Adams Jr. admitted that it was strange to see himself wearing orange. But he was always meant to be here as the club acquired him in exchange for a 2023 first-round round pick.

Although the team is looking to bounce back from two straight losses, Adams Jr. said he’ll have to manage the game and limit turnovers.

“In the game last week, it felt a little fast. But with these reps from practice this week, the more reps I get, I’m going to pick it up on the fly and go from there. I’m a pro, too. I just have to keep it up with everybody else,” he added.

“It’s not a one-man show. We have to all come together, and take care of the ball. Don’t turn it over, get first downs, and score points. That’s my biggest thing is not turning the ball over. I don’t want to let Calgary get so many chances with the ball.” 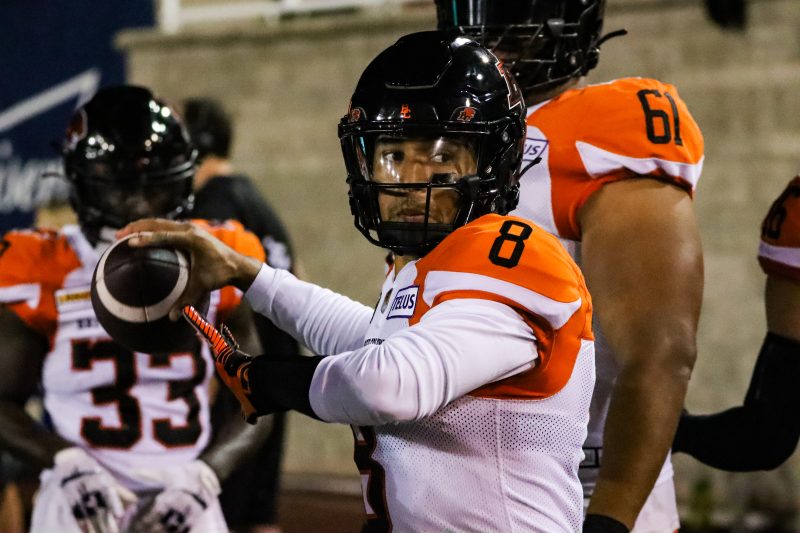 The last time the Lions met with the Calgary Stampeders ended in a 41-40 shootout. The Lions’ defence is up for another challenge against the Stampeders, who are leading the CFL with 111.6 rushing yards per game. And Calgary has also allowed the fewest sacks so far this season, the Lions’ defence biggest task this week is to give Adams Jr. as many opportunities as possible to get more points on the scoreboard.

Adams Jr. and the offence have been preparing for another playoff-type scenario as the Stampeders are just half a game behind the Lions in the standings. Being a player that’s known for extending plays, Adams Jr. said he’ll keep his options available and distribute the ball to all the playmakers on this team.

“Most guys on the team tell me to use my feet, saying I’ve got them, I’m blessed to extend the play and don’t be afraid. You know, if the play is not there, check down isn’t there, use the feet and make the defence pay,” Adams Jr. said.