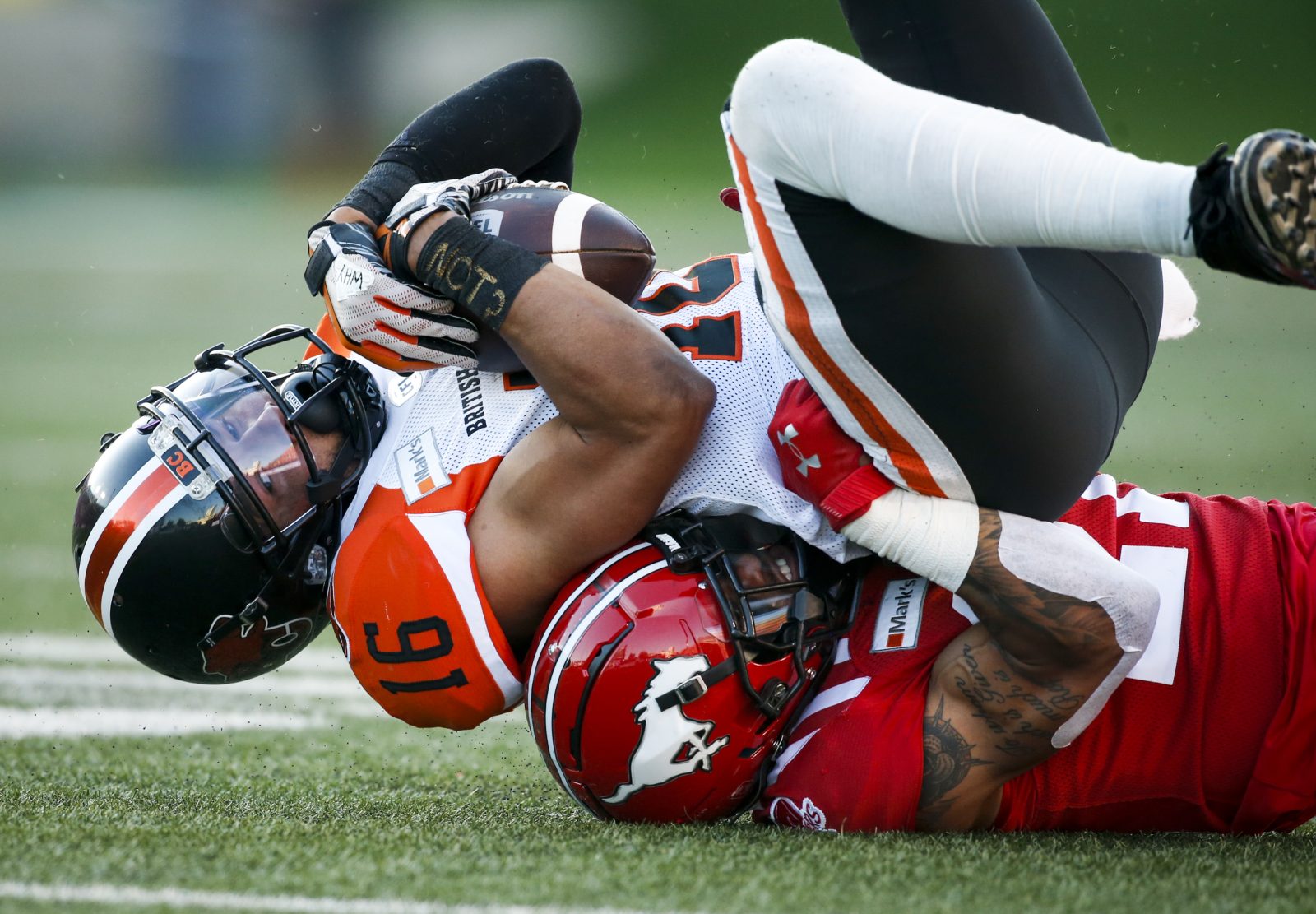 It was only five weeks ago when they escaped Calgary with a thrilling 41-40 victory for the ages. Now, the 8-3-0 BC Lions can look back at that crazy contest, one in which they trailed 21-3 before halftime, as a reminder of the intestinal fortitude they have shown in key situations this season.

Nathan Rourke may still be on the shelf for a lengthy period of time, but the veterans in the locker room can look themselves in the mirror and realize destiny remains in their hands. They just need to get back in the win column against the 8-4-0 Stampeders in order to maintain their second place standing in the tight Western Division. One of those vets, Bo Lokombo, knows they must rise to the occasion in this first end of a home and home series.

“We’re very excited. We still control our destiny and this is just another challenge and obstacle in our ultimate goal, which is to win the Grey Cup,” explained the veteran linebacker.

The Stampeders are doing what they do best: appearing to peak at just the right time. Despite the earlier defeat in that first meeting in mid-August and coming up short three times against the first-place Winnipeg Blue Bombers, Dave Dickenson’s squad is motivated for an opportunity to overtake British Columbia in the standings. 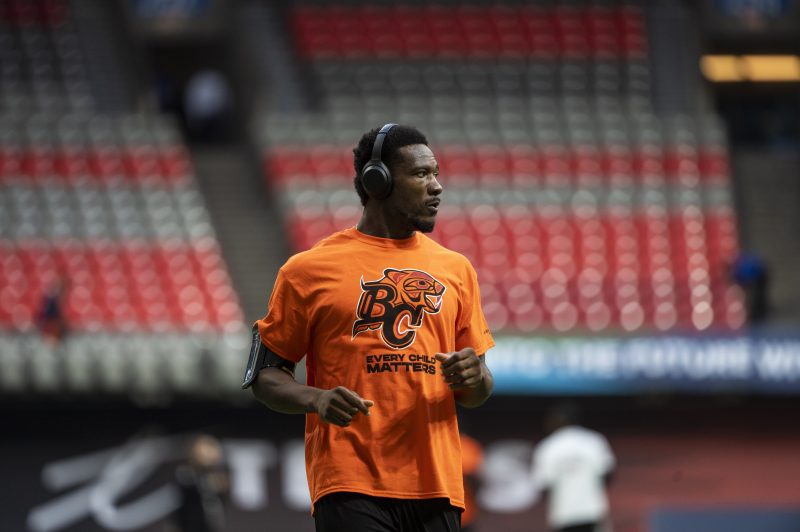 A big reason for their turnaround has been the gutsy decision to make Jake Maier the starting quarterback over Bo Levi Mitchell. Since that change, the UC Davis product has thrown for 1,001 yards and six touchdowns against two interceptions while leading Calgary to a 3-1 record.

“He’s got a nice arm, a nice deep ball. I don’t see anything crazy in terms of anything we can’t stop, but he’s definitely a good player and overall, they’re a good team,” added Lokombo.

“Our front seven has been playing excellent football. We’ve been getting to the quarterback this season and we’re going to have a couple of new wrinkles in our defence. But it’s not just the quarterback play. They have great receivers and we’re looking forward to the challenge.”

On the topic of quarterbacks, Vernon Adams Jr. represents the Lions’ fourth different starter in as many games. And if the Lions have their way, it will remain the situation for the balance of this season or until the event Nathan Rourke may be able to parachute in for a late return. With two full weeks of practice and a couple of series of game action in Montreal under his belt, the athletic Adams Jr. is embracing his opportunity to lead this team for as long as they need him behind centre.

“I’m learning pretty quick. It’s more about getting the formation down but other than that, just keep studying. The reps on the field are going to help me a lot more. Last week, we were kind of splitting the reps. I’m getting a lot of reps this week so that’ going to help me,” Adams Jr. told bclions.com on Thursday.

“Take what they give me. Don’t be afraid to take the underthrows. Don’t always have to force everything. Get the ball to the playmakers. Our defence is good. They’re going to give me those chances to be on the field.”

As long as Lokombo and the defence can hold their own, it will do wonders for an offence that continues to adjust through hard times.

“I feel like our linebackers are one of the better units on this team,” said Lokombo.

“You see Ben stepping in and guys Jordan (Williams), Kevin (Francis) and (Isaiah) Guzylak-Messam playing great football, we have so many talented guys. It’s probably one of the best groups I’ve ever been a part of and that’s exciting.”

Season Series: The Lions prevailed in a 41-40 thriller back on August 13 in Calgary. The third and final regular season meeting goes next Saturday at BC Place. 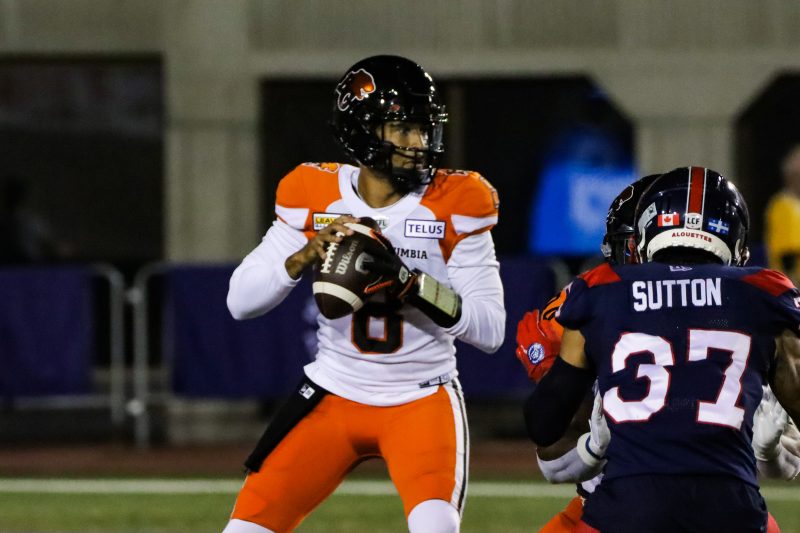 #8 QB- Vernon Adams Jr.- what else can you say? He has become the hired gun for this critical stretch drive. Ironically, Adams Jr.’s only full game of action this season came in Montreal’s season opener at Calgary where he was 18/32 for 250 yards, one touchdown and two interceptions in a 30-27 loss.

#7 WR- Lucky Whitehead- perhaps laboured last week after recovering from a hamstring injury, Whitehead is ready to once again be a big difference maker.

#21 LB- Jordan Williams– the 2022 CFL Most Outstanding Rookie led the squad with ten tackles last week in Montreal. Despite being relegated to a backup role, he proved he can once again be a major force.

A MASSIVE tilt in Calgary.

Lineup notes: Sukh Chungh (knee) and Delvin Breaux Sr. (ribs) will both miss some time after getting dinged up in the loss at Montreal. Andrew Peirson takes Chungh’s place at right guard while Breaux Sr.’s absence results in a secondary shuffle that sees Jalon Edwards-Cooper move to corner, Loucheiz Purifoy to halfback and Quincy Mauger returning to the lineup at safety.

Heading into his 30th career start, Adams is 17-12 lifetime and 3-2 overall against Calgary.

The Stampeders have played in two of the highest-scoring games in the CFL this season. Last week’s 56-28 win in Edmonton was the highest, followed by the 41-40 loss to the Leos last month.

Lemon drops still leaking: Shawn Lemon is second overall in the league with ten sacks this season and has recorded six in his last four games. He needs just one more to tie Lions legend Brent Johnson and Brett Williams for 15th on the CFL all-time list.

On the other side of the line, Calgary has allowed a CFL-low 12 sacks this season. Their sack differential of +21 is just a shade above the Lions’ mark of +19 for tops in the league.