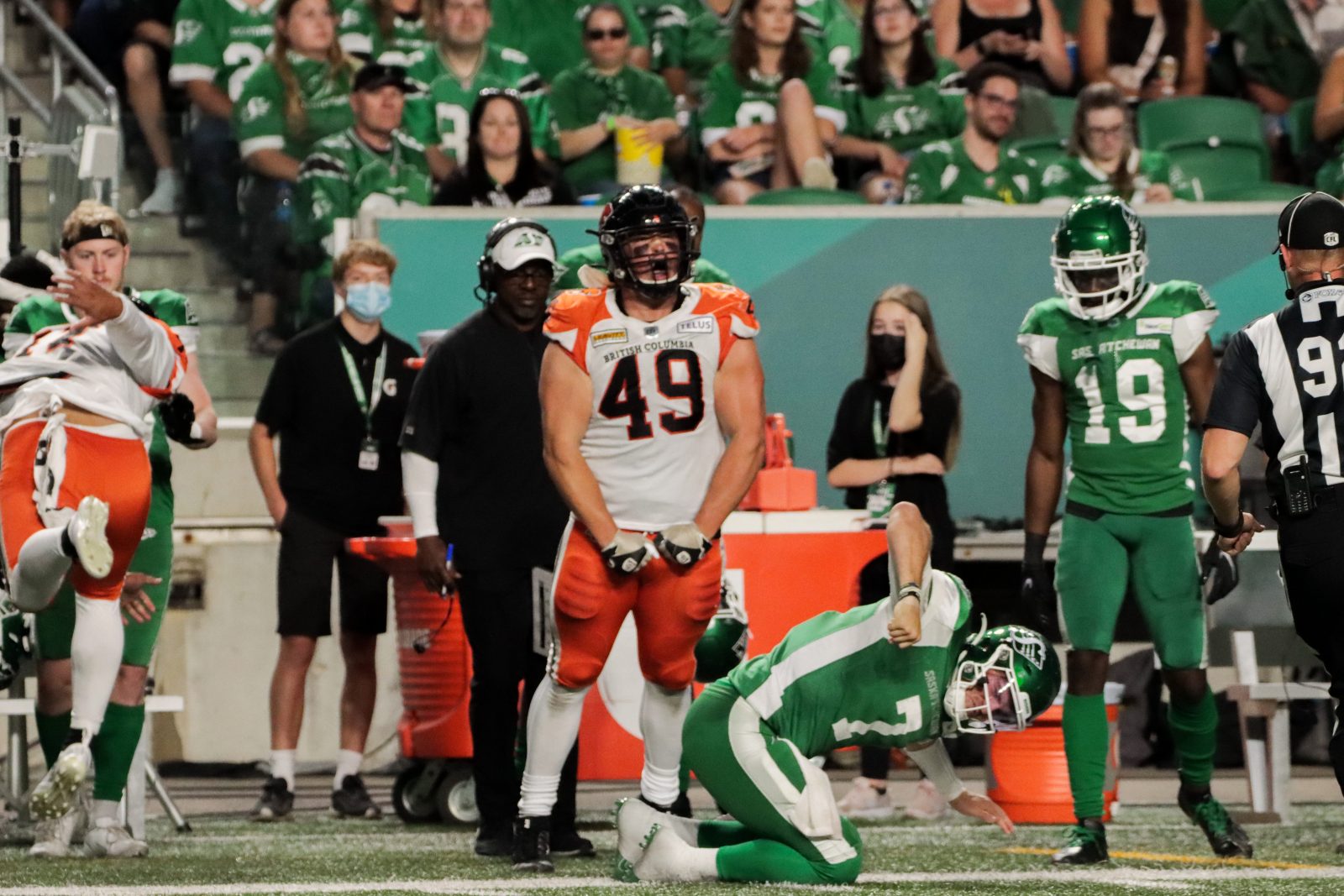 A CFL Global player is breaking the stereotype of players from overseas who are only on teams to fill a designated roster spot.  With the Lions, it’s Belgium defensive tackle Tibo Debaillie proving that international players are more than just kickers and punters.

Debaillie was introduced to tackle football at the age of 12 by his father, Yvan Debaillie. Since then, he’s been motivated to show people that becoming a football player wasn’t some fairy tale he thought of as a kid.

“My parent said it’s been an obsession of mine since I was like eight or nine years old. Ever since I started watching football with my dad, my goal was to be able to play division one college football. I wasn’t even thinking about playing in the pros,” Debaillie recalled.

“Whenever like in elementary school, we had to do like what’s your future going to look like, football was always in there. They thought I was crazy, but I kept pushing to make it happen.” 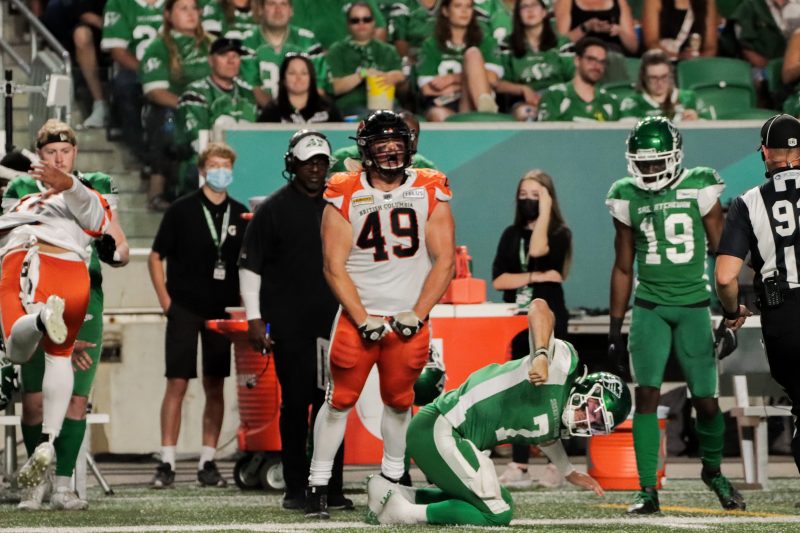 So far, his 2022 campaign has not disappointed. Debaillie has racked up 13 tackles and three sacks under his belt and feels like he’s surrounded by one big family with the right personnel to let him make plays on the field.

“This is a completely new level. I’ve never been on this big of a stage where we actually get the opportunity to go this far. For some people, this is a once-in-a-lifetime experience,” he added.

Debaillie has been a key addition to the Lions’ defensive front. The 6’2’’ 285-pound defensive tackle signed with the Lions after the 2022 CFL Global Draft had concluded. Since then, he has helped the defensive line succeed as a unit and helped the team to a 9-3 record.

“This is probably the most tight-knit team I’ve been on. We come to practice with a smile, we have fun every single day. The D-Line, we stick together. We don’t argue with each other. We don’t compare who has the most sacks, we just work together. On the stat sheet, it says I have three sacks, but that’s the whole team,” he said.

“Even if we had a bad game, we’re still coming in here to have fun while getting the corrections done and move on.”

Growing up in Gistel, Belgium, Debaillie said his parents fully supported him to pursue his football dream. From attending various games, and tryouts to getting his college admission to Towson University and a visa to the United States. his father took care of all the paperwork.

“I was around 12 years old and my dad took me aside and told me they would 100% support me. If I want to just go out with friends every weekend, that’s fine, too. But they will not support my dream. It clicked early that I had to do everything in my power to make them proud,” he recalled.

“For all the visa stuff, we had to go to the U.S. Embassy. He did that all by himself, like all my paperwork for the SATs and getting all my grades from high school translated to U.S. standards, he did it. I didn’t have to worry about it. He told me to go work out and get better. My parents have done everything in their power to get me here.”

Debaillie has also received help from former Philadelphia Eagles and Winnipeg Blue Bombers defensive lineman Brandon Collier, who founded PPI Recruits, a database program to help international football players to get recruited to U.S. colleges. It connected players like Debaillie to gain more opportunities to play football in the states.

“I played in an all-star game in Germany, one of the referees was Brandon Collier. He wanted to start a business and he explained his vision to me. I think in 2016, we went to the states and went to a couple of schools and Towson was one of them. I was lucky enough to get a few workouts or two. After the workout and they looked at my film, they offered me to come to Towson,” Debaillie recalled.

He spent three seasons with the Towson Tigers, recording 29 total tackles, 2.5 tackles for loss and 1.5 sacks. From being a standout player in Europe to learning the playbooks and understanding his role, it took some adjustment. But Debaillie said football was still easier than school.

“We didn’t even have a playbook back home when I played in Belgium. It was kind of a free for all. My defensive line coach at Towson was a great mentor, he made sure I understand that this is the next level,” he added.

“It’s not hard, you just have to remember it. It’s not like math, I wasn’t good at that. But when it comes to football, something I’m really interested in, it was easy for me to learn.”

Prior to being selected by the Edmonton Elks in the third round of the 2021 CFL Global Draft, he had a decision to make whether he wanted to go back to Towson for his senior year or enter professional football. Debaillie was thrilled to get drafted into the CFL.

“I decided a couple of months before that I wasn’t going to come back for my last year because I’ve graduated already. I didn’t really like school so once I got my diploma, I was happy enough to move on. Of course, it still hurts me that I couldn’t play my senior year and get a senior day. It was a hard decision I had to make,” he said.

He suited up three games for the Elks before being released in February 2022. Shortly after, several teams in the European League of Football (ELF) and the German Football League showed interest in Debaillie. He then signed with the Potsdam Royals.

Debaillie would only spend two weeks with the Royals before getting another chance in the CFL with the Lions at training camp. And the Belgium Freight Train has provided valuable reps in the defensive line rotation for the Lions since.

“Sometimes it just takes one shot for you. To get that shot from coach Bowman and coach RP, who trusted me and they allowed me to show the league that the Global Draft should be a thing because there have been great players coming out like Thiadric Hansen from the Blue Bombers and Tyron Vrede for the REDBLACKS; are all very good players,” Debaillie said.

“Europeans and internationals can do way more than just kicking and punting the football,” he added. 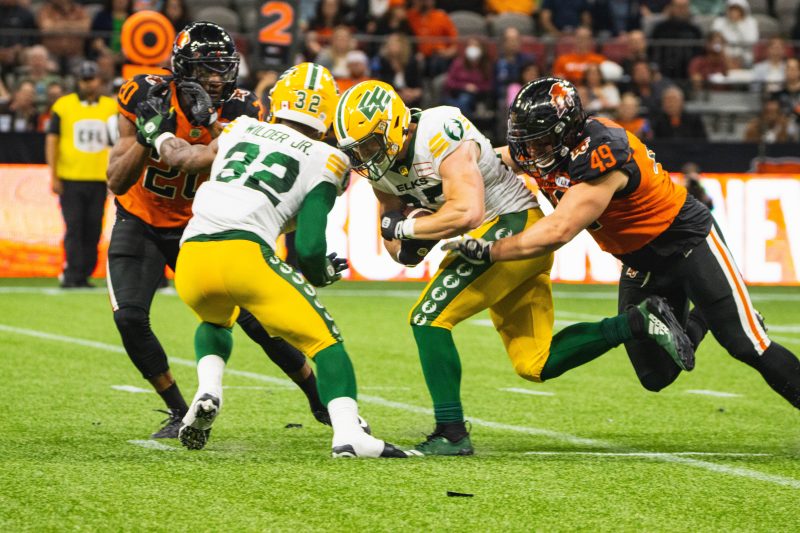 With more international players proving their worth on the gridiron, Debaillie said Collier’s recruiting database has been growing exponentially. Towson University faced West Virginia University this past weekend in college football, where six international athletes are from PPI Recruits.

“When I was doing it, there weren’t a lot of people with the same goal. It’s been blown up since we started. He [Collier] has players playing at Ohio State. It’s really cool that I was one of the first kids to set the standard,” Debaillie said.