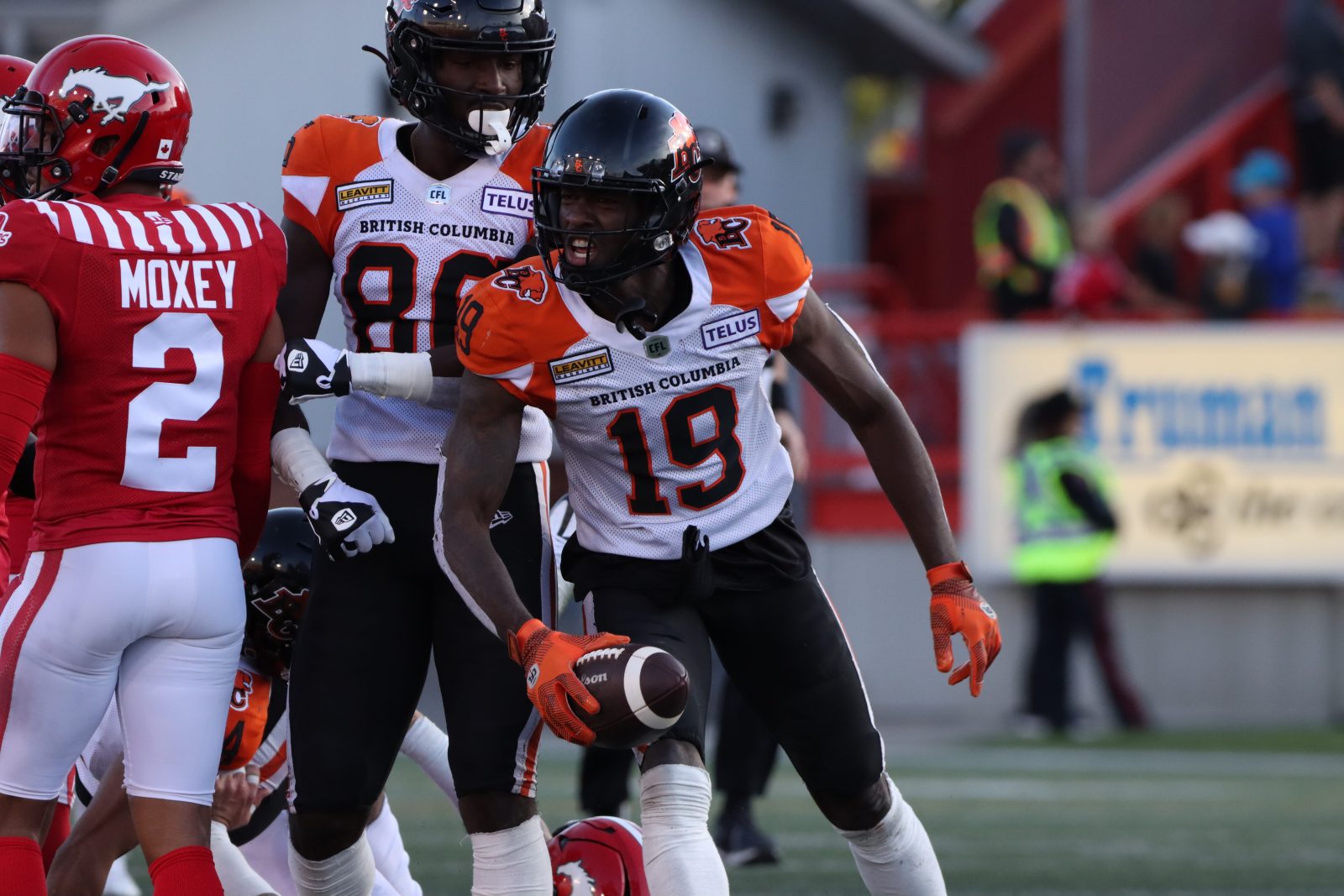 If it is any consolation to the guy who prefers not to overly celebrate an individual milestone for too long, the play that got him over 1,000 yards was a very big one.

The 29-yard leaping grab by Dominique Rhymes not only extended a Lions’ drive but would lead to three points in what was likely the squad’s most impressive victory of this crazy 2022 campaign.

Surpassing 1,000 yards for the second time in his career will also likely be more appreciated once the final chapter of this Lions season has been published.

“It really doesn’t go through my mind,” admits Rhymes on the impressive milestone.

“Throughout the game, I’m trying to win and help in any way I can for my team. That’s all I think about. To get the 1,000 and a win felt super good, but the win felt better. Being in a position we are in as a team and winning is helping us all feel better. When I did it in Ottawa (1,056 yards in 2019) for the first time, it didn’t feel like anything. I was on a losing team. To do it this season and be on a winning team makes it all that much better.”

It has been a windy road to establishing himself as an elite player with the Lions. Despite that career year with Rick Campbell’s REDBLACKS, Rhymes hung around on the free agent market for a few days in 2020 before inking a one-year deal to reunite with his head coach on the west coast.

Then, of course, the COVID-19 pandemic resulted in him training for the rest of that year near his home in Miami. The truncated 2021 regular season was shortened for Rhymes even more due to a lingering ankle injury that limited him to eight games. Staying healthy, contributing and winning ball games. Good things indeed happen in threes for the milestone man.

“I’m having so much fun; probably the most fun I’ve ever had playing football.”

“The group of guys we have in that locker room, it’s like a brotherhood. You’re with your family every day when you come to work, so that makes it fun to come here, put the work in and compete. I go out in the game and give it everything I’ve got.” 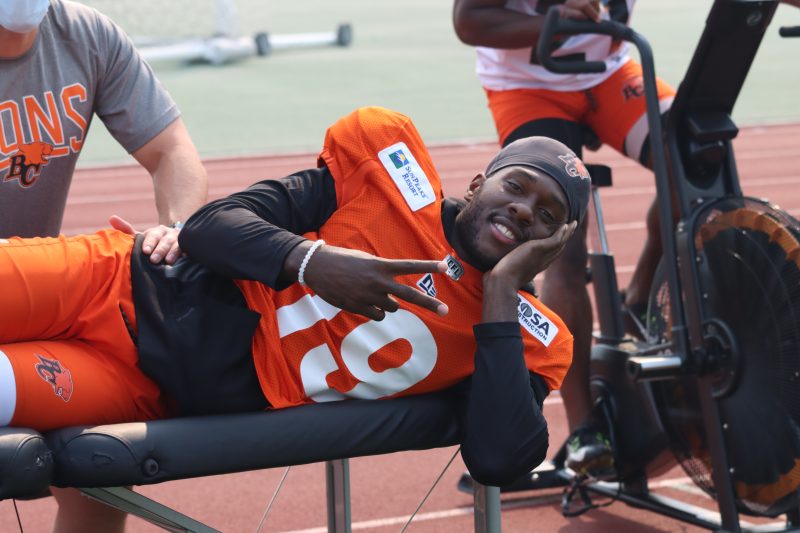 A fun group all around indeed. You can see the trickle-down effect from practices into games. Rhymes’ production has also impressed both his teammates and coaches alike.

“Rhymes is having a great year. Last year, he had suffered through some things, had the injury that set him back, but he’s come back strong since camp,” explained wide receivers coach Jason Tucker.

“He came in and told me he was on a mission and he showed it every day. He has come to work and is reaping the benefits.”

For a receiving corps. that already included Lucky Whitehead, Bryan Burnham and youngsters Jevon Cottoy and Keon Hatcher, the emergence of Rhymes, who can likely now call himself the club’s leading contender for Most Outstanding Player, has been a nice feather in the cap for this resurgent Lion squad. 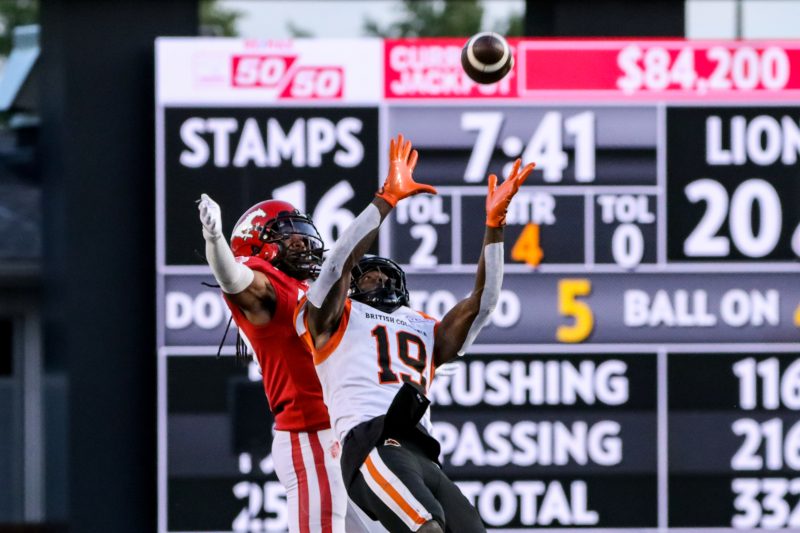 The road to this latest Rhymes milestone began with Rhymes growing up in South Florida. Rhymes was a star receiver at Miami Northwestern High School where his teammates included NFL mainstays, Teddy Bridgewater and Amari Cooper. In an area that was pumping out talented players year after year, carving out a long career in the pros is certainly a nice feather in Rhymes’ cap.

“Every now and again I talk to Teddy, I haven’t talked to Amari since he signed with Cleveland. It was so much fun. Super competitive. We had so many good people. I loved it,” said Rhymes of his high school career.

He had his football family and his real family. Rhymes credits his mom Tangela for raising him and his brother on her own. She still works as a driver for the Miami Metro day bus.

“She taught me to never give up on anything I do,” he said.

“Just seeing how hard she works makes me go out in each and every practice and each and every game and give it everything I’ve got. She had two kids and did everything by herself. Being in this position and having every blessing that I have right now makes me go super hard. I give everything to her. She instilled in me the work ethic I try to use today.”

And it will be a big offseason for the milestone man as he and his fiancee Mackenzie, whom he met during his time in Ottawa, will soon get ready to tie the knot.

“Once the season is all done, we will finalize all of that but I’m super excited for sure,” said Rhymes of his pending vows.

1,000 yards and counting, a run at the Grey Cup and walking down the aisle. It could certainly be a milestone year for the Miami Northwestern graduate.