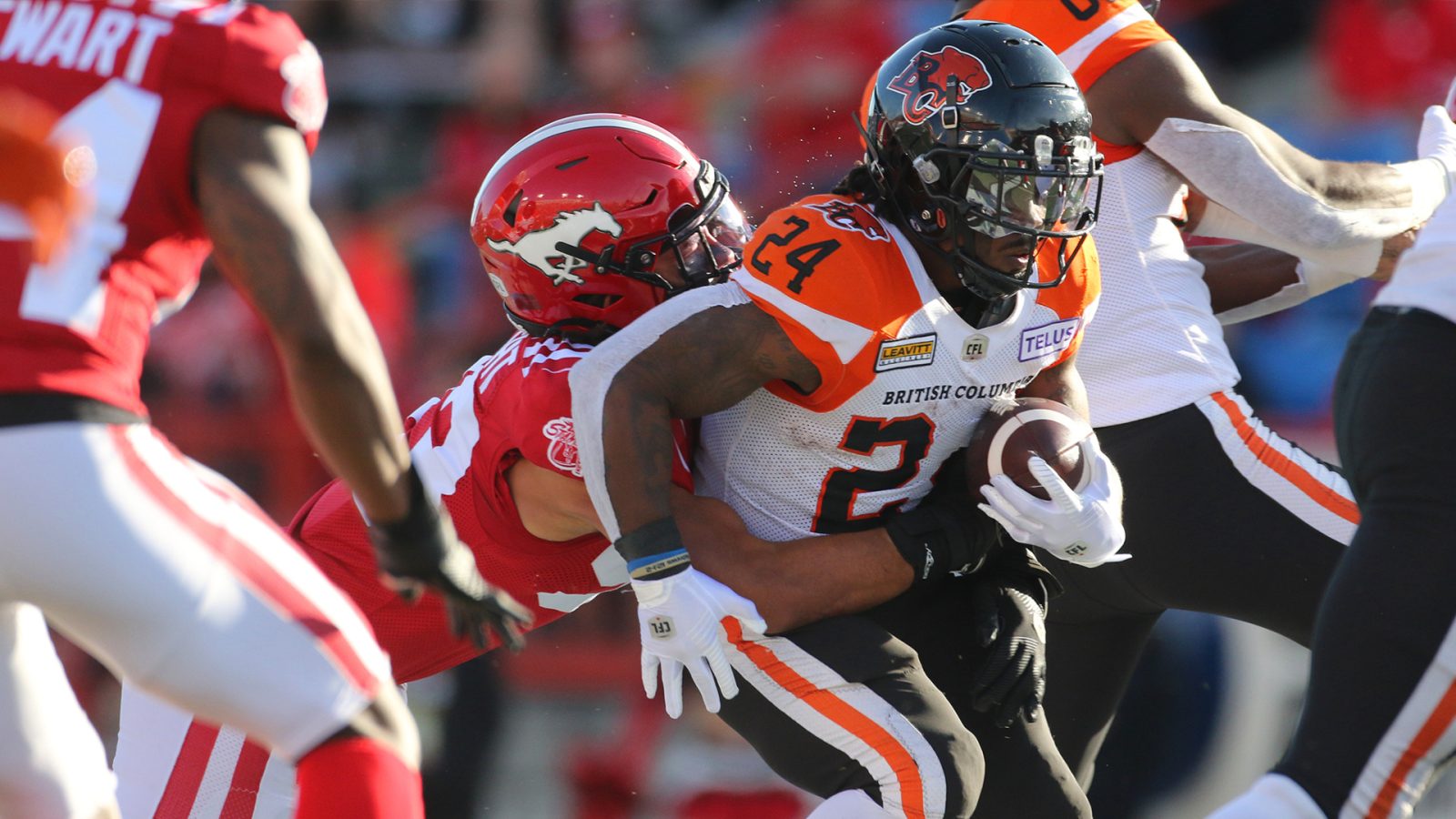 Saturday’s big home rematch with the Calgary Stampeders represents a chance for the 2022 BC Lions to tick off one item on their list of major goals. A win and sweep of Calgary in the season series will lock up the franchises’ first playoff spot since the 2018 season. Perhaps more important, it would also guarantee a top three spot in the West for the first time since 2016 and clearly put them in the driver’s seat to host a playoff game in November.

As far as James Butler is concerned, this game feels huge without even putting the scenarios into play.

“Like we’ve been saying though, every week, every game is its own entity. We can’t treat this one any bigger than it is. We know what’s in store, but we have to continue working and put our best foot forward.”

One big storyline from last week’s overtime win against these same Stampeders was Butler being a big difference maker with 101 yards from scrimmage and two touchdowns, including the 18-yard overtime scamper which proved to be the difference. As the playoffs draw closer and the weather cools down outside, that production out of the backfield will be key.

“I was excited. The offensive line is always doing the best they can to give me 100 yards. They were more excited about it than I am,” said Butler of last week’s output.

Both sides of the line of scrimmage will be a major factor in this contest. The offensive line didn’t skip a beat without the services of Sukh Chungh and veteran Andrew Peirson will once again be called upon to fill in at guard. The defence held its own, despite not being able to take down Calgary quarterback Jake Mair. The Stampeders’ front has allowed the lowest sack total in the CFL this season.

And with the stakes high, it should no doubt feel like a playoff tune-up in late September. Nothing wrong with getting battle tested several weeks before the big dance.

Win and they’re in. It could make for a memorable evening. 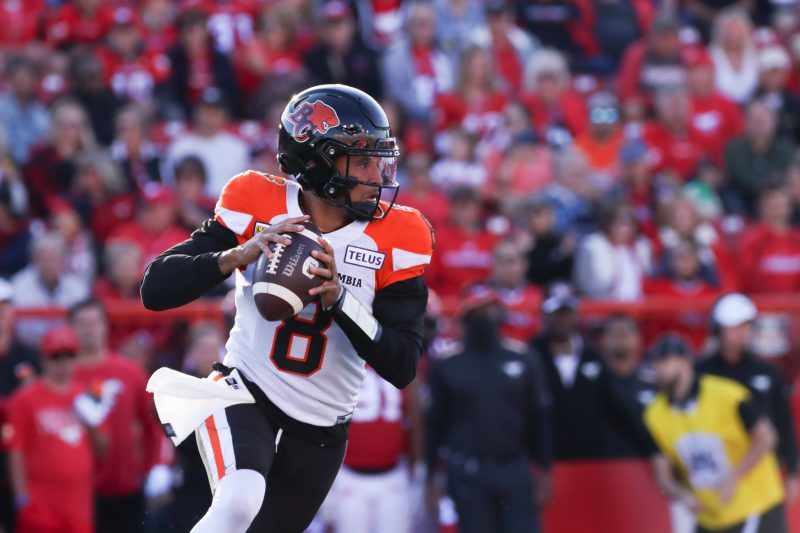 Season Series: The Lions have taken both previous meetings, both on the road: a 31-29 overtime result last week and a 41-40 thriller back on August 13th. Saturday marks the final regular season meeting.

#19 WR- Dominique Rhymes- eclipsed the 1,000-yard mark in last week’s victory and trails only Ottawa’s Jalon Acklin for the CFL lead. Number 19 has quickly emerged as an intriguing one to watch in the Western race for Most Outstanding Player.

#58 DL- Woody Baron- a key free agent signing by the club, Baron finally makes his debut after recovering from a nagging ankle injury. Baron recorded 71 defensive tackles and 11 sacks while suiting up in all 50 games with Montreal from 2018-21.

# 0 DB- Loucheiz Purifoy- whether playing at the SAM linebacker spot or as a halfback, Purifoy has emerged as one of the more versatile Lion defenders this season. Another solid free agent addition.

There is also a path for the Lions to clinch a playoff spot before the ball is kicked off on Saturday. That would involve Hamilton losing in Montreal Friday evening and Ottawa losing at home to Toronto. Kickoff in the nation’s capital is 4:00 pm on Saturday.

Lions’ receiver Dominique Rhymes has eclipsed the 1,000-yard mark for the first time in his career. Entering this week with 1,016 yards, the Murray State product trailed Ottawa’s Jalon Acklin by nine yards for the CFL lead. Rhymes is also just 41 yards shy of a new career-high.

In addition to Rhymes, the Lions also have two other receivers in the top ten in yards this season: Lucky Whitehead is eighth at 839 yards while Keon Hatcher is at tenth with 770. Bryan Burnham recorded the 20th 100-yard game of his career last week. He would surely be in the top ten if not for his early-season injury.

Vernon Adams Jr. makes his home Lions debut and enters this contest with a career record of 18-12-0 as a starter. In 35 pass attempts over the last two weeks, he has yet to throw a touchdown or an interception. As per the analysis of Lions’ historian Steve Daniel, Adams Jr. has been solid with mid-range completions (10-19 yards), racking up a completion percentage of 84.9 per cent and going a perfect 6-for-6 last week.

Baron comes on the roster in place of Sione Teuhema who injured his leg last week. TJ Lee returns to the secondary after missing two games with a hamstring injury. His return to halfback means Loucheiz Purifoy slides back over to safety and Quincy Mauger comes off the roster.

Calgary has won six straight visits to BC Place dating back to 2016. The last Lion home victory over Calgary came in the regular season opener that same year. Each of the last four Lion wins in Calgary came on the road: one each in 2018 and 2021 plus the two this season.

Here is another trend the Lions will look to reverse: so far this season, the road teams have a 14-7-0 record in games played between Western teams. That includes the Lions’ impressive mark of 4-0 in games played at Calgary and Saskatchewan.