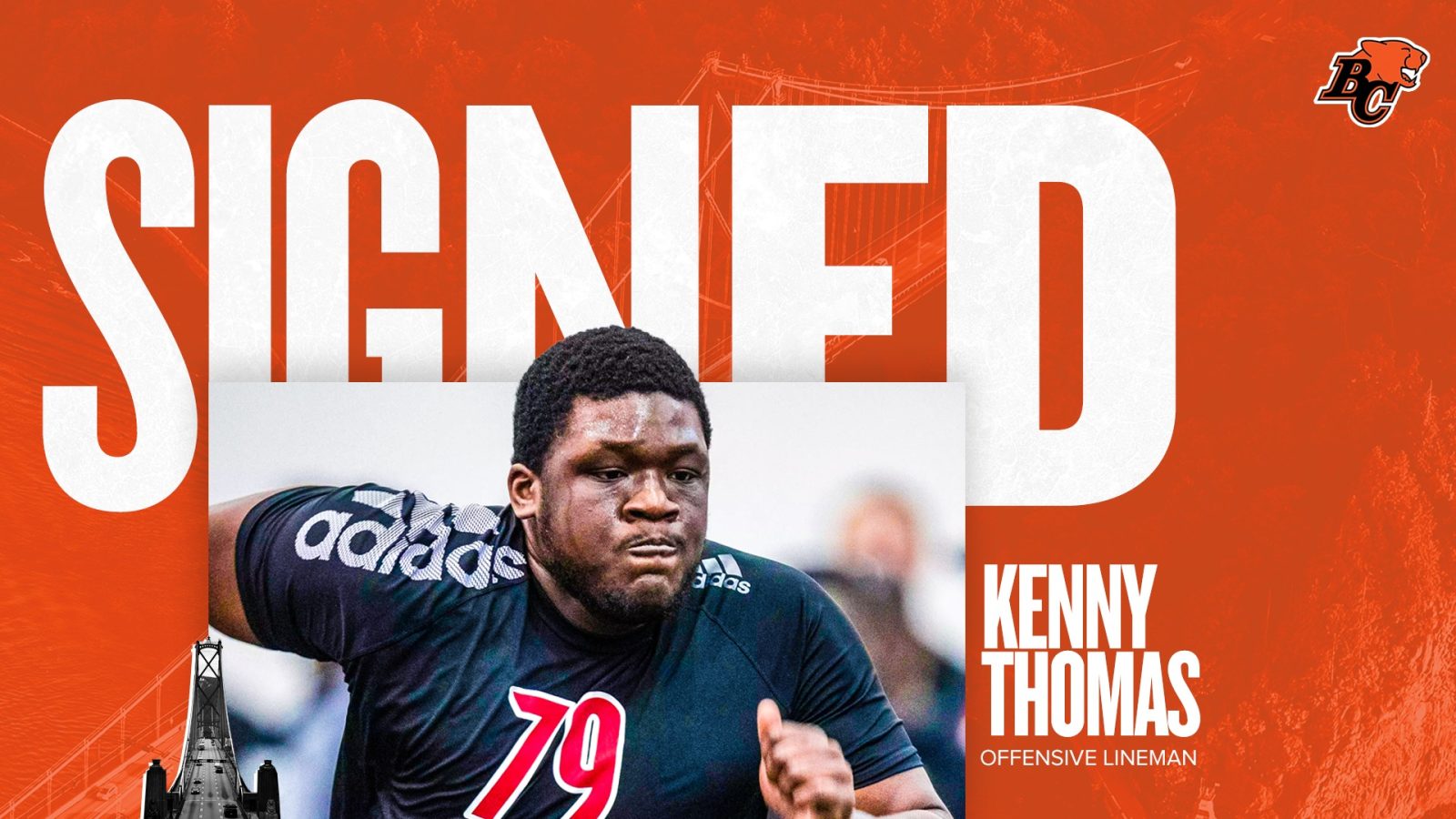 (Vancouver)- The BC Lions announced today that American offensive lineman Kenny Thomas has been signed to the practice roster.

Thomas (6’6, 328 lbs)- is coming off two seasons with the Indoor Football League’s Arizona Rattlers where he suited up in 24 games.

Prior to attending a rookie mini-camp with the Chicago Bears in 2019, the native of Montgomery, Alabama played in 41 games over four seasons at Louisville (2015-18).

Thomas protected 2019 NFL MVP Lamar Jackson and helped the Cardinals average 245.1 yards per game on the ground in 2017.