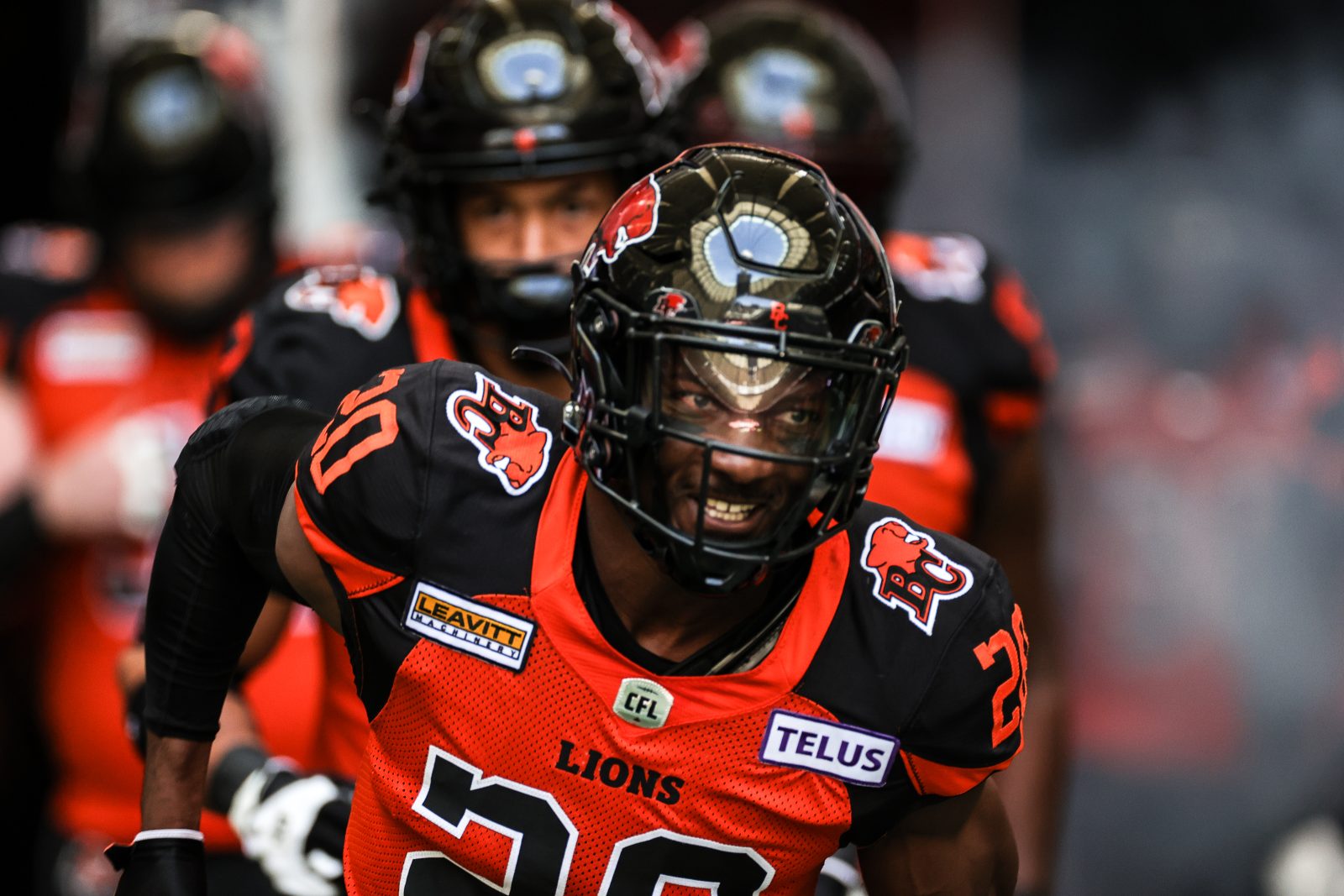 He’s been steadily returning to his peak form since his elbow injury. Now Bo Lokombo, one of the longest-serving Lions on the defence has been gunning down the field to chop down the ball carriers since being re-activated in the last few games.

Lokombo is closing in on his 100th career game in the CFL. Since getting drafted by the Lions in 2013 and joining the team halfway through the 2014 season, he’s had the mindset of making every single play. Even during his return from injury, where he lined up on special teams more than his primary role at weakside linebacker, the veteran still leads by example to impact the team.

The 2021 CFL Most Outstanding Canadian had hope to continue the hot streaks in 2022. But the setback of that elbow injury he suffered from Week 5 was one of his biggest obstacles so far this season. Because there’s nowhere he wants to be more than on the field playing.

“Whenever you’re dealing with an injury, it’s hard because you want to be out there with your boys. When I was out, we were on a winning streak so that was fun to watch. I kind of had to be a coach and support the younger guys. It’s good to be back with plenty of football left,” Lokombo added.

While Lokombo was absent, second-year linebacker Ben Hladik showed poise on the bigger stage, racking up 33 tackles and recording two interceptions since filling for the veteran. Lokombo told the 23-year-old linebacker that he could come to him for any advice.

“I told him to be consistent, he’s been playing great football. This is a young guy who’s coming up, whatever advice he needs, I’m always here. I told him to be more vocal and just keep balling. It’s fun to watch guys like that grow and prosper,” he added. 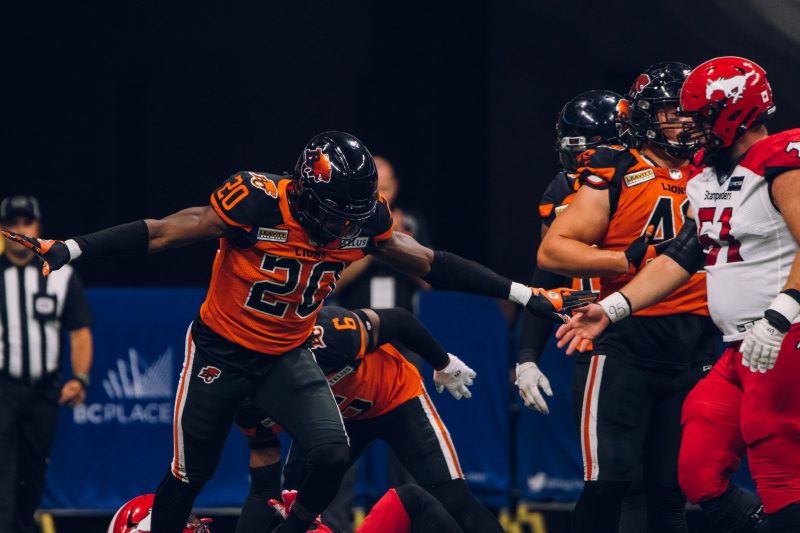 He started the 2022 campaign from where he left off in 2021, leading the team with 10 total tackles during the season opener against the Edmonton Elks. Throughout the hot start, the Lions travelled to Ottawa and faced a challenging REDBLACKS team in Week 4. Now a few months later into the 2022 season, although the standings have shuffled around, Lokombo and the team still aren’t underestimating anyone.

“Know that they’re missing their quarterback, Masoli early in the season, they still have a good team. It doesn’t matter what their record indicates, we still have to approach it as we want to dominate, we want to be the aggressors,” Lokombo said.

The last time Ottawa visited BC Place was on September 11th, 2021. Lokombo enjoyed a game of his career by recording his first CFL pick 6 and six defensive stops against the REDBLACKS. With his family watching from the stands that night, it was everything Lokombo had visioned in last year’s home win against Ottawa.

Since returning to the lineup a month ago, Lokombo has shown an all-out effort every time he takes the field. Almost like how he started on the Lions’ special teams in 2014, letting the ball carriers know what’s coming ahead.

“That’s definitely how I started hustling and showing effort. It’s not always about the numbers, it’s about how you impact the game. People will notice if you are standing out and that’s what I take pride in is making an impact play,” he recalled. 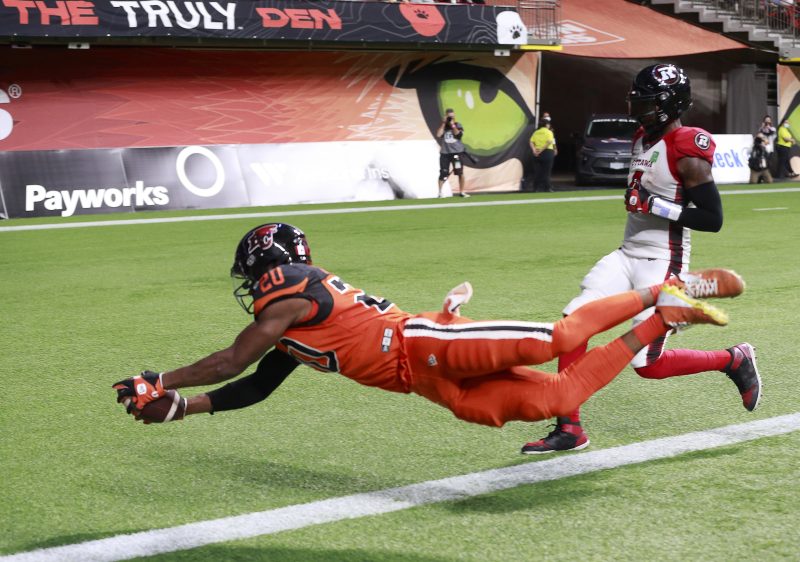 Lokombo will be entering his 99th CFL career game this Friday against Ottawa and anticipating his 100th game milestone next week in Toronto.

Although he wishes his 100th game could’ve landed on his birthday on October 15th, the soon-to-be 32-year-old will challenge himself to help the team out of the current slump, losing three out of the last four games.

“Whenever we play in away games, there always seems a bit of extra motivation because it’s kind of like us against the world. I feel like playing Toronto or anybody, I just bring my best foot forward,” he added.

As the team locked up their playoff spot this past weekend, the poor display against Calgary has the team just barely holding onto the second place in the division. Lokombo’s re-emergence to the Lions’ defence came in at the right time, as he can’t allow the opposition to forget about him.

“I started the season hot. I came back and I was dealing with a different situation. Our linebacker group is arguably the best group in the league. Props to coach Travis Brown and the guys in the locker room. There’s plenty of football left, sometimes you just got to roll with the punches and help the team as best as you can,” he said.

“Not to brag or anything. But I’m a baller. I push the game with the mentality that I’m going to make every single play whether I’m on special teams or on defence. This is my mentality until I retire.”