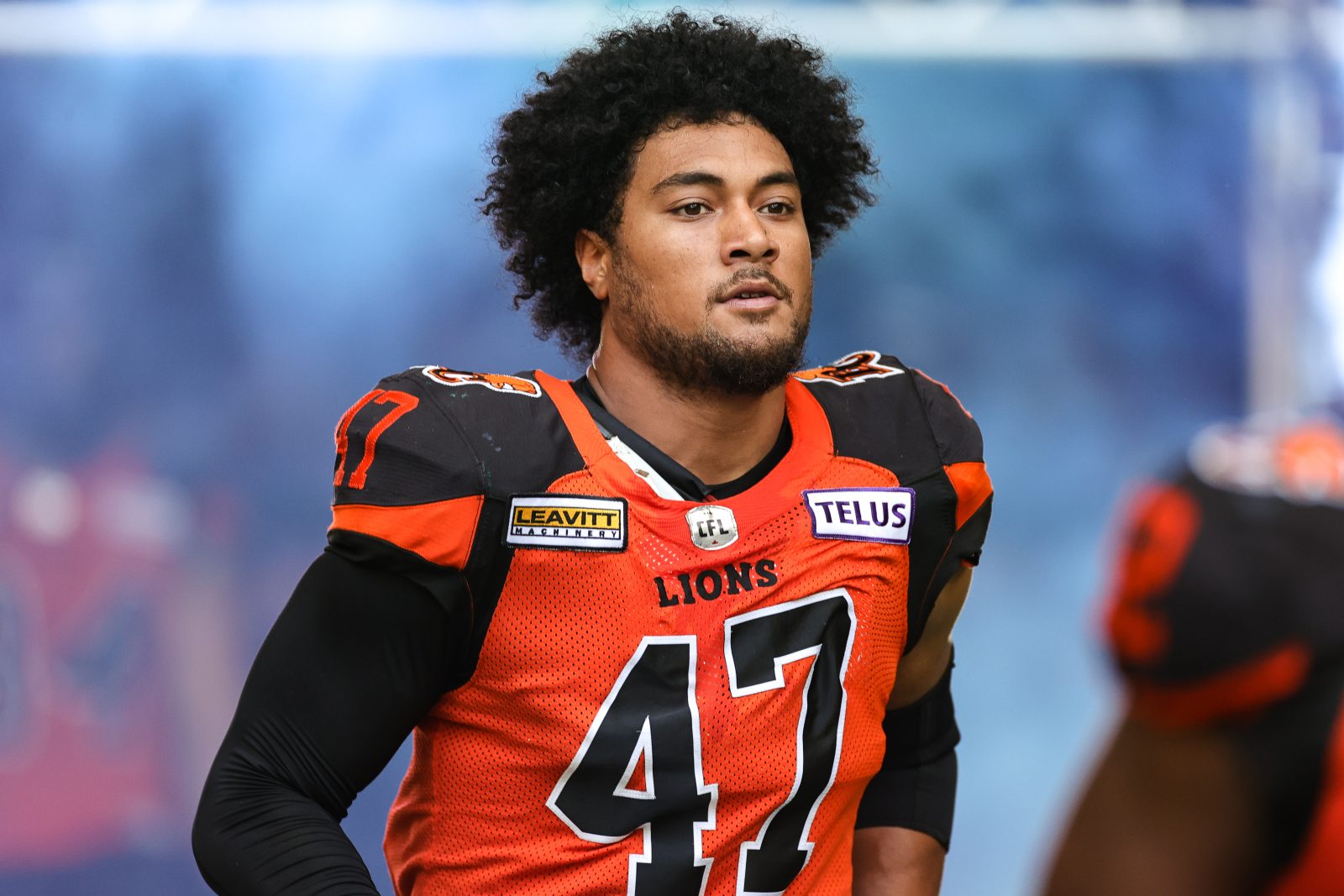 The Canada tour for Sione Teuhema continues this weekend in Toronto. The defensive lineman from Fort Worth, Texas has been living in the thrill of being a tourist and pressuring the opposing offence at the same time.

“To the 6ix. I’m very excited to walk around the city,” Teuhema said.

He surged onto the scene in his very first CFL game in week one against the Edmonton Elks, racking up three sacks in his Lions debut. Teuhema wasn’t shocked but was surprised at the clear path to clean hits.

As he credits the entire defensive line unit for staying on task throughout each game, Teuhema’s goal is simple: get to the quarterback.

“I was surprised but not surprised. The first week felt like, here’s a quarterback, then they just let me run through,” Teuhema added.

With him rounding up to seven sacks so far in 2022, tied for fifth in the CFL with his teammates Mathieu Betts and David Menard, Teuhema is itching to get a few more before the end of the regular season.

“Right now, I’m at seven and we have four more regular season games. I want to get at least 10 plus. I still have time to get to 10 for sure,” Teuhema said. 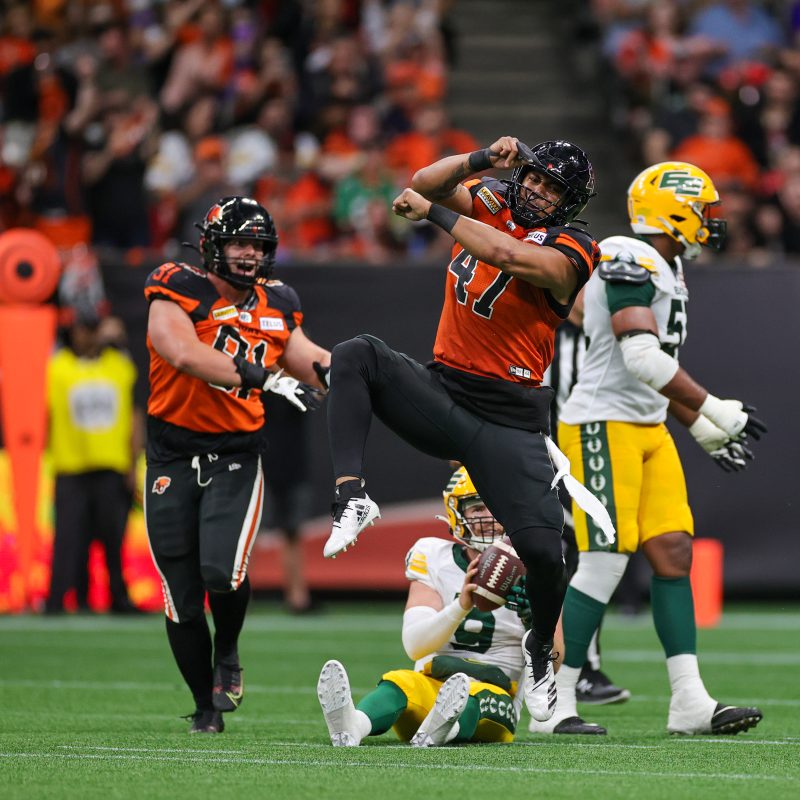 Before joining the Lions, Teuhema spent his freshman and sophomore years playing at LSU, then transferred to Southeastern Louisiana University for the remainder of his collegiate eligibility.

Growing up in a Tongan household in Texas, Teuhema takes pride in his Polynesian heritage but still identifies as an American.

“We still have our own culture. We still wear traditional clothing to church. Other than that, I’m Americanized,” Teuhema chuckled.

Although people often referred to him as a Samoan, Teuhema still politely informs them of the differences between Tongan, Samoan and Fijian.

“Not a lot of people know what Polynesians are. They know more about Samoans but not Tongans so I’ll have to tell them what that is. We have different languages. Our tradition is kind of similar but it’s just different islands,” he said.

“The New Zealand All-Blacks do the war dance and call it the Haka. In Tonga, we call it the Sipi Tau.”

Although he is almost 6,000 miles away from Tonga right now, Teuhema says he plans on visiting the country of his roots. The Polynesian culture is similar to Texas where the primary focus is on faith, family and football. But Teuhema said he was a baseball enthusiast before developing his full potential in football.

“Baseball was my favourite sport at first. My dad and mom were like; you’re going to be the Tongan to play in the MLB. Just go play baseball,” he recalled.

Unfortunately, Sam Tuivailala was a few steps ahead. He was Tonga’s first-ever player to play in the MLB, who previously pitched for the St. Louis Cardinals in 2014 and Seattle Mariners in 2018.

Once Teuhema realizes the more physical game is meant for him, the 27-year-old defensive lineman has played at the highest level he could reach. After his collegiate career at LSU and Southeastern Louisiana, Teuhema attended several NFL mini-camps with the Chicago Bears, and New York Jets and eventually signed to the Carolina Panthers practice roster. Sione also played in the Indoor Football League in 2021 before earning a shot at the Lions training camp this season.

He says the bigger, wider field of the CFL makes him a better player.

“It means you have to be in shape. Because if you’re not, we can see you being tired on film. To play D-Line in the CFL, you have to be quick. You don’t necessarily have to be really heavy. They’re looking for quicker guys to run further,” Teuhema added.

He arrived in Kamloops without any pressure on himself other than trying to make the team. Once he stepped onto the field with new faces surrounding him, the entire D-Line immediately clicked.

“The defensive line is a good group. From camp, we just all connected. Usually, it’ll be quiet for a couple of weeks, everyone just trying to get a feel of everyone. But we all got along quickly, it’s a good group,” Teuhema said. 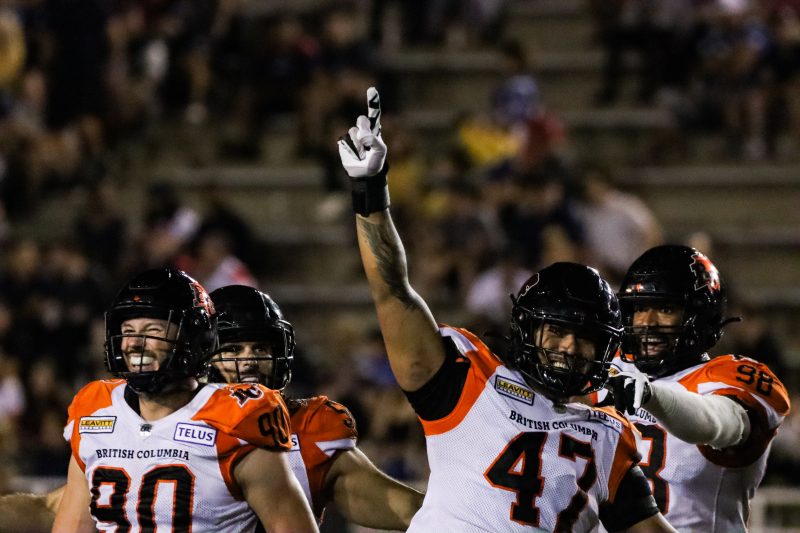 With a few more stops that’ll complete Teuhema’s Canada tour in 2022, he’s excited to test himself out in the colder climate. He’s already far from home, he said he may as well experience everything Canada has to offer.

“It’s been fun. I feel welcomed. That’s the main thing. It’s different from Texas, it’s not flat, and I can see the mountains. It’s not as hot out so I’ve been waiting for the cold. I’m from Texas so I hate the heat,” he added.

“Texas winter, I can deal with that. I don’t know about the winter here so we’re going to have to see,” Teuhema chuckled.

As each game becomes more crucial, the Lions’ D-Line are playing cohesively despite some injuries. Thanks to the addition of Woody Baron, who was actively recovering from his injury for the majority of the season until he was able to suit up against the Stampeders in Week 16. As well as the 2022 first-round draft pick Nathan Cherry, bringing that prairie toughness with him onto this Lions’ team.

“We have to be a unit. Everybody is playing for each other. Don’t try to do your individual thing, that’s when the team breaks up. We just want to be sure that we stay as a unit,” Teuhema said.