Put Some Respect On ‘This’ Terry Williams 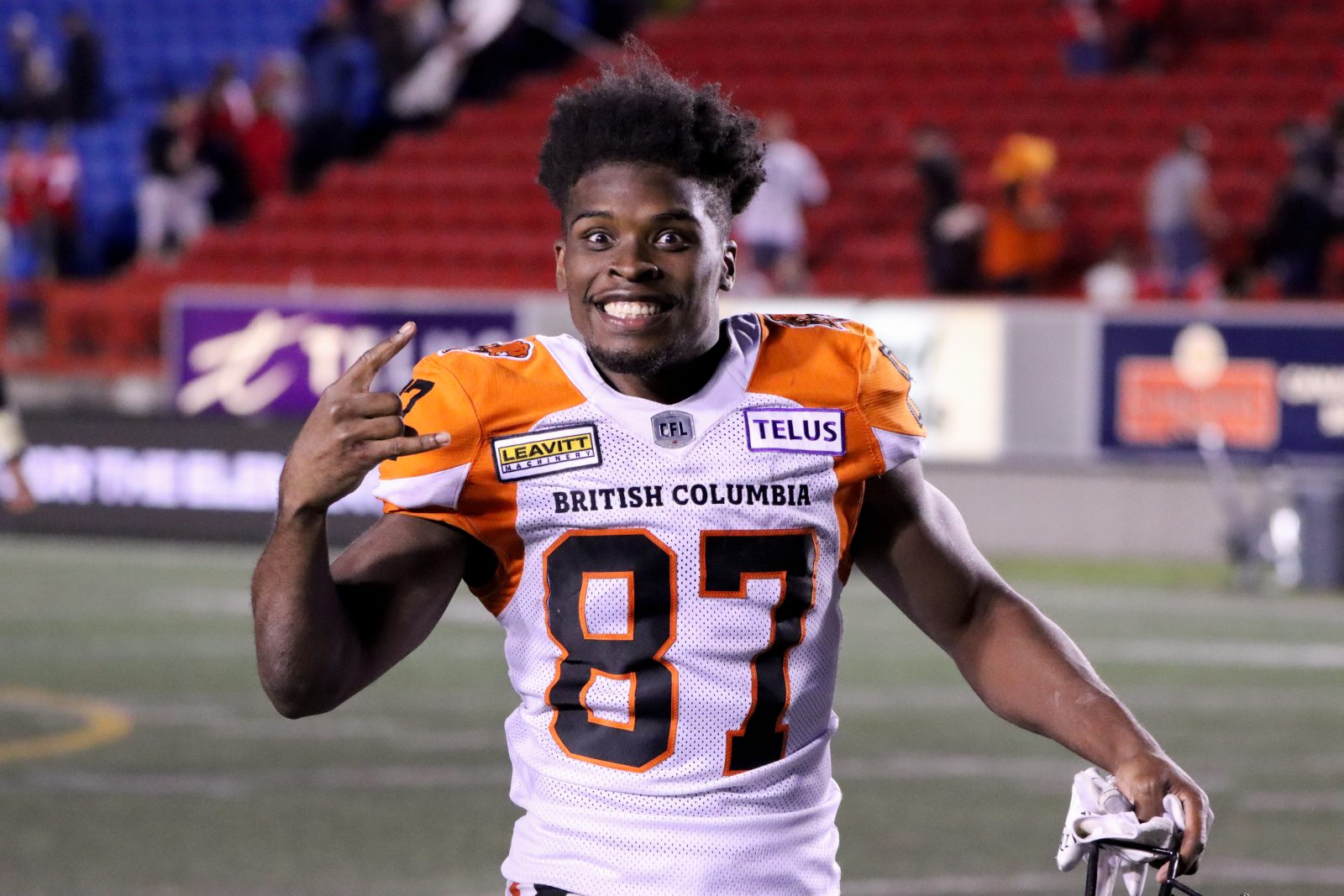 Put Some Respect On ‘This’ Terry Williams

When players arrived at their lockers and found packs of playing cards with their names and stats on them, the boys were thrilled to show them off. Then Terry Williams opened his package from the league and saw a player he didn’t recognize. It was the wrong Terry Williams.

Williams knew his purpose was to fuel the Lions’ return game with more excitement when the club acquired him from the Ottawa REDBLACKS for a 2023 third-round pick and a conditional fourth-round pick in 2024. The Lions’ special teams finally saw Scary Terry’s breakout game this past weekend with a total of 341 return yards.

“I don’t know. The league probably doesn’t even have my cards,” Williams chuckled.

“If they do, I would love to have them so I can give them to my family members back home. They sent me the Terry Williams who played for Edmonton from last year.”

This Terry Williams from Greenwood, Mississippi joined the Ottawa REDBLACKS in 2021 and suited up for two games after DeVonte Dedmon went down with an injury. It was his first professional team since playing at the University of Tennessee-Martin.

“Last year, those two games helped me confidence-wise. Like I didn’t have the best two games that I wanted to have, but it showed me that I can play here. I can play at a professional level. Just keep betting on myself, keep dreaming. That’s what I live by,” Williams said. 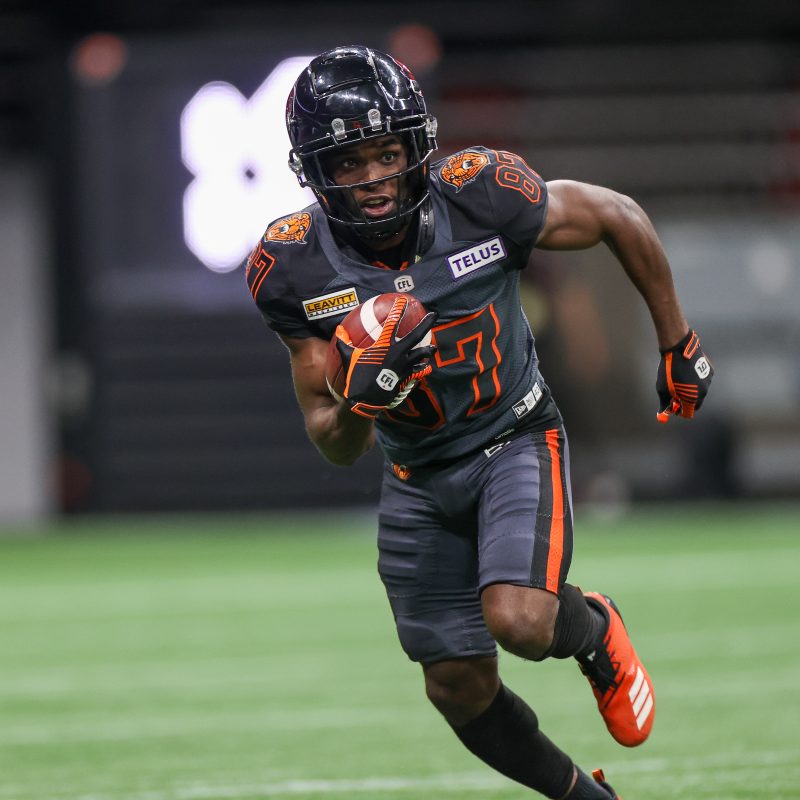 When he needed to make the transition to the CFL, Williams’ work ethic and charisma were witnessed by his teammates in Ottawa. He excelled as a key playmaker as a returner and receiver for the REDBLACKS early on in 2022. Once the news broke that Williams has been traded to BC, many teammates and personnel from Ottawa wished him the best on Twitter.

“This year, I came in excited, ready to play and ready for the opportunity. When I got the opportunity, I wanted to make the most of it every time. With one year under my belt, I learned to take care of myself and to just enjoy it because you’re away from family. So, enjoy your teammates, have fun but also lock in for the grind,” Williams said.

Williams played nine games for the REDBLACKS this season before being acquired by the Lions. Although his departure from Ottawa was disappointing since he had built so many connections and memories in the last year, he immediately felt wanted by the Lions as the special teams needed a spark like Williams.

“It was a little tough for me because they were my first ever professional team that gave me the chance. I felt like I was having a solid year. When I found out the Lions are going crazy this year and I was like, ‘damn, they want me for real?’ You always want to go somewhere where you’re wanted,” Williams recalled.

“I still have a great connection with guys like R.J. [Harris]. We’ve been sending each other Tik Toks and laughing all day. Darvin [Adams] and I found out both of us are from Mississippi, and we clicked. [DaVonte] Dedmon is my guy too. That’s what I love about the CFL, once you become friends, you’re a family, not just friends,” Williams added.

He didn’t require too much time to adjust to the west coast. A few practices in, Williams began to feel at home in B.C. He said teammates like Dominique Rhymes, James Butler, Lucky Whitehead and more helped him make easy transitions along the way.

“Every week has always been progressing like the numbers are getting better, the effort from everybody. We’re steadily going uphill and this past weekend, it showed that everything just clicked. I’ve been adjusting but the players are open to helping me and we want to keep clicking,” Williams said. 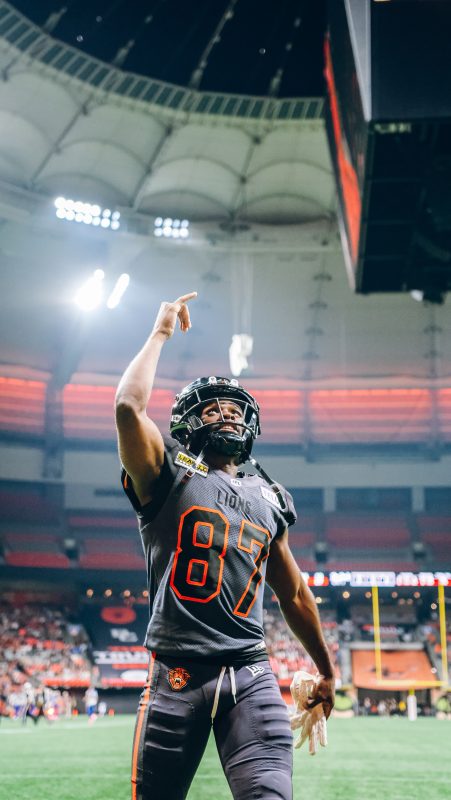 Williams learned his work ethic from his idol, Kobe Bryant. He knows he’ll need to earn every single yard on the field. Which is where his Instagram handle respect_the_5 came from. It was when he got his first opportunity in high school to suit up and wore number five.

“The way Kobe handles himself and the way he loves the game. Watching The Redeem Team on Netflix just makes you appreciate Kobe even more. It means a lot to a lot of people, seeing his work ethic and what I can take from him,” he added.

He may be a smaller athlete on the field, but he’s here to break tackles. With every CFL team obtaining a standout returner of their own, Williams thinks he has the traits to compete for one of the best in the league.

Williams has been eager to reach the end zone since he came to BC to elevate the Lions’ return game. The chemistry with his teammates has been progressing week by week, and the competitor himself can sense the big score incoming.

“I have my speed and vision. I’d say I break a lot of tackles, too. Once I get into the game, I use my speed and strength to break tackles. I feel like I’m turning into the Incredible Hulk a little bit too, Williams chuckled.