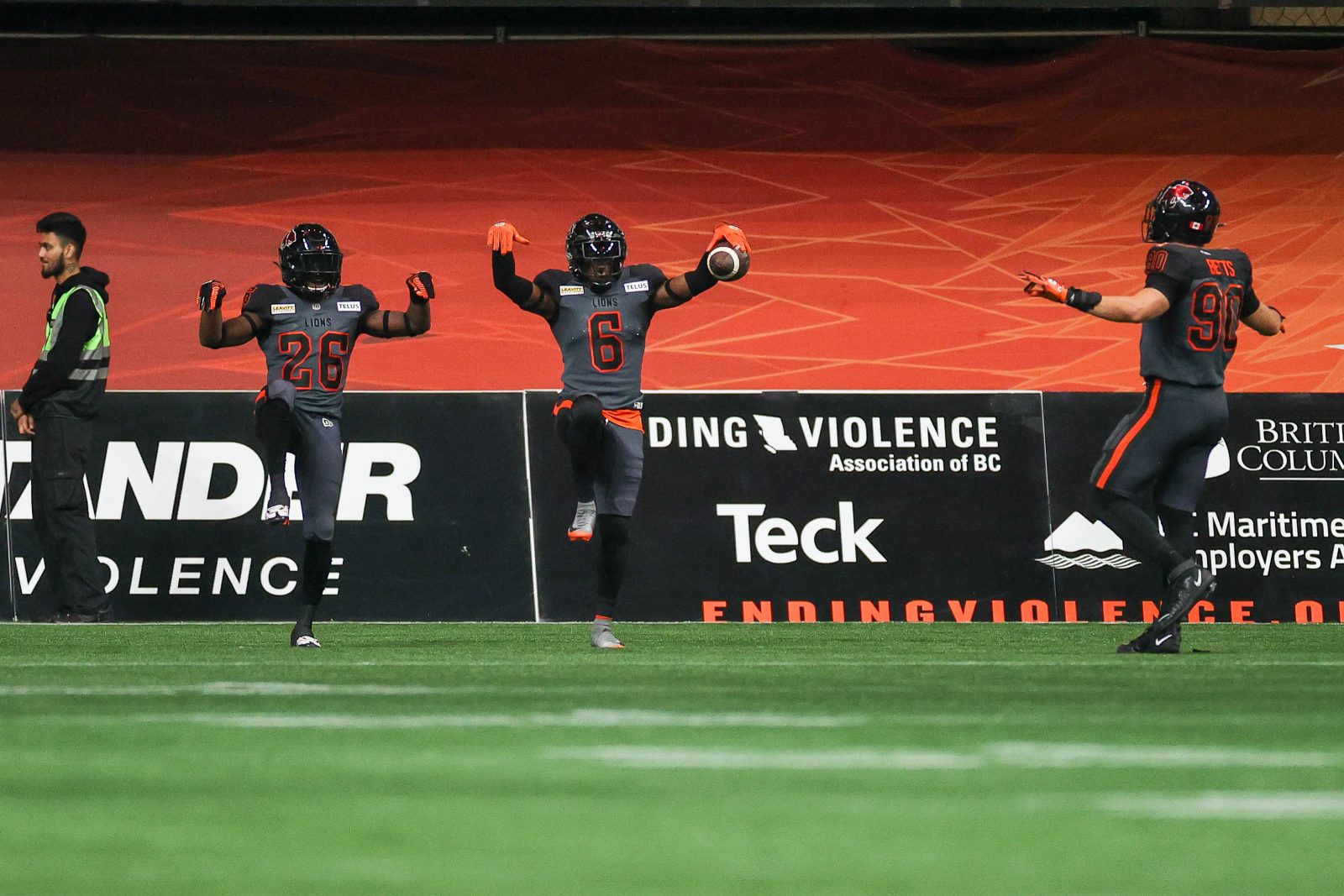 The playoff atmosphere just feels different. The players can sense the postseason significance of a chance to play for another week of football. Therefore, everything that goes into the preparation matters.

But whether it’s their first CFL playoff game or you’re a seasoned vet like T.J. Lee, all the dedication behind the curtain is about to prevail for the remaining teams starting this Sunday.

“Being able to play this game lets us know that we did a good job during the season. We deserved a spot that we’re in because we earned it,” Lee said after Wednesday’s practice.

Long story short, the Lions’ last playoff victory was back in 2016 when the team edged out the Winnipeg Bombers at BC Place 32-31 in the Western Semi-final. According to the league stats and even though it felt and sounded like a full lower bowl, the attendance on that day was 19,176. So, the Lions have put in countless efforts to ensure BC Place gets fully packed on Sunday and is expected to exceed the previous playoff attendance to boost the player’s energy on the field.

Lee’s got the next-play mentality, he couldn’t recall the 2016 playoff win. But he said the fans in British Columbia deserve this home playoff game on Sunday.

“I love playing in the dome because of the fans, the confidence you get being at home. Knowing that you’ve earned it, you deserve it. But most importantly, getting a win for the fans here,” Lee added. 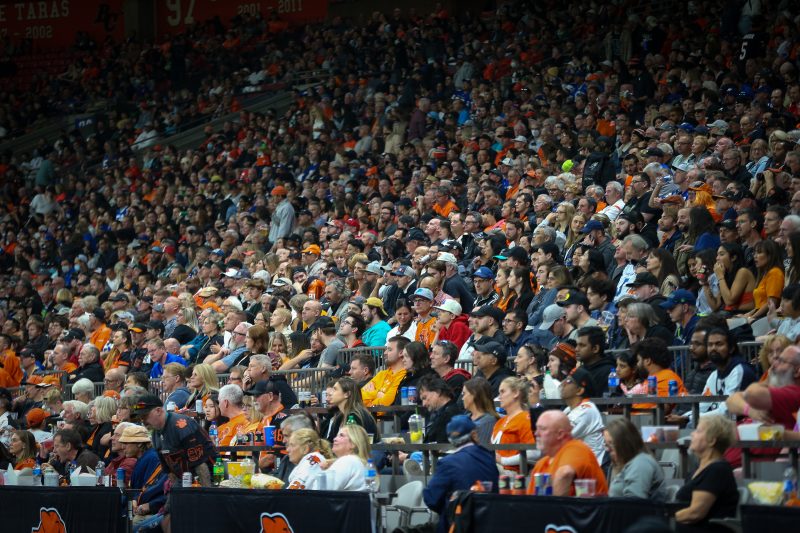 2022 CFL Week 19 when the Lions hosted the Blue Bombers. Photo by Paul Yates

Lee tries to focus on the present. Whether it’s his last playoff appearance in 2018 or the last time the Lions won a playoff game in 2016, none of it matters to Lee now. He was sidelined in the 2016 playoff game because he suffered an Achilles injury earlier that season. Moving forward, Lee gradually learned to be a leader on the Lions’ defence.

Through the times of wins and losses, Lee cares more about the mentorship from all the previous leaders on the team and the valuable lessons from the veterans he played alongside.

“I’m as good as the guys around me. I did a good job of sponging and taking leadership from all the veterans that came before me and adapted a lot of good habits that make me a good player to keep me consistent in this league,” Lee said.

From his dependable attitude on and off the field, injuries are inevitably unavoidable in an athlete’s career. After a hot start to the first half of the 2022 season, Lee dealt with a hamstring injury that set him back for a few weeks.

“We’ve had some lows. We had some bad games and lost some close games. Regardless, I’ve been injured and had to battle through a lot to get to where I am today. I mean, it just makes the story better, to have these challenges to overcome that makes the road to the Grey Cup even much more fruitful,” Lee recalled.

When Lee was sidelined, his teammates Garry Peters, Loucheiz Purifoy, Marcus Sayles and other playmakers stepped up to fill the void of Lee’s leadership. The three defensive ball hawks have been playing some of their best football this season and they have all been named the CFL Western Division all-star in 2022.

“Garry and I fight together to the boundary side. We have good chemistry. He does a good job of telling us about his vulnerabilities for us to cover and vice versa. Same with Chez [Loucheiz], we know he’s a workhorse, we got communication without even talking. Overall, we have trust in each other. The brotherhood in terms of we fight and argue but we for each other and we want the best for each other,” Lee added.

On the offensive side of the ball, receiver Keon Hatcher is having a standout year. During the final regular season game in Winnipeg last week, Hatcher reached a 1,000- receiving yard milestone midway through the game.

The second-year receiver from Tulsa, Oklahoma is living up to his expectation this season. With 70 receptions for 1,043 yards this season, his biggest games came from week four and week eight against Ottawa and Saskatchewan. 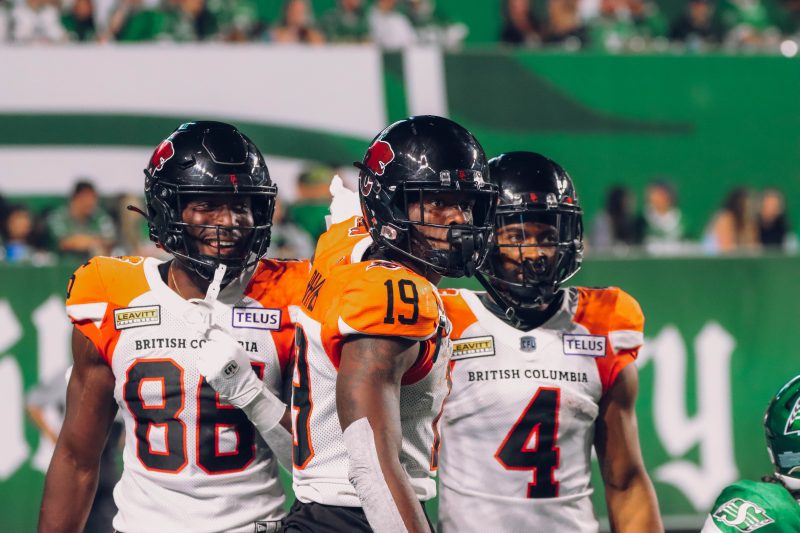 Since Hatcher has reached his 1000-receiving-yard milestone, he can’t kick his legs up on the couch just yet. He said he still has many goals to reach for.

“I think of myself as a baller and it doesn’t matter where I’m at. If I’m playing football, I feel like I’m going to the ball. That’s just what I do. But I got plenty of goals left, that’s just the first one,” Hatcher added.

He climbed his way up the depth chart during his first season with the Lions in 2021. After an offseason to reset, Hatcher elevated his game on the field.

“I had to be more focused and trying to be locked in by knowing every position on the playbook. Learning the ins and outs of the game here in Canada,” Hatcher said.

He might have played a few bowl games in college at the University of Arkansas, but this upcoming game might be one of the most anticipated ones in Hatcher’s career. The last biggest game he could recall was back in high school.

“Playoffs give you a different chill. The air smells different, the energy is different. We’re super excited to have this game at home,” Hatcher said.

Throughout the season, the receivers and the defensive backs have been coming up with numerous unique celebrations after a big play or touchdown. Hatcher said between the receivers, there is no plan or rehearsal behind all the celebration dance moves.

“To be honest, we don’t practice them. One of us has an idea, we’ll say it and go for it. Sometimes we might not even know what the idea is, whatever that person does, everyone else just follows along,” he added.

Both Lee and Hatcher emphasized the chemistry on this team is nothing they’ve ever been part of. Lee said everyone accepts each other for who they are because oftentimes, the veterans will mould young players into a certain prototype. Lee has been learning from the new players, too. Hatcher said this locker room is nothing but love and respect for each other and it translates onto the field.

“In this culture and era that we’re in, you kind of have to adopt some of the things the young guys do. Having a combination of both young and old accounts for our success,” Lee said. 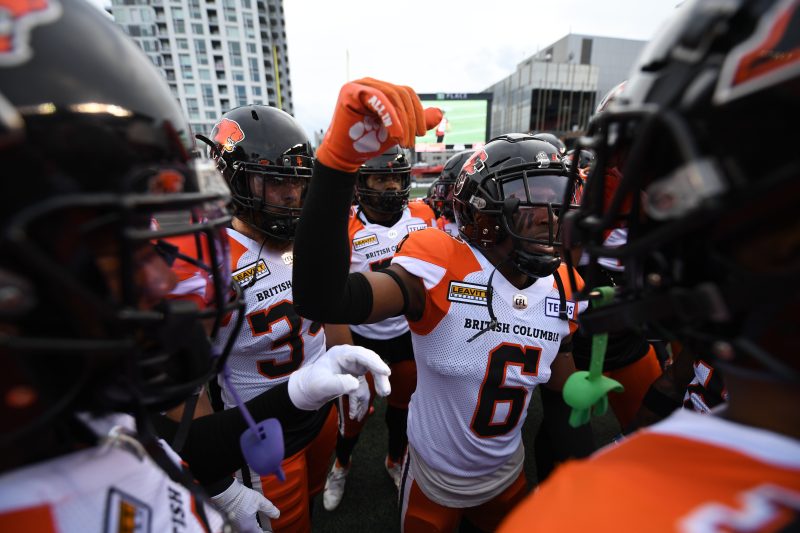