Just A Gobbler | Baron Allows Role To Come To Him 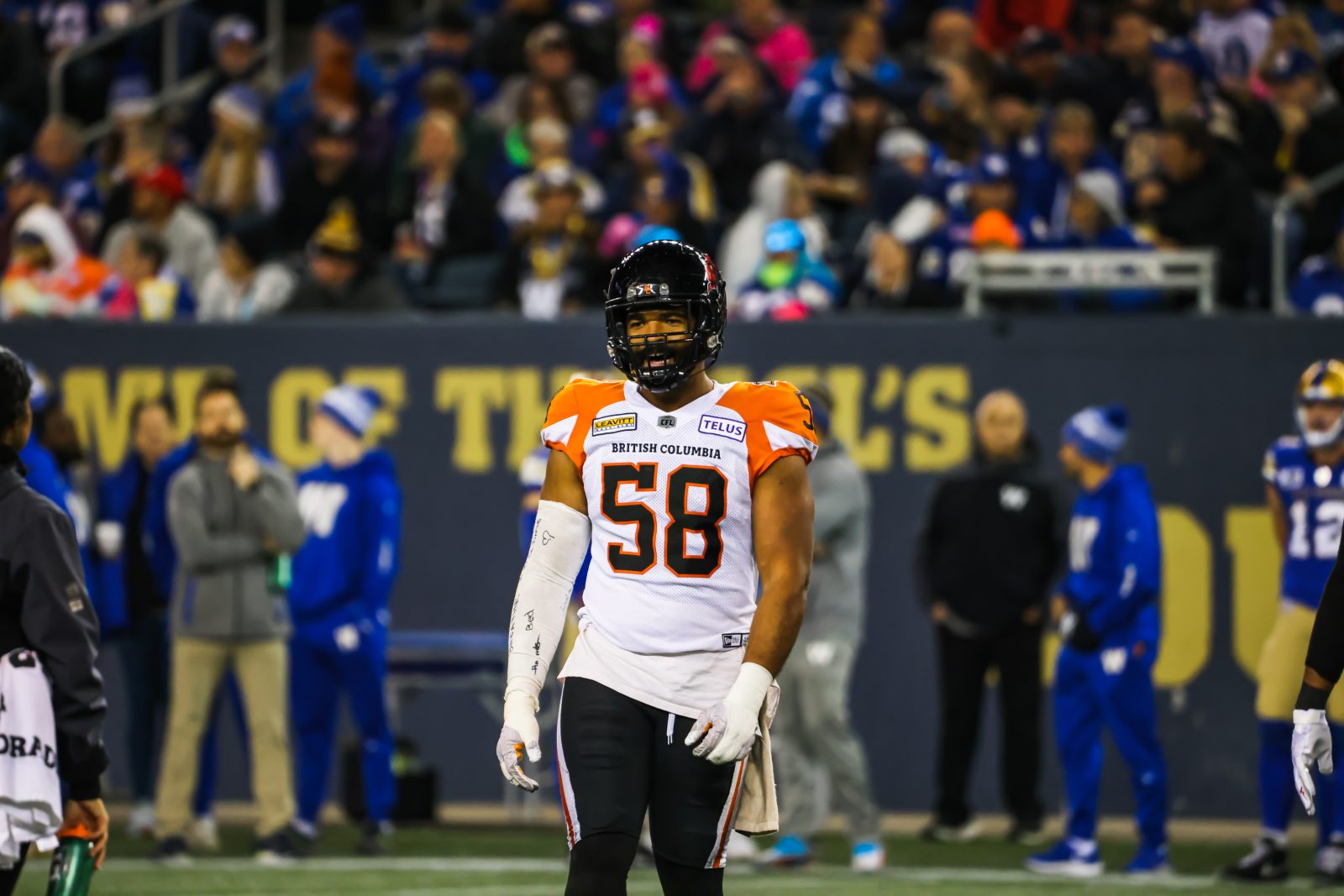 Just A Gobbler | Baron Allows Role To Come To Him

He and his uncles wrote a children’s book together that was about having self-belief and being confident in who you are despite what everyone else’s thinks. A few years later, Woody Baron finds himself in a similar situation navigating on the west coast and plugging himself into an already ultra-competitive Lions team.

Baron, the 29-year-old defensive lineman signed with the Lions earlier this February before the 2022 season, dealt with an unfortunate setback that pushed his debut with the Lions longer than he anticipated.

“It was in my offseason. I was just walking on the treadmill and I felt that something was off so let me go get it checked. We ended up getting X-rays and MRIs. They told me my cartilage was worn. It wasn’t like an incident or anything,” Baron recalled.

By the time the season was about to begin, Baron still wasn’t fit enough to suit up on the field. He missed training camp with this presumably new talented team and missed out on the hot start the Lions underwent.

“I got here…I want to say late July. After the first time, we played Winnipeg this season. That was my first time here. There was an event with the fans and I just kind of slipped in,” Baron recalled.

When he finally was able to return, he found it challenging to assimilate with the rest of the team because of the time he had missed.

The team was 3-1 heading into their second bye-week before gearing up for the Hamilton Tiger-cats. The team held a weekend practice with many fans showing up to the Surrey practice facility, eager to meet the players and participate in the Play with The Pros jamboree.

Baron said this was when the anxiety kicked in as he didn’t know when he could join the team in practices and the culture within the team was already like a family amongst each other.

“It was so tough. You had to be so patient and expect setbacks. We were well behind the perceived schedule. And I didn’t realize how competitive the room was until I was able to participate, which was like August or September or something. It was just like allowing my role to find me because the team was already cohesive. I got here so late,” Baron said.

Baron made his Lions debut during week 16 against the Stampeders. Before his first game, there was still plenty of uncertainty on his timeline. Although he was consistently working with trainers to return to the field, it was another two months of prepping and thinking he was going to be suiting up, but his ankle was still a few steps behind.

“It was monotonous. There was a lot of like showing up to work for meetings and going through the routine of the day knowing you’re not going to participate at the end of the week. My perception back then, was that it was kind of meaningless. You’re basically just here for therapy, which is pretty much the same every week. It’s just hanging in there, don’t get too disconnected from the process,” Baron added. 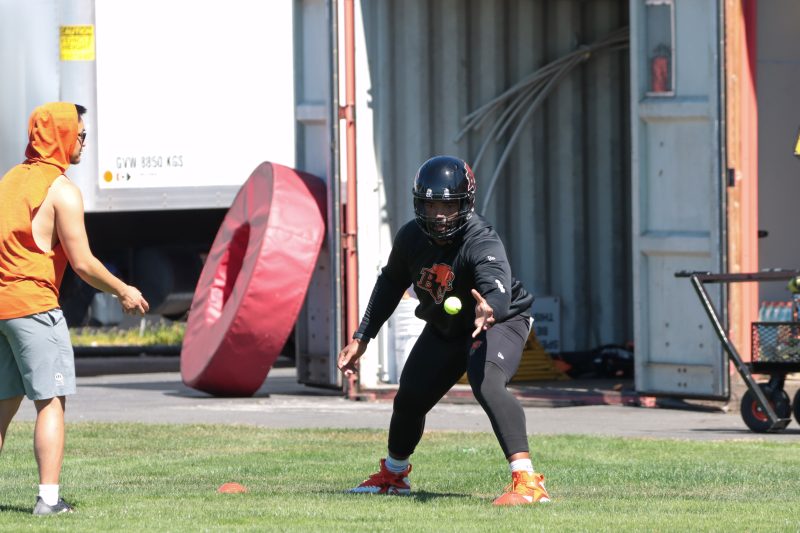 His 2022 campaign was the epitome of the theme from his children’s book, #JustaGobbler. When Hokie was eager to show off his talent for the upcoming show, he became too concentrated on what other contestants thought that he didn’t scrutinize what he thinks of himself.

From signing a new contract with the Lions to him slowly finding his groove back onto the field, the best thing for Baron was to value himself based on the person that he knows the best.

“The book is all about the danger of comparing yourself to others. Because you’re never going to be enough if it’s other people’s scale. I think this is a prime example of knowing you got to stand in your lane. A lot of people have their own opinions, but maybe not value yourself based on their opinions that are going to change all the time,” Baron said.

The Spanish major at Virginia Tech started working on #JustaGobbler with his uncles, James Baron and Henry Taylor when Baron was in his senior year. The four-year letterman and the team captain for the Hokies have a lineage of football background as both of his uncles have played professionally.

“It was a sweet idea. I have to give credit to my uncle, James. When I was finishing up school, he was starting his family so he had a lot of little kids. I’ve always wanted to write and he had the idea to put those things together. We were able to get that project started,” Baron recalled.

“I just think the message was so relatable. I read it in schools. I think the oldest kids I’ve read to are in Grade 5. They relate to it, and as I’m reading it, I relate to it. It just shakes hands with a lot of different people.” 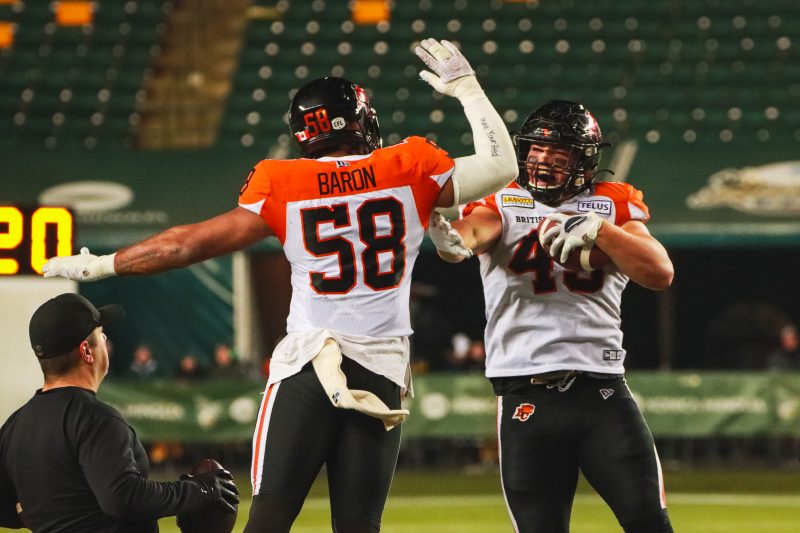 When Baron let his role on this team come to him, he began to feel more like himself. Fast forward to this past weekend, Baron and the defence played a stellar game to keep the Lions ahead against the Stampeders for the majority game.

In a competitive group within the defensive line, Baron expressed the feeling to play this far into the season is simply uncharted. As he already experienced the CFL playoffs twice during his time in Montreal, the west coast just feels different — especially with a defensive line who all want to feast on the opposing offence.

“This is the furthest I’ve been in the playoffs and I’m soaking in this moment. It feels right. I’m not letting it get too big. And I don’t think it’s a secret why we are here. We earned it. That’s reassuring,” Baron added.

“This D-line is so good at what they do but they’re so easy to get along with as people. I had them all over the house a couple of weeks ago. That’s a great group of people to be around.”