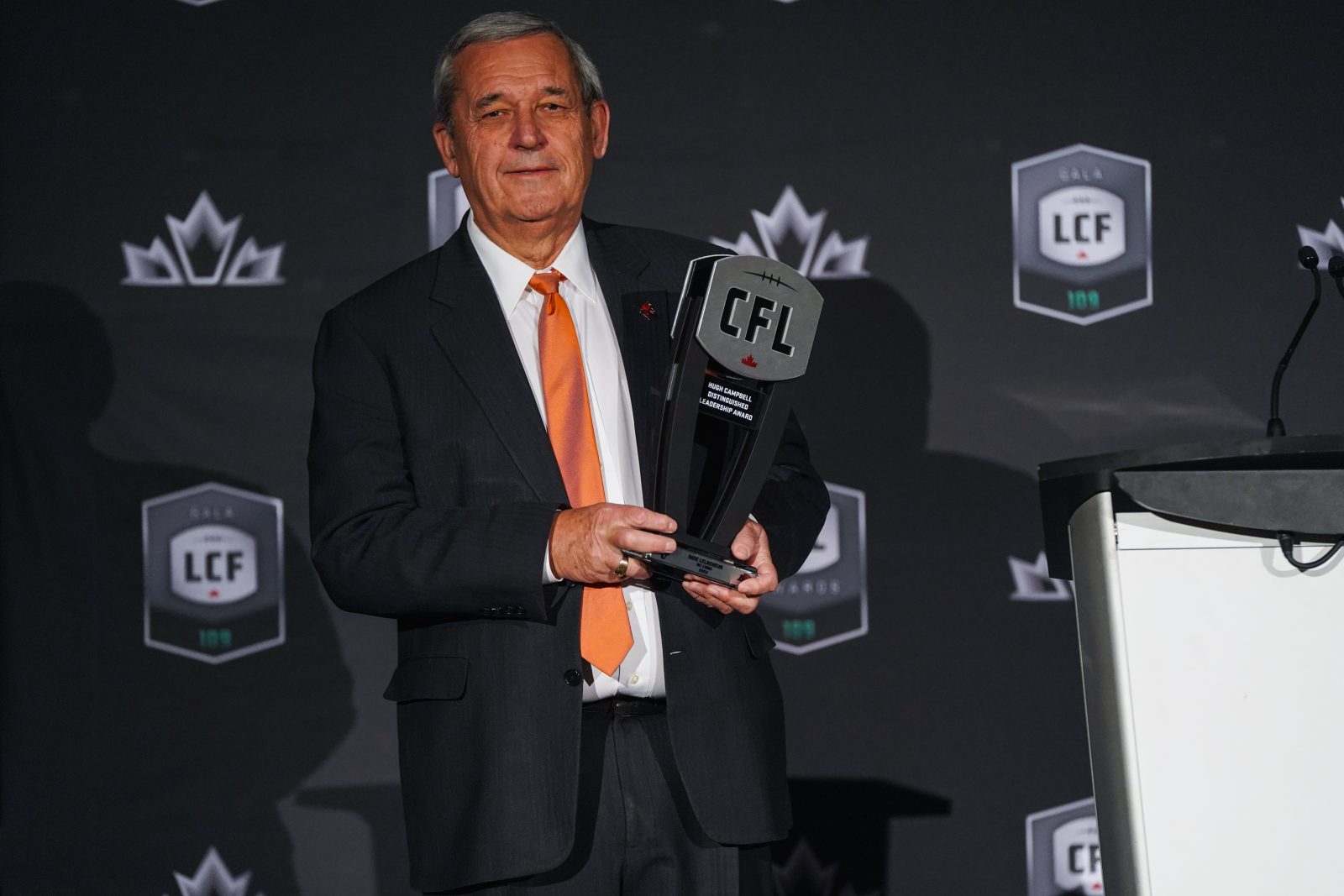 Since 2006, the award has been presented to an individual who has demonstrated great leadership and made significant contributions to the Canadian Football League. LeLacheur is also the first two-time winner of the award, having previously won in 2011 during his tenure as team president in Edmonton.

“It’s a great honour to be once again recognized with a great group of people who have won this award. Hugh Campbell was a big mentor for me in my early days in the CFL. To be mentioned in the same class as one of our league’s all-time great winners and individuals is very humbling, “LeLacheur said.

“I would not have come to BC at all if it wasn’t for my wife Joan who is as big of a football fan as I am.  We have really enjoyed our time here. With an award of this significance, it’s not about only the winner but more about the team of individuals you surround yourself with.

The BC Lions have a great staff who take pride in representing the club and the entire CFL. The Lions have made great strides on and off the field and I am delighted to be leaving the organization in great hands starting with our owner, Amar Doman.”

LeLacheur heads into retirement after serving in his capacity with the Lions since January 2018. Over the last five years, he engineered the club’s successful ownership transition from the estate of David Braley to Amar Doman of Futura Corporation.

This past season, the Lions enjoyed a resurgence both on and off the field, increasing their average per-game attendance by thousands and packing in over 30,000 spectators for the Western Semi-Final victory over Calgary.

The Edmonton native served as president and CEO of the Eskimos from 2002-11, with highlights including two Grey Cup victories, and also served on the CFL Board of Governors in both Edmonton and BC.

LeLacheur joins an exclusive list of those with associated with the BC Lions to win the award: Dr. Robert McCormack (2021), Wally Buono (2018) and the late Bob Ackles (2007).