Break the Stigma on Drug Overdose 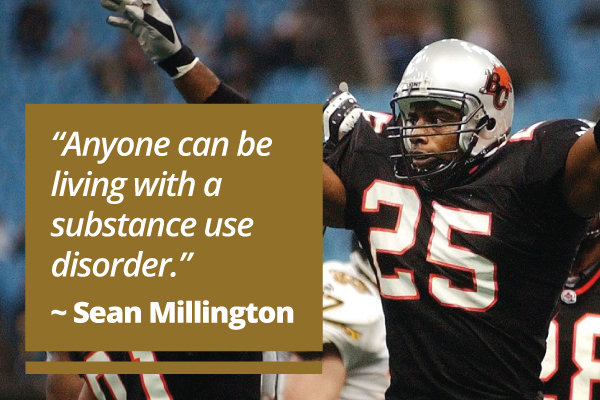 Break the Stigma on Drug Overdose

Earlier this year, the BC Lions partnered up with the government of B.C. to address the stigma around drug addictions. It was January 17 when the club and the ministry of mental health and addictions teamed up to help raise awareness of the impact of drug addictions.

The province of B.C. is battling an ongoing overdose crisis with illicit drugs. From January 1 to September 30, 2022, a total of 1,644 people died from illicit drug use, according to the BC Coroners Service’s report.

A few members of the BC Lions have been actively spreading awareness of the stigma of drug addictions outside their time in the gridiron. It ultimately comes down to everyone else in the community to check up on their family, friends and the people in our community.

To combat the overdose crisis, we must start by addressing the stigma around drug addiction.

Two-time Grey Cup champion Sean Millington said, “having been born and raised here in B.C., I’ve seen the effects of the toxic drug crisis and all the lives lost. People need to know that addiction can affect anyone. That’s why I want to get involved.”

2011 Grey Cup champion JR LaRose, a member of One Arrow First Nation, talked about how he witnessed people close to him dealing with addiction when growing up. It became a conversation that he deeply cares about.

“I know firsthand that words can hurt people. What you say matters,” JR LaRose.

In an episode of Move the Chains, 2021 CFL Most Outstanding Canadian Bo Lokombo, as well as head coach Rick Campbell and the director of community partnerships Jamie Taras joined the minister of mental health & addiction Sheila Malcolmson to examine the ongoing overdose crisis in the province of B.C.

“I spoke on what we think addiction looks like. Because it could be anyone. A co-worker, a family member, or even a big CEO of a company. I know how important it is to reach out to let that person know that you care and they’re not alone,” said Lokombo during episode 12 of Move the Chains.

In 2022, 71 percent of those dying from illicit drug use were people aged from 30 to 59. Out of this age category, 79 percent of them were male, according to BC Coroners Service.

Taras, who played 16 seasons for the Lions, said men often put up a mask to be strong to deal with their issues internally and not ask for help.

“I think a part of that is because we want to pretend everything is alright. As men, if we realize that we are struggling, if we have an issue, we do have to share it with someone else that we care about or we trust. Otherwise, we are going to be alone and we are going to feel more isolated and not getting the help we needed,” Taras added during Move the Chains episode.

In football, coaches are beginning to be more aware of the mental aspect of the game. As head coach Rick Campbell mentioned the importance of providing a safe place for players to talk about their injuries.

It goes the same for the stigma around drug addiction.

Often, the conversations between each individual only reach the surface level. The Lions and the government of B.C. have collaborated to urge everyone in our community to seek help when needed, as well as check up on your close ones during this holiday season so no one is left alone.

The following stories were also used as references in this piece: