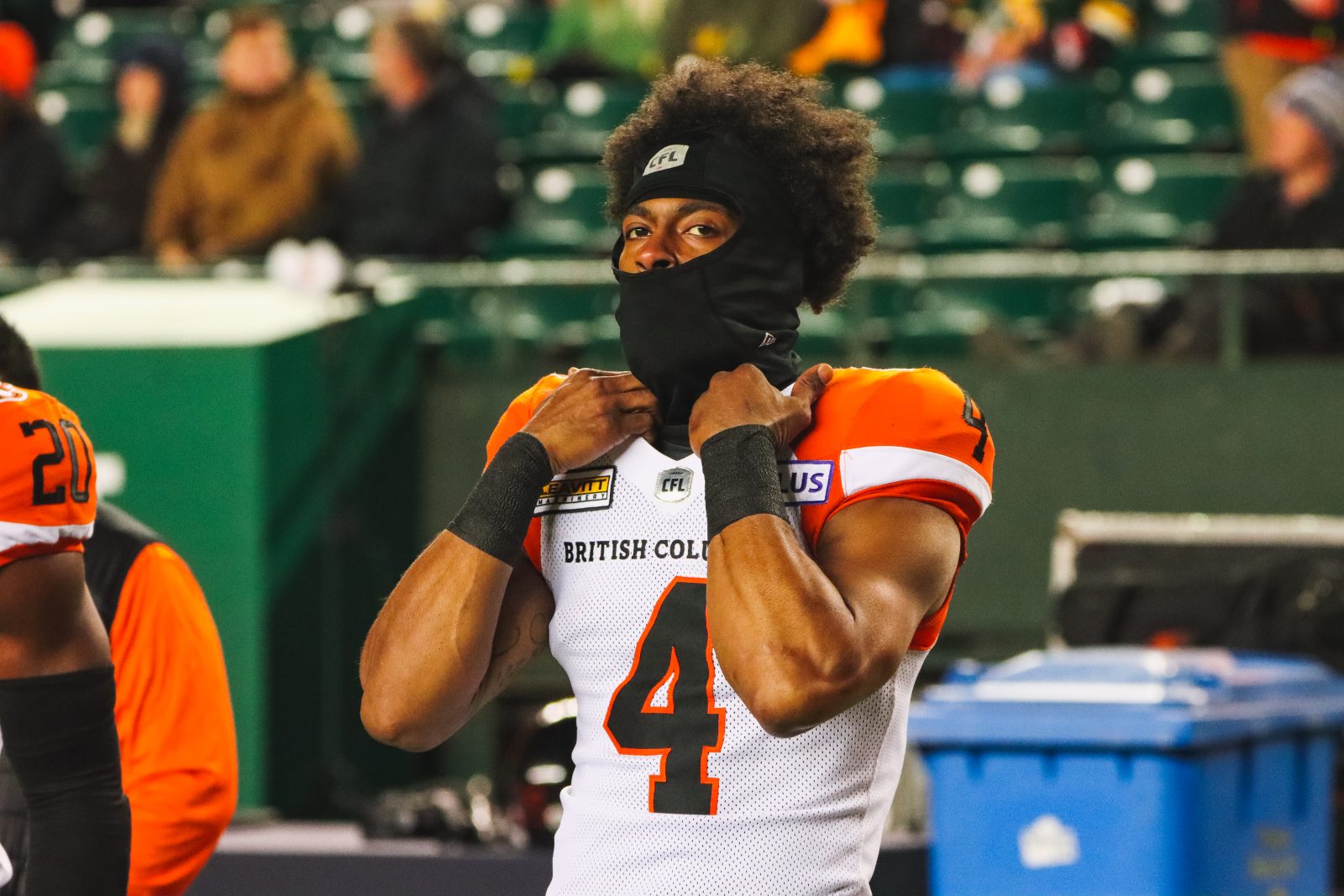 This offseason, Keon Hatcher is taking another step forward with the Lions community. The receiver out of Tulsa, Oklahoma is staying in British Columbia this winter to forge his body through training routines that will prepare him for a new campaign.

Last season, Hatcher and the Lions’ offence displayed a firework-like performance throughout 2022, scoring touchdown after touchdown and getting fans out of their seats.

With the departure of Nathan Rourke to pursue his NFL dream with the Jacksonville Jaguars, Hatcher and the remaining members of the Lions have full confidence in Vernon Adams Jr. going forward.

“I posted on my Instagram storytelling Nathan ‘congratulations.’ I called him before the season, I’m not even going to lie. I knew his time was going to be short here just the way he prepares for the game. The way he conducts himself and the way he plays. He’s supposed to be on the other side, he’s got a bright future,” said Hatcher on Wednesday morning.

“That kid has it. He has everything you want in a quarterback. I played with Aaron Rogers, I played with Derek Carr. Nathan has the trajectory to be that kind of player. I’m super excited for him to go do his thing,” Hatcher praised about Rourke.

And just like that, a new chapter begins following Rourke’s farewell media availability on Tuesday. Hatcher said the receivers got in touch with Vernon Adams Jr. and believe he can get the job done.

Although it’s still the early stage of the offseason preparation, the players like Hatcher are sticking to their routines and not aiming to peak until right before training camp.

During this time of the year in rainy Vancouver, it also allows Hatcher to spend much-needed quality time with his daughter.

“Just waking up every morning to get a workout in and be with her. I only got to see her a few times like during the bye weeks and late into the season. It’s been a few months since I didn’t get to physically see her. It’s good to spend time with her. She needs it. I needed it more,” Hatcher added.

It was a dream come true moment for Hatcher when he brought his daughter to her first game when the Lions rocked out the throwback gun metal jersey in Week 19 against the Blue Bombers. A few weeks later, she also witnessed Hatcher reaching the endzone off of the trick play in the Western Semi-final against Calgary.

“Letting her see me play ball, she was so excited. She understands dad is number 4 and he gets to the ball to try to score. She understands touchdown and she told me she saw her dad on the big screen. It was pretty cool,” Hatcher recalled. 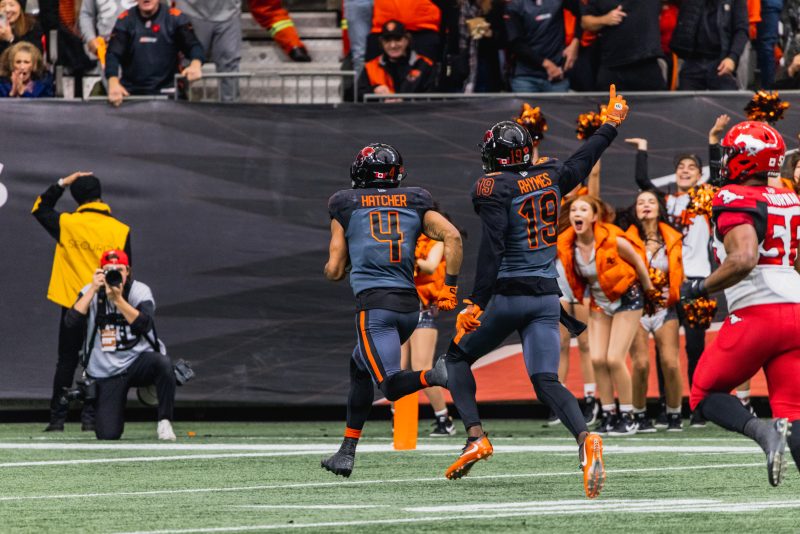 He willalso be taking initiatives this offseason by becoming one of the presenters for the Lions community programs like Energy Champions and Team Up To End Racism (TUTER). Hatcher will begin his training for those programs this Friday with the club’s community coordinators before he steps into the classroom to present in front of the students.

“The kids are the future so we have to try to prepare them the right way mentally. And just letting them know how this world is, so they have to be equipped and be ready for the things to come. Just overall how to be a good person and a good-hearted person and think for the others before you think for yourself,” he added.

On top of partaking in community initiatives with the team, Hatcher and fellow receivers are all-in on building a new offence with Vernon Adams Jr. Hatcher is hopeful that he and his quarterback will establish a profound connection on the offence before the start of training camp.

For Adams Jr. to join a new team in the middle of the season and learned a new offence on the fly that wasn’t designed for him to begin with, that alone earned  Hatcher’s respect for Adams Jr.

A few weeks after Adams Jr.’s first start for the Lions, he dished out his first Lions touchdown to Hatcher in Week 17 against the REDBLACKS.

“We have that much more respect for VA. Just the way he handles himself when he first came in. We know we can ride with VA. We know if things ever go bad, he’s still going to be riding with us. We’re excited for VA.”

Hatcher isn’t concerned about losing his 2022 starting quarterback to the NFL, he and the receivers aren’t expecting any less compared to last season. With three receivers who reached 1,000 receiving yards, they’re aiming to add another receiver to the list in 2023.

They have put in the work to turn a 2021 losing season into a Western Final exit with their head held high, Hatcher said the trajectory is going up.

“As an organization, as a team, as a player, we are going up. Big-time players make big-time plays. I have been hearing that since I was younger that really stuck with me. I have to make big plays for my team,” he added. 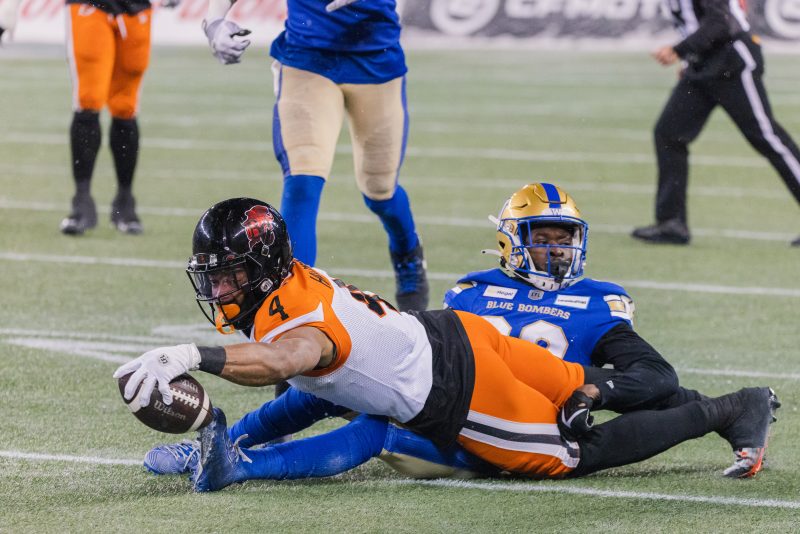